The Iowa Department of Education removed guidance for districts on providing equality for transgender students from its website earlier this year to review it for “continued legal accuracy.”


The guidance has been replaced with the following message: “The content of this webpage is currently being reviewed for continued legal accuracy in light of recent court decisions.”


Damian Thompson, director of public policy and communication at Iowa Safe Schools, said there is “nothing sinister” about the department removing the guidance and taking its time to update it.

Iowa Safe Schools offers services and supports to students who have been bullied anywhere in the state of Iowa.


Thompson said the department removed the guidance on equality for transgender students more than six months ago — and alerted Iowa Safe Schools before doing so. Thompson said it included “outdated language” such as using the word “transgendered.” “Being trans is not a verb. It’s a noun. You just are,” Thompson said.


“The policies the department has put forward reflect the Iowa Civil Rights Act, which protects gender identity and Title IX. I look forward to the department continuing to update and provide the best policies possible for our transgender youth,” Thompson said.


Thompson, who said he works with the Iowa Department of Education often, said the department is “extremely busy, more so than a lot of other state agencies.”


“We’re glad they’re being thorough” with the updates, Thompson said.


Gender identity was added to the Iowa Civil Rights Code in 2007, and Title IX guidance at the federal level was first released in 2016. Iowa released similar guidance in 2017, and those procedures have been followed in public schools since.

Title IX is a federal civil rights law that was passed as part of the Education Amendments of 1972. It prohibits sex-based discrimination in any school or any other education program that receives funding from the federal government.


According to the state Department of Education’s earlier policy and guidance on equality for transgender students:


“The department has a responsibility to issue guidance that is consistent with all statutes, rules, and other legal authorities,” Iowa Department of Education spokeswoman Heather Doe said in an email to The Gazette in May. “Several months ago, the Department removed the guidance from the website for review since it was last updated in 2017. To ensure the Department provides the most up-to-date information on the issue, the guidance was removed pending a thorough review of all relevant legal authorities.”


The department did not respond to further questions.


Keenan Crow, One Iowa director of policy and advocacy, who uses they/them pronouns, said they are “unaware” of any court decisions that would impact the current guidance.


“It does seem to be in some ways a political response and not a response to any sort of judicial decisions,” Crow said. “As Gov. Kim Reynolds has gotten more vocal in opposition to policies that protect transgender kids, this has come off the website at the same time.”


Republicans Gov. Kim Reynolds and U.S. Rep. Ashley Hinson, who both face re-election this year, quietly met in May with Linn-Mar parents in Marion who were concerned about the district’s transgender policy, which aligned with the guidance from the Iowa Department of Education. 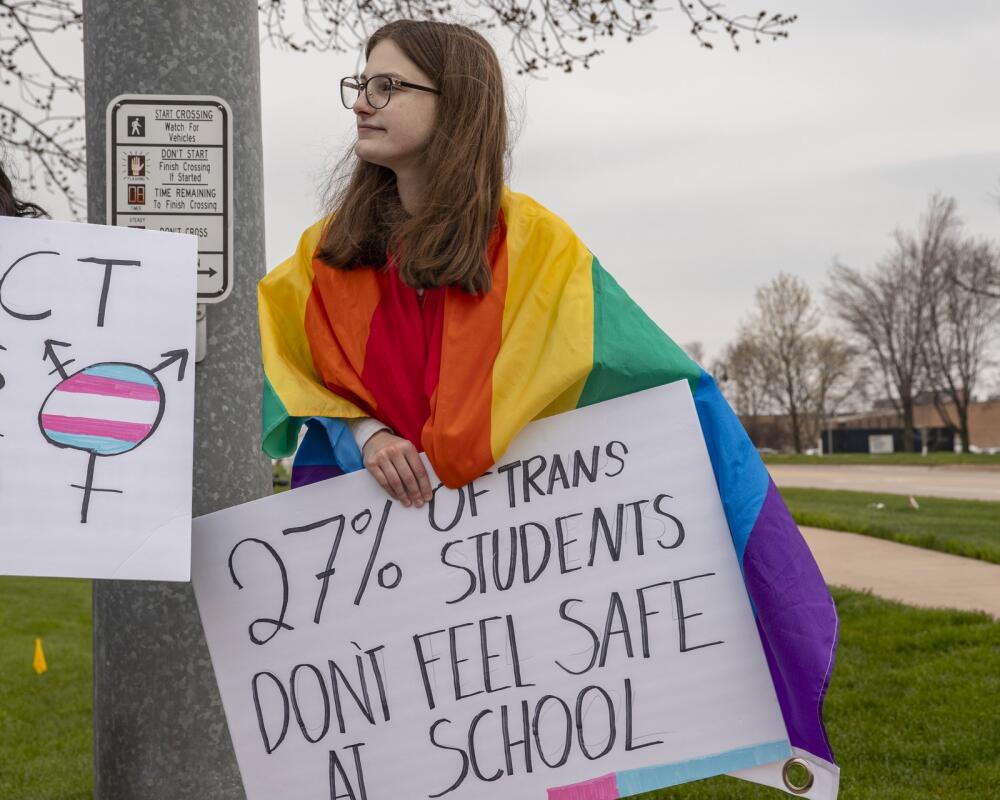 So are we to be outraged that they removed it, or applaud them that they did it as it is reviewed so that it would be legally accurate? I'm confused.
You must log in or register to reply here.