Haley: Republicans need to 'double-down' on Miller-Meeks to hold onto Iowa 2nd District

What an embarrassment MMM is to her district!:

"I like to say I got elected by more than six votes. Six is what they cheated me down to," Miller-Meeks told the crowd of roughly 90 supporters.

Haley, viewed as a potential presidential candidate in 2024, campaigned for Miller-Meeks last fall. And, Haley’s Stand For America PAC issued its first endorsement of the 2022 election cycle to Miller-Meeks.

"We need to double-down," Haley said if Republicans have any hope of holding onto the congressional seat and winning back the House in the 2022 midterms. "The first race is hard. The second race is harder. ... And they're going to put even more money into trying to defeat her this time. So what we want to do is have the wind at her back."

Miller-Meeks said she was called a "traitor" and a "RINO (Republican In Name Only)" by "a small portion of individuals" for joining Democrats and 34 other Republican House members to back legislation to create an independent, bipartisan commission to investigate the Jan. 6 attack on the U.S. Capitol.

"I was supporting the rank-and-file Capitol Police," Miller-Meeks said. "Mostly, I wanted to know why there was a breach of security, and at whose level? Because, we've never been able to ask questions of all of those individuals in leadership who were terminated or forced to resign immediately."

Miller-Meeks said she felt it was the "rational, pragmatic thing to do."
"I was very concerned if this commission, with equal representation (from both parties) ... and an end date, did not go through that (House Speaker) Nancy Pelosi would set up her own commission and it would be another partisan, political hack job. I was right."

Pelosi announced this week she will create a select committee to investigate the Jan. 6 attack on the Capitol after Republicans blocked the formation of an independent commission.


Miller-Meeks said she will not vote for Pelosi's commission.

So far, no Democrat has stepped up to run for the seat that's expected to be as competitive as they come, where the 2020 election results showed an evenly divided district.
The hesitancy by Democrats to jump into the race to win back the seat, which had been held for 14 years by former U.S. Rep. Dave Loebsack, who retired from Congress at the end of last year, has raised questions about Democrats' fatigue and receding strength as a party in a state viewed for decades as a true battleground.

Scott County and eastern Iowa Democrats say uncertainty and delays in redrawing congressional boundaries have played a factor, presenting a problem for challengers announcing and rolling out campaigns not knowing the geographic and political contours of the district in which they would run.


"That’s where you’re seeing a little bit of pause in movement on the congressional front, but I don’t think that means we won’t have a candidate," Scott County Democratic Party Chairwoman Elesha Gayman said. "The most vulnerable you are is after your first term, and when you win by only six votes in a contested process, that does not spell shoe-in or anointed candidate. That doesn’t, to me, spell a recipe for victory."

Additionally, while Republicans may have benefited from increased turnout with Trump on the ballot, the electorate will likely look different than it did last cycle. And even last cycle, Iowa’s second district had a razor-thin margin, Gayman said.
"I do not write off a Democrat coming in and being able to take that congressional district," Gayman said. "I wouldn't write it off completely yet. There's folks having conversations. ... Democrats don’t feel defeated. If anything, everyone is more fired up that ever."
Johnson County Democratic state Sen. Kevin Kinney, who eyed a run for Loebsack's 2nd district seat in 2019, said he was approached by the Democratic Congressional Campaign Committee to run for the seat, but is not interested.


"I don’t want to go to Washington, D.C.," Kinney said. "I like it here I Iowa and feel I can be much more productive here in our state legislature."
Hart as well will not seek a rematch against Miller-Meeks in 2022, according to a former campaign staffer.


"House Democrats delivered COVID-19 relief for Iowans, led us out of the pandemic, and are laser-focused on investing in infrastructure and creating jobs in Iowa – no thanks to Rep. Mariannette Miller-Meeks," DCCC spokesperson Elena Kuhn said. "Iowa’s 2nd Congressional district was one of the closest races in the country, and voters won't soon forget that when it mattered most, Miller-Meeks sided with extreme party leaders instead of doing the right thing for Iowa."


Miller-Meeks argued with businesses and schools reopened, the federal pandemic-related unemployment benefit payments are discouraging people from returning to work.
She also praised Davenport Republican state Sen. Roby Smith and the GOP-led Iowa Legislature for changes made this year to the state’s elections laws. The package included myriad changes, including a reduction in the time and methods for early voting.

"She is small, but she is mighty," Haley told the crowd, calling Miller-Meeks a "rock star."
"No one had to start their congressional career wondering if they were even going to stay in the seat, wondering how they were going to battle the challenger that kept on poking and knowing the Speaker of the House wanted her out," Haley said. "But, what did she do? She hunkered down. She got to work. She ran circles around Nancy Pelosi. It's put a bigger target on her back, because they see that she's smart, she's tough and she's willing to get things done."
That, Haley said, includes administering COVID vaccinations as a licensed physician and pushing bills supporting veterans and rural health care.

"She knows where her priorities are," Haley said, which includes "pushing back on the ridiculous spending" proposals put forward by President Joe Biden's administration, "elections bills that are trying to kill our integrity" and "anything that's trying to hurt our legal immigration."

"She was at the border before (Vice President) Kamala (Harris) ever even thought about going to the border," Haley said of Miller-Meeks to applause from the crowd. 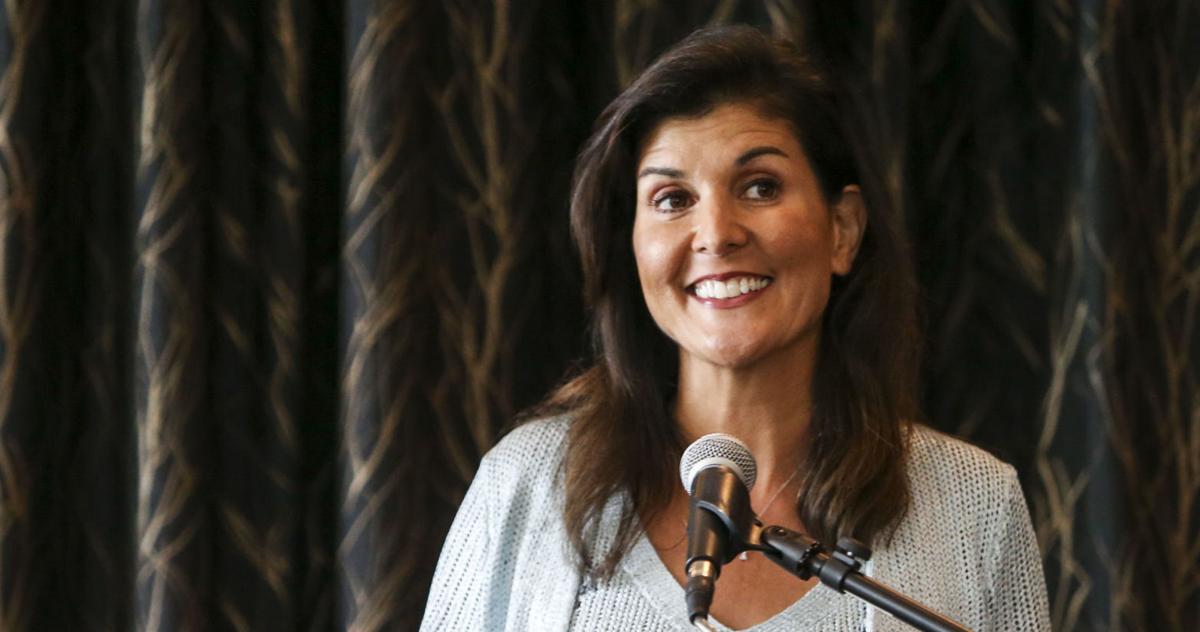 Haley: Republicans need to 'double down' on Miller-Meeks to hold onto Iowa 2nd District

Former South Carolina governor and former U.S. ambassador to the United Nations Nikki Haley encouraged a crowd of Scott County Republicans to "double down" on their support of freshman Republican 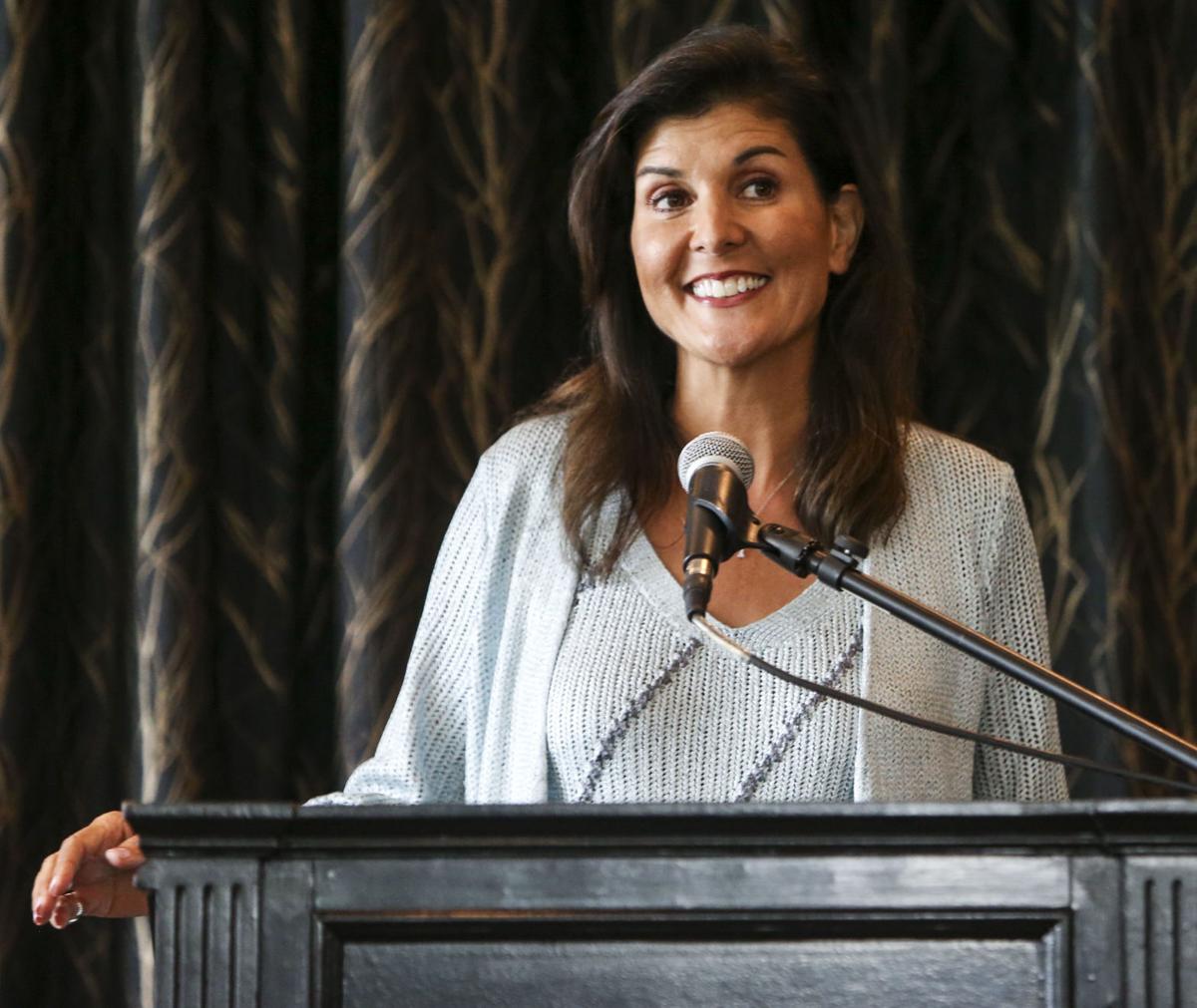 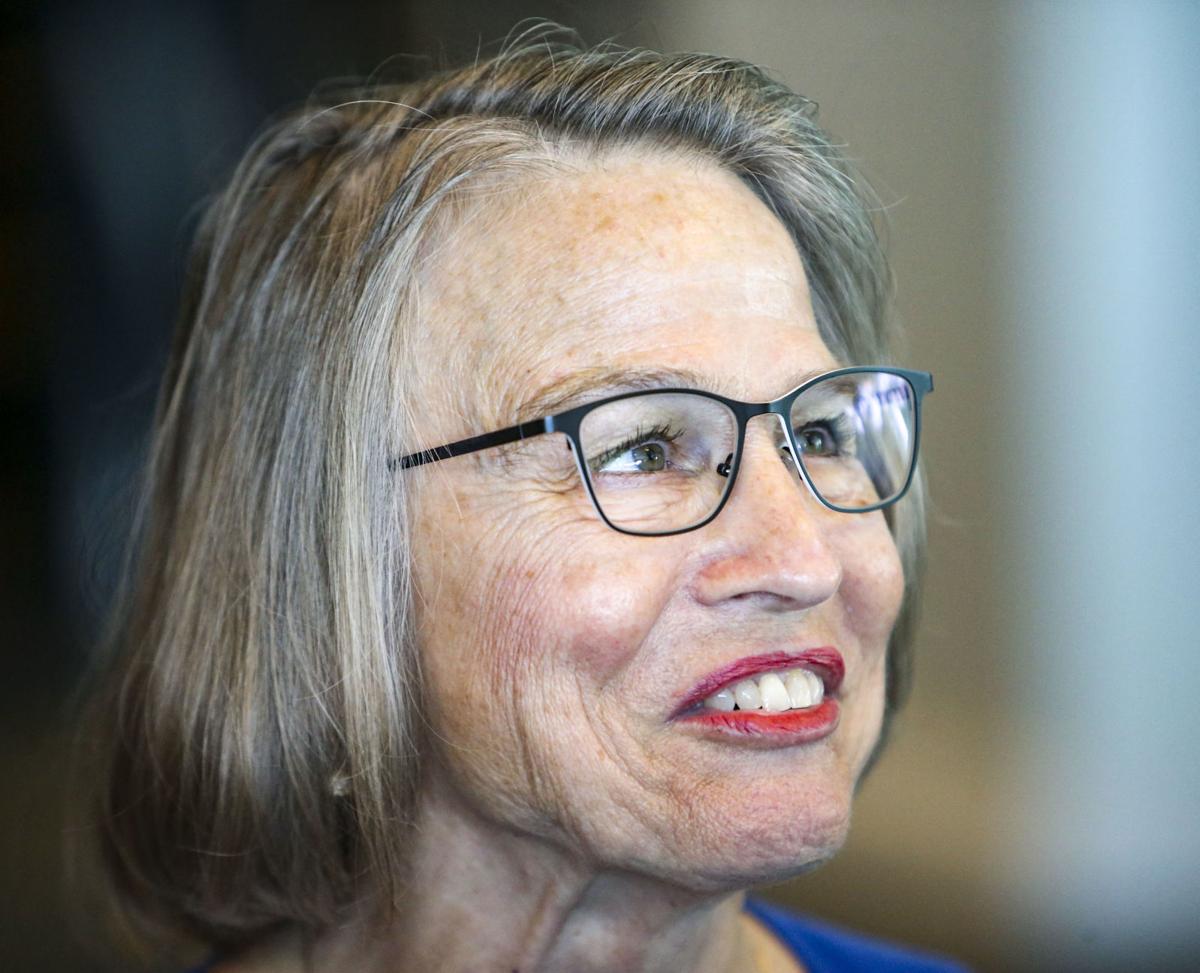 Not me.
Reactions: Huey Grey

If Johnson County turns out, she is toast.
Reactions: sober_teacher

Into cold, pragmatic, triangulated for self promotional sex, huh?
Reactions: TJ8869 and cigaretteman

Depends on the boundaries of the district, and what's going on with the cult leader. I understand the history of mid term elections, but, I also think that turnout will be lower, and if the people who didn't regularly vote, who turned out in 2016 and 2020 just to vote for Trump aren't interested, then the Dems have a solid pathway to success.
Reactions: cigaretteman

lucas80 said:
Depends on the boundaries of the district, and what's going on with the cult leader. I understand the history of mid term elections, but, I also think that turnout will be lower, and if the people who didn't regularly vote, who turned out in 2016 and 2020 just to vote for Trump aren't interested, then the Dems have a solid pathway to success.
Click to expand...

Iowa didnt lose a seat, so I’d be surprised if there was more than cosmetic changes to those districts.
Reactions: cigaretteman
M

sober_teacher said:
Iowa didnt lose a seat, so I’d be surprised if there was more than cosmetic changes to those districts.
Click to expand...

With the growth around Des Moines, that district may lose Dallas County to NW Iowa. And with the growth in Johnson County, we may lose several of the westernmost rural counties in this district. Don't underestimate the impacts until we see the new map.
Reactions: cigaretteman
You must log in or register to reply here.

Miller-Meeks registers to vote at state senator's home in LeClaire