Well, the big picture didn’t change much in the race for governor with the latest campaign finance disclosures turned in last week. Republican Gov. Kim Reynolds raised a bunch of cash and Democrat Deidre DeJear trails far behind the incumbent.

DeJear has been able to run a couple of TV ads recently, including a solid introductory ad. But she needed to make her introduction to Iowans months ago. She still is little known. Reynolds is well known, but despite that, still is the favorite.

Reynolds donated nearly $300,000 to the Republican Party of Iowa for use in other GOP races. So Democrats’ inability to help DeJear become more competitive is the mistake that keeps on giving to their opponents.

Come fly with me — Reynolds was kept airborne by a string of donors offering flights as in-kind contributions, adding up to $84,238 for 10 flights.

The governor’s sky king is Board of Regents member David Barker of Iowa City, who contributed three flights totaling more than $44,000. That includes an Aug. 5 flight costing $25,337.

Illinois state Rep. Tim Ozinga donated a $17,400 flight on Aug. 23. Ozinga is the co-owner of a ready mix and construction materials business in Mokena, Ill.

Disclosures don’t include destinations for these flights. They should.


Whole hog — Reynolds affinity for all things hog continues to pay off.


Gamblers — Earlier this year, Reynolds signed as bill placing a new moratorium on new casino licenses for at least two years. It stopped Cedar Rapids’ latest bid for a casino in its tracks, which was good news for Elite Casino Management, which owns and operates the Riverside Casino & Golf Resort. Riverside stands to lose a sizable chunk of its profits of Cedar Rapids opens a gambling parlor up I-380.


Sometimes, you have to pull a slot arm to win big. But sometimes a few strokes of a bill-signing pen can help you hit the jackpot.


So high-flyers, high-rollers and hog barons. The Reynolds coalition will be expecting a big payoff during the next four years. 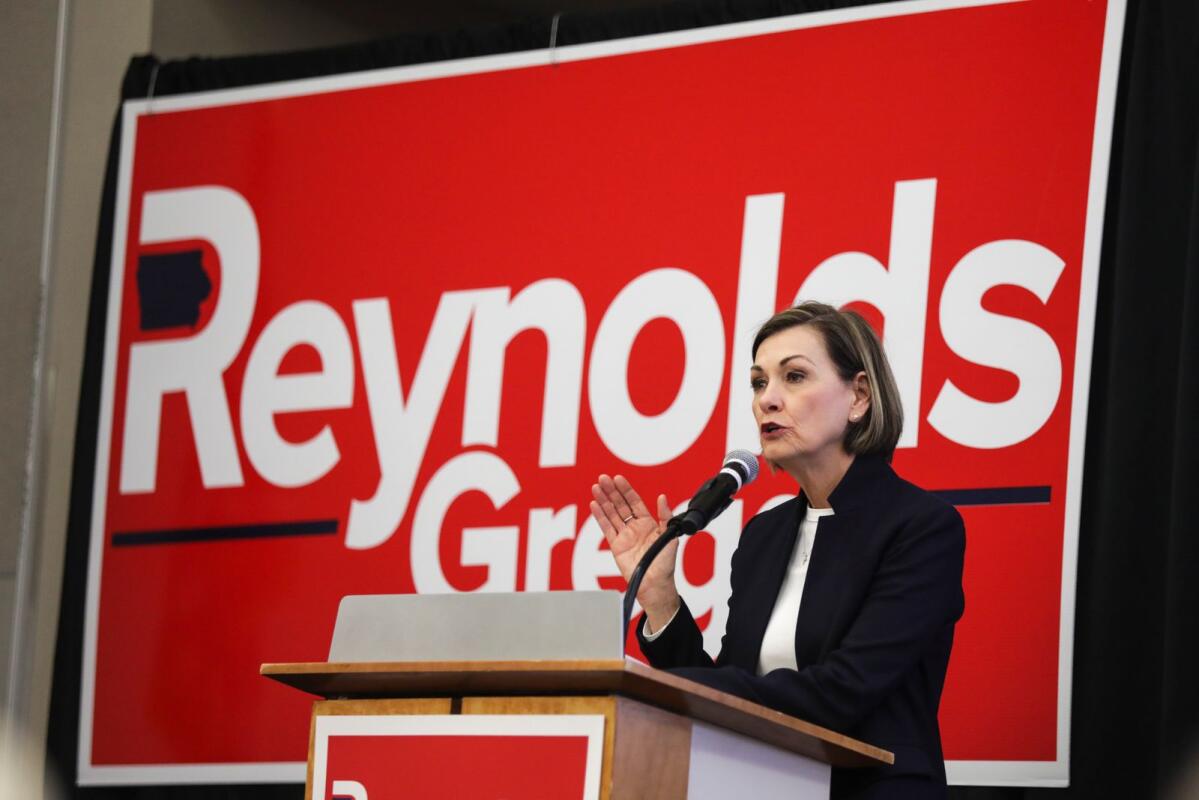 Iowa Gov. Kim Reynolds addresses supporters during a campaign event for her reelection on Friday, March 11, 2022, the Hotel …

The Condition of the State is vindictive