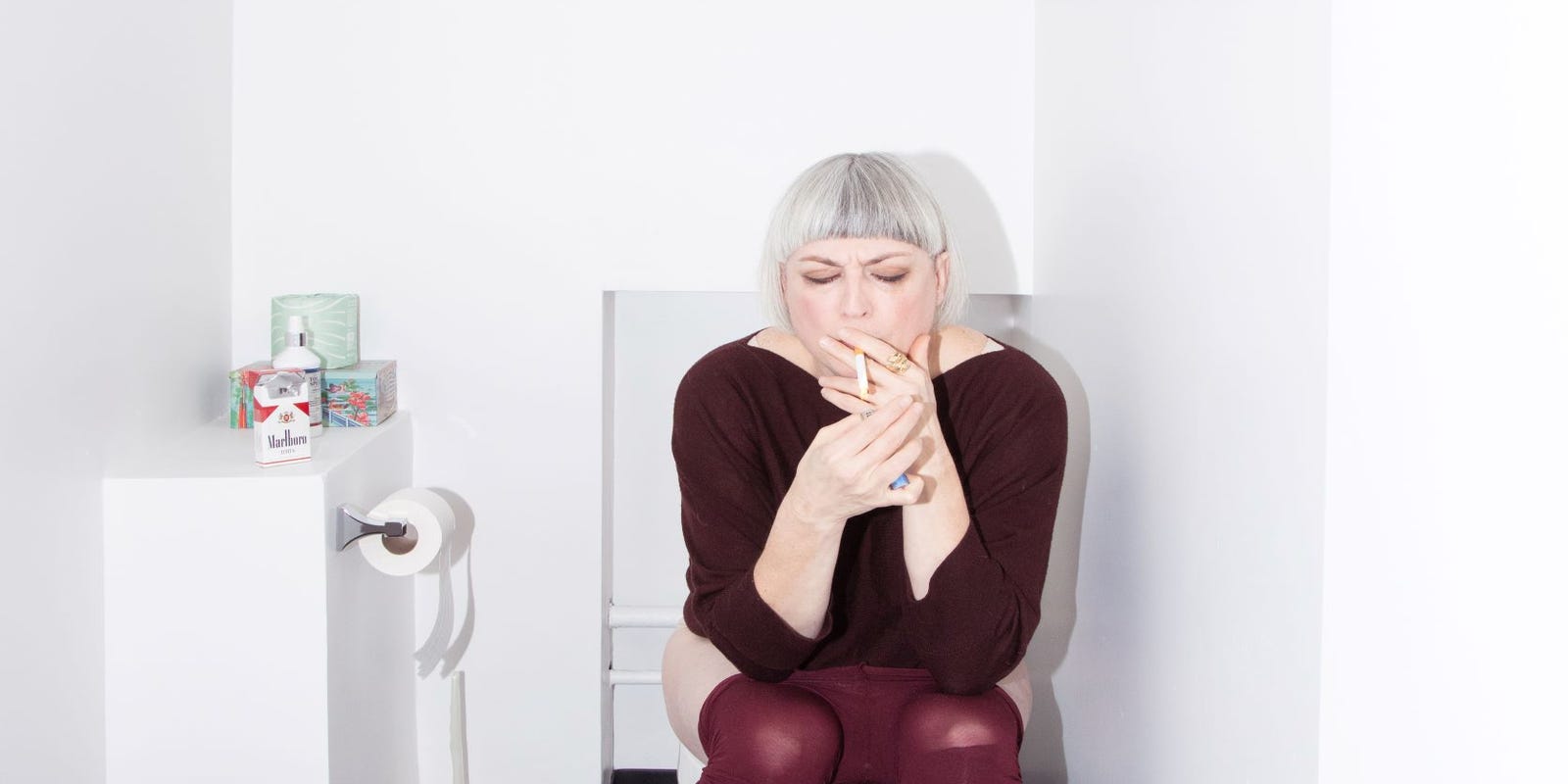 She won numerous grants and awards, including one for an Iowa Arts Council Fellowship.

Her works hang in the Des Moines Arts Center and at the World Food Prize, where four charcoal drawings of Secretaries of Agriculture from Iowa are featured in the Iowa Gallery of the Hall of Laureates.

But now she can add bathroom as one of her most interesting gallery spaces. She converted the third-floor bathroom at Fitch Studios, 304 15th St., in the Western Gateway into a gallery of found objects from artists around the world. And her hope is that the exhibit travels out of state to give Iowa artists more exposure. 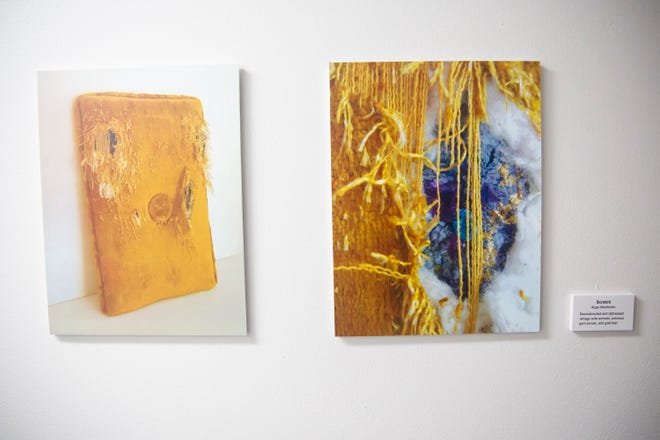 While on a news fast in December, she focused on repainting and organizing her studio. With the floors revamped and walls ready for a new project, she decided not to stop there, redoing the third-floor bathroom of the building that houses art studios and turning it into a gallery.

“I know it’s a bathroom,” Kabel said in a press statement. “But it’s a fun challenge to push the boundaries of the space. Plus, it has a steady stream of visitors. Unlike art museums, everyone visits the bathroom.”

On Feb. 25, she unveiled “Lost and Found,” an exhibit featuring an international group of artists and poets showcasing found art. That could mean leftovers from a previous project, an artfully edited Wikipedia entry or even poetry. Kabel defines “found art” as "something that has acquired an unintended meaning either through accident or an intentional alteration." 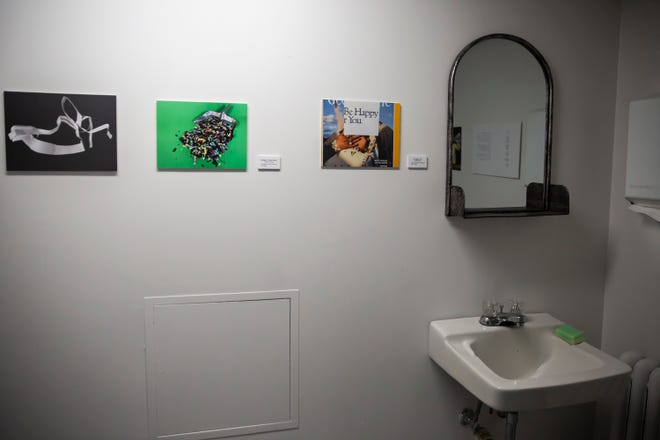 “Here you have some other artists from around the United States and around the world who I like their work. And I'm like, ‘How can I bring that to Des Moines?’” she said.

Ange Altenhofen from Chariton submitted “Scratch” from 2018 with a portion of a vintage armchair torn apart by her cat’s claws. She added gemstones to the ripped armrest. 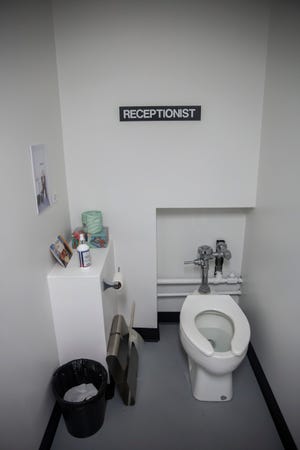 Rachel Merrill, an associate professor of art at Grand View University, submitted “The Jazzercize Workout Book, How the Waist Was Won,” a commentary on the “performative demands of womanhood, competition, and self-preservation.”

Australian poet Benjamin Dodds created an erasure poem based on the Wikipedia entry for toilet paper.

Kabel’s pieces include a receptionist sign she found under a large metal cabinet housed in the bathroom. She affixed it to the wall. Artist Ben Easter worked with Kabel through their Belle Morte Collective to shoot a photo of her on the toilet smoking a cigarette, the first pack Kabel said she ever bought.

Kabel said that after the show ends on March 31, it moves to 11 Cherry Salon in downtown Des Moines, followed by possible trips to bathrooms out of state. 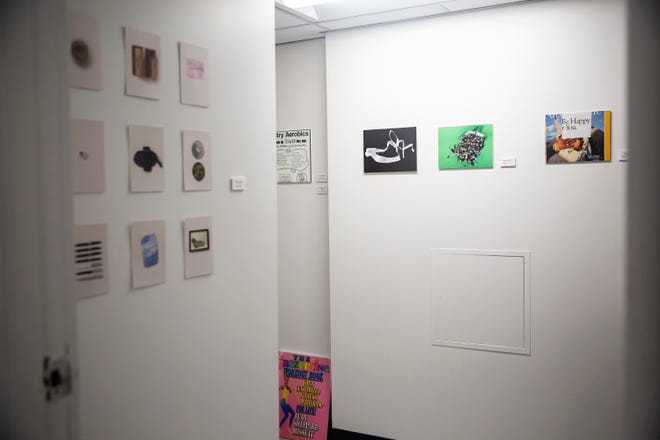 “I know some artists that have had good success outside of the state, and they're doing wonderfully well,” she said from her studio. “But there's like a weird forcefield around the state of Iowa. And it's really hard for artists to get outside the state.”

Kabel spends a lot of time visiting other artists in their studios across the state just to find out what they're doing.

More:Des Moines baker Andrew Fuller, of Sugar Freakshow, will star in a new Netflix show 'Is It Cake?'

"They're all these fascinating artists working, doing all sorts of things that you would never expect," she said. "Maybe it's because the state has these little silos and there's not as much communication between them. But, damn, there's some really good people doing really great work." 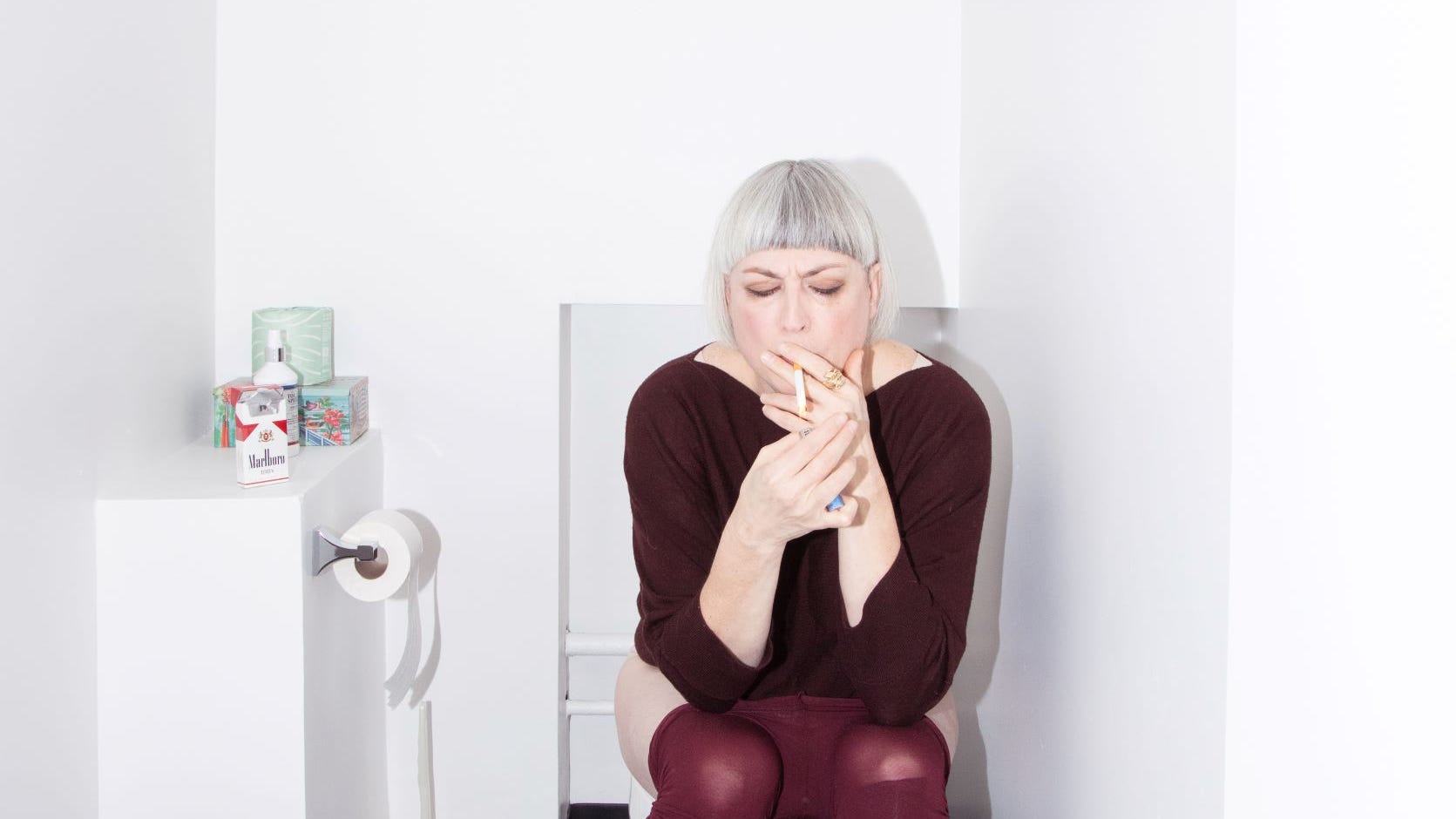 Larassa Kabel's new 'Lost and Found' exhibit inside a bathroom at the Fitch Studios showcases artists from Iowa. She hopes to get national exposure.
www.press-citizen.com
You must log in or register to reply here.

Former Mumford & Sons member Winston Marshall says he was 'condemned' by other artists following controversial tweets: 'I lost a lot of friends'