RNHawk said:
That’s what Hitler thought of the jews
Click to expand...

I think you are wrong. It is what Hitler thought of the Jews plus the holocaust times Pearl Harbor and divided by COVID19.

Be responsible- don’t have an ectopic pregnancy
Reactions: mnole03

Huey Grey said:
Whole lot of fake concern in this thread. Pretty hard to claim compassion when you're cheering on government forced births with zero plans to take care of all these government babies afterwards.
Click to expand...

Also at this point if you are in a committed relationship or married and don’t want a baby then close up shop on the pussah to any sexual activity from your husband/partner.

I don’t give a crap how sexually frustrated it makes their male partners….if you don’t want a baby it is the only power women have in this country.

Tom Paris said:
Why do YOU want millions of unwanted children added to our population? I know damn well you don’t want to pay for them.
Click to expand...

Didn't realize you were against illegal unaccompanied immigrant children coming to country and adding to our population.

So what happened before 1973? Did we just have millions of unwanted babies sitting around on the sidewalk that people walked past on their way to work?

Huey Grey said:
Whole lot of fake concern in this thread. Pretty hard to claim compassion when you're cheering on government forced births with zero plans to take care of all these government babies afterwards.
Click to expand...

The Republican governments just was to force the births, Rifler.

Huey Grey said:
The Republican governments just was to force the births, Rifler.
Click to expand...

Not surprised you have to punt on your response to Republicans forcing births.

Huey Grey said:
Not surprised you have to punt on your response to Republicans forcing births.
Click to expand...

Again,... not the impregnators.

SA_Hawk said:
Didn't realize you were against illegal unaccompanied immigrant children coming to country and adding to our population.

So what happened before 1973? Did we just have millions of unwanted babies sitting around on the sidewalk that people walked past on their way to work?
Click to expand...

You didn't answer the question. Don't whatabout. Why do you want millions more children born into poverty each year? I know you don't want to pay for them.

RNHawk said:
That’s what Hitler thought of the jews
Click to expand...

You didn't answer the question. You guys never do. You continue to prove the narrative about wanting babies born but don't want to take care of them after that. You're backwards as usual.
H

cigaretteman said:
Chicago Abortion Fund Executive Director Megan Jeyifo was at a comedy show when a rapid-fire series of news alerts and text messages lit up her phone: A draft U.S. Supreme Court opinion leaked Monday indicated the majority of justices plan to overturn Roe v. Wade, threatening abortion rights throughout much of the nation.
The nonprofit leader was at first outraged and then sorrowful. But suddenly, also on her phone, she saw that donations were pouring in from donors who were just as angry and terrified at the prospect of waning abortion access around the country.
“We’ve been preparing for this,” said Jeyifo, whose organization funds abortions as well as transportation, lodging, child care and other costs associated with travel for the procedure. “Our language has been ‘when Roe falls,’ not ‘if Roe falls.’”

The landmark 1973 Supreme Court case has established the right to an abortion nationwide for nearly 50 years. But if Roe were to be overturned, the matter of abortion rights would be decided by individual states.

While abortion will still be legal in Illinois — which has ensconced reproductive freedoms in state law — experts anticipate that more than half the states in the nation would ban or significantly chip away at the right to terminate a pregnancy. This includes every state surrounding Illinois.

“It felt like a gut punch,” said Planned Parenthood of Illinois President and CEO Jennifer Welch. “I was stunned that the Supreme Court appears poised to ignore 50 years of settled law.”

Welch predicted that anywhere from 20,000 to 30,000 additional patients could travel to Illinois each year to terminate a pregnancy if abortion rights are overturned.

This is on top of the ever-increasing number of patients who already cross state lines to come here for the procedure. Nearly 10,000 people came from out of state to have an abortion in Illinois in 2020, according to the latest data available from the Illinois Department of Public Health. This was a 29% increase over the previous year, when about 7,500 patients traveled here for the procedure from another state.

The number of abortions here for out-of-state women has risen every year since 2014, according to state health data.

While the news of Roe’s potential demise was shocking, Welch said her agency has been preparing for this possibility for the past five years by increasing the number of health centers, expanding access at facilities, creating a new telehealth program and launching the biggest fundraising campaign in the agency’s history.
“We are proud to say that abortion is still safe and legal in Illinois,” Welch said in a written statement. “This is a devastating blow for the millions of people who will suddenly find themselves in an abortion desert; facing a daunting dilemma — travel hundreds of miles to access an abortion, seek an illegal alternative or carry a pregnancy to term against their will. We will continue to fight so that everyone can access the fundamental reproductive health care they need and deserve — no matter what.”


In Chicago, officials were considering ways to make the areas around abortion clinics safer for women walking in and out, Northwest Side Ald. Carlos Ramirez-Rosa said Tuesday.

He said options might include strengthening city ordinances that create protected zones around clinics where anti-abortion protesters aren’t permitted, or organizing community groups to escort patients to and from the clinic doors.
“With many neighboring states now likely to outlaw abortions, we need to make sure Chicago remains a safe place for women to turn,” Ramirez-Rosa said. “We’ve seen extremists outside these clinics … so it’s incumbent upon us to make certain we’re doing what we can to ensure that safety.”
As for the Chicago Abortion Fund, Jeyifo said her organization already faces a huge increase in need, as many states have in recent years enacted more burdens on abortion access including restrictions on clinics, gestational limits and mandated waiting periods before a patient can have an abortion.
“Our callers have been living in a post-Roe world for decades,” she said. “This is the reality so many people already face.”

In 2018, the organization provided funds for roughly 180 people seeking an abortion; in 2022, more than 500 people on average are calling for financial assistance each month, she said.


In March, those calls for assistance came from 25 different states, she added.
So far, the fund has been able to help every request that’s come in for the past three years, Jeyifo said. But if Roe falls, she worries that demand might start to exceed their budget.
The thought that some patients could be turned away brought tears to her eyes.
“We are already strained,” she said. “I’m thankful for the outpouring of support. But I’m wondering how we sustain it.” 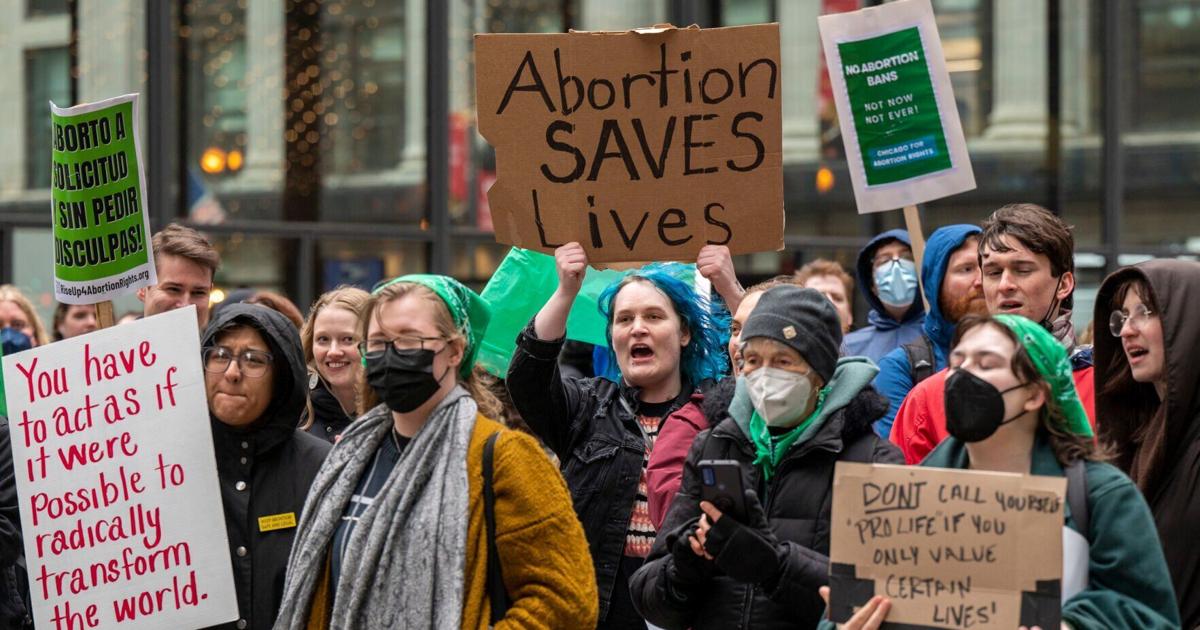 And the retarded fools who have elected the comrades running that state can pay for it!! Win-win!

Tom Paris said:
You didn't answer the question. You guys never do. You continue to prove the narrative about wanting babies born but don't want to take care of them after that. You're backwards as usual.
Click to expand...

I do contribute to the care of them after they are born, just because they are born into poverty Doesn’t mean they should be slaughtered. What kind of sick evil person thinks that? You need Jesus
You must log in or register to reply here.

A Painful Preview of a Post-Roe World