HIWILLE said:
A lot of horrific stories and videos about the pit bulls over the years. One that sticks out in my head was that little girl I believe out of Clinton where that pitbull damn near tore her face off three or four years ago. I remember sending money for that. Wonder how she’s doing today.?
Click to expand...

I was looking for an article and saw the below image on the Clinton Iowa Humane Society web page. Several photos of new adoptions of pit bulls so it seems that they promote the adoption even after that incident.

It should be "No Amount of Scars"

WhiteSoxClone said:
No need to piss on our parade. This is one of the few topics that brings 95% of HORT together. Its nice to have a few kumbaya topics to ease the tension on the board.
Click to expand...

Pit bull attacks, boobs, and Ukraine apparently are the glue that keeps HORT from shattering into trillion pieces.
Reactions: timinatoria, HawkeyeShawn, Thunderlips71 and 3 others
S

Tenacious E said:
Whoa whoa whoa. My girls have each notched a couple of kills. 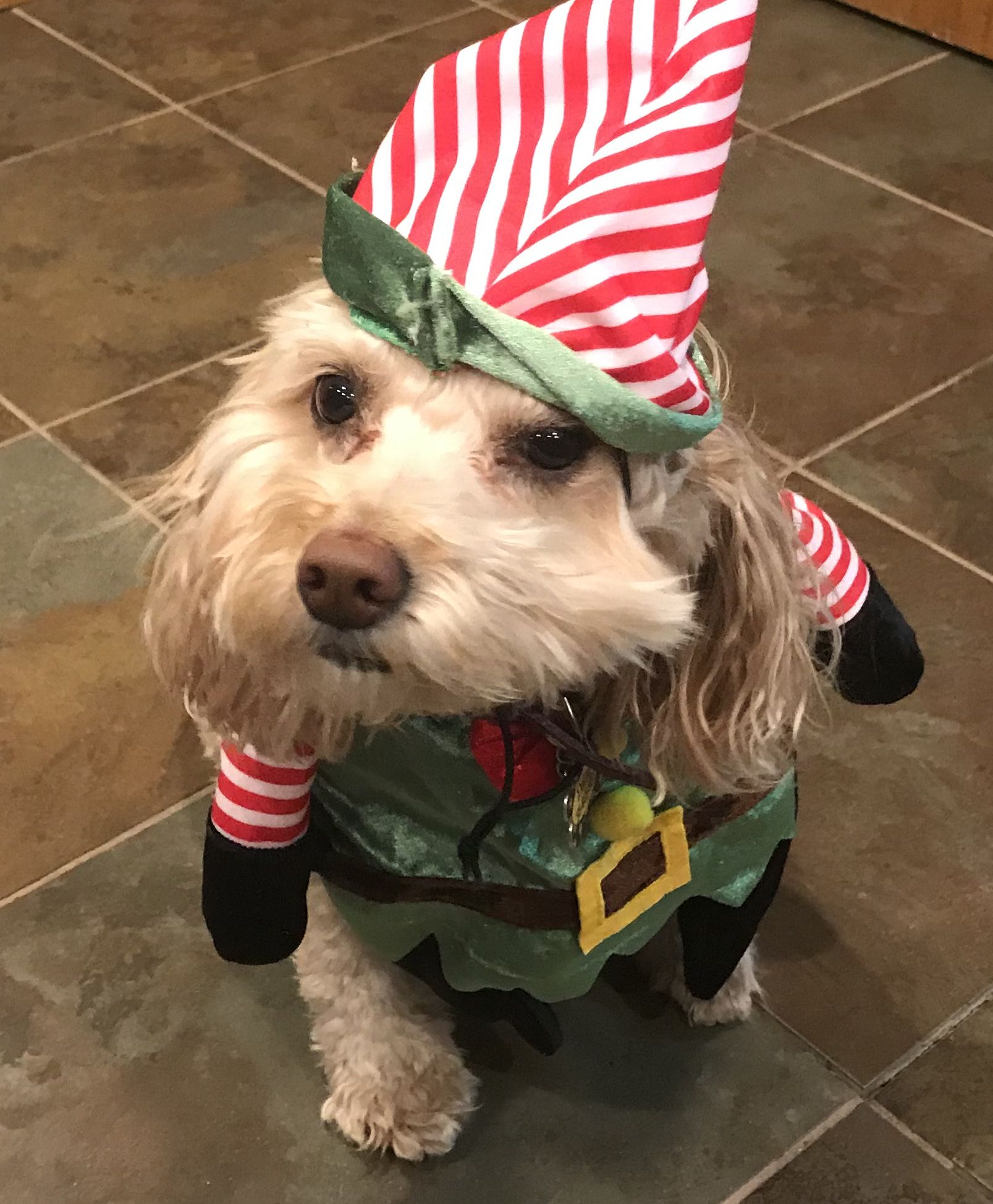 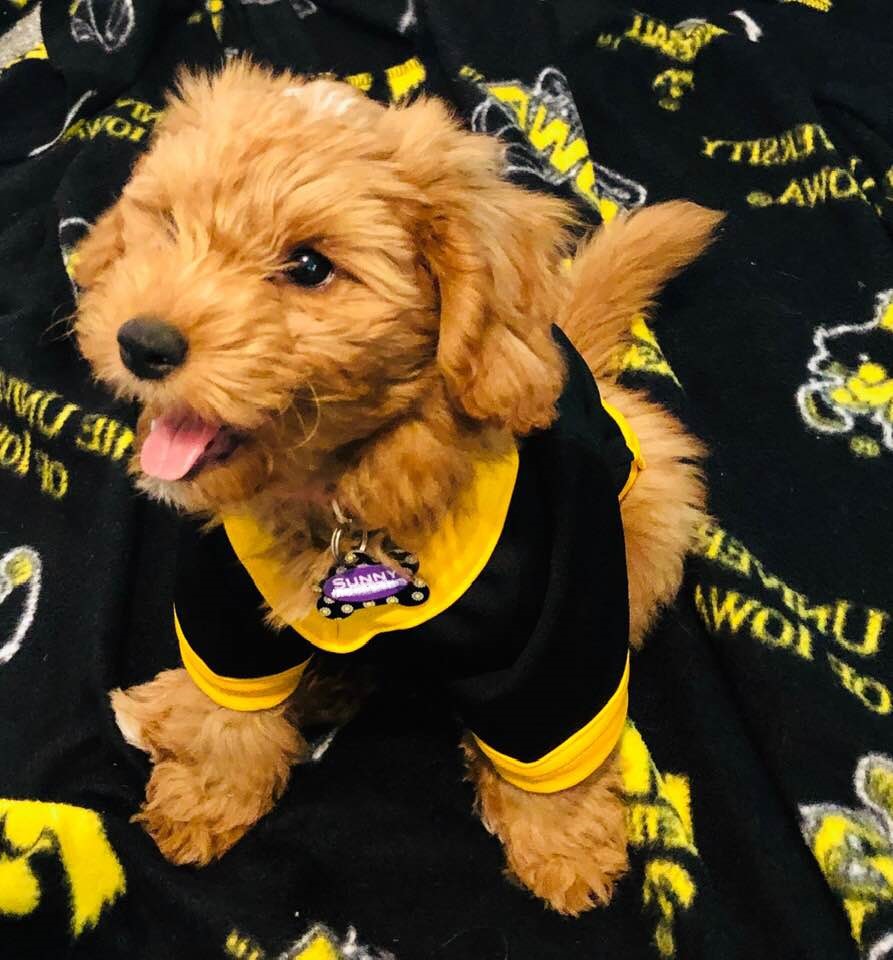 Every time I see one of these headlines I think "them f****** chihuahuas!"

These are the dogs 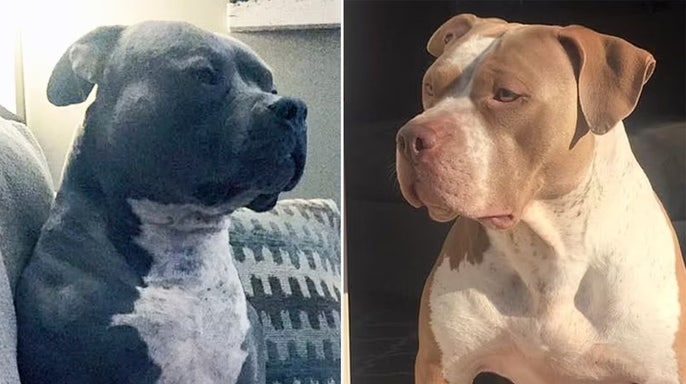 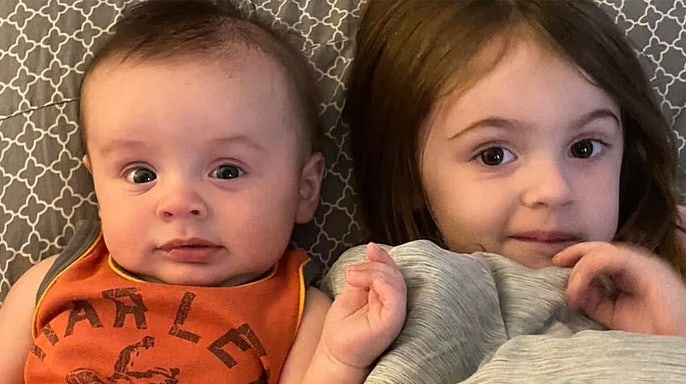 What’s the difference between a pit bull and a poodle?

When a pit bull starts humping your leg you let him finish
Reactions: hawksurprize and JupiterHawk

Have to admit, I was expecting a much trashier family. 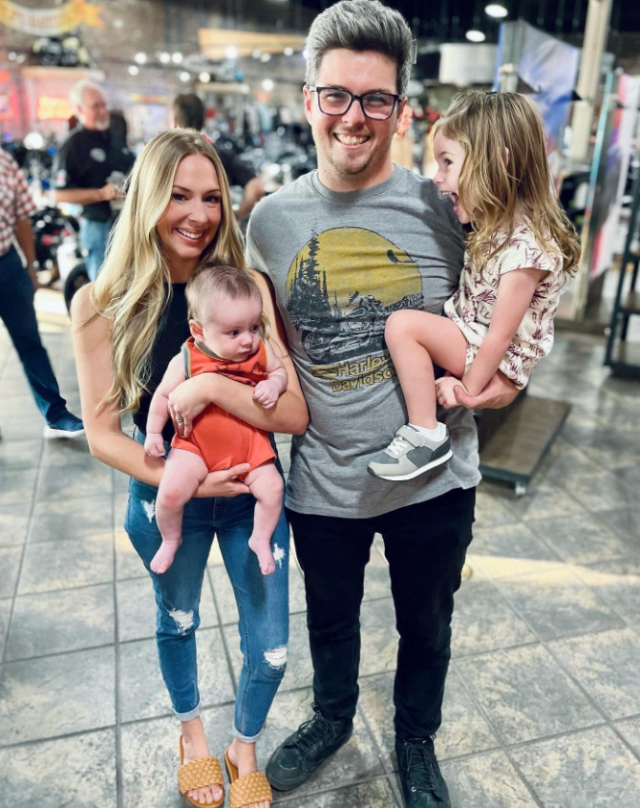 Hawki97 said:
Have to admit, I was expecting a much trashier family.

Nope. An alarming number of these “love conquers all” yuppies own pits. They think they can fix them and want to prove to the world that they’re really good dogs.
Reactions: littlez and HawkeyeShawn

I am glad the OP was not being racist when he put "dogs" in quotes in the title of this thread. Good job OP.
Reactions: JupiterHawk

Greenway4Prez said:
Nope. An alarming number of these “love conquers all” yuppies own pits. They think they can fix them and want to prove to the world that they’re really good dogs.
Click to expand...

I really want to own a Rottweiler. I would not do so 1) with kids in the house and/or 2) I will not do it in town. Therefore I will never own a Rottweiler. It’s a bummer because I grew up around them and love the breed. But unpredictability is a thing. And I don’t want 100lbs of pure muscle being unpredictable.

I think that’s a sane perspective.
Reactions: pink shizzle, WhiteSoxClone, seminole97 and 2 others

A Tennessee mother-of-two is now in stable condition with “stitches and bite marks over her entire body” after attempting to intervene when her two pit bulls mauled her toddlers to death Wednesday.

Kirstie Jane Bennard, 30, was severely injured by the dogs when she tried to pull them off of her 5-month-old boy, Hollace Dean, and 2-year-old girl, Lilly Jane, just outside of their home in Shelby County, Tennessee.

Both of the children were pronounced dead at the scene, according to a Twitter post made by Shelby County Sheriff’s Office.

Bennard’s condition is reportedly stable, but the mother has an “uncountable amount of stitches and bite marks over her entire body, including her face,” Jeff Gibson — the uncle of husband Colby Bennard — wrote on Facebook.

While details of how the attack unfolded and why the pets became aggressive remain unclear, the tragic incident reportedly lasted about 10 minutes, according to Gibson.

The family member also wrote, “As of now it looks like there isn’t any permanent damage other than a heart that will never heal.” 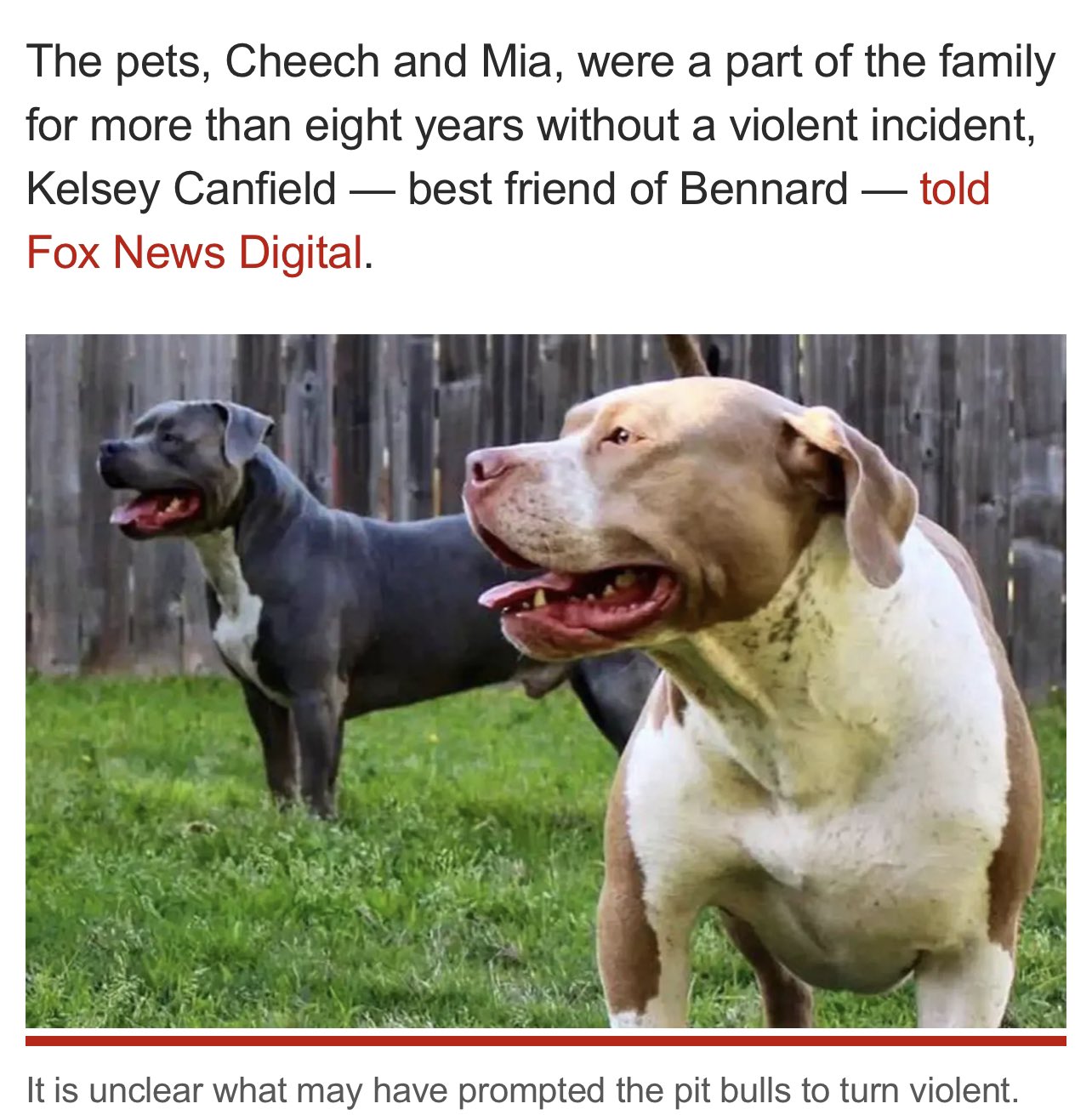 wow. The dad posted this previously. 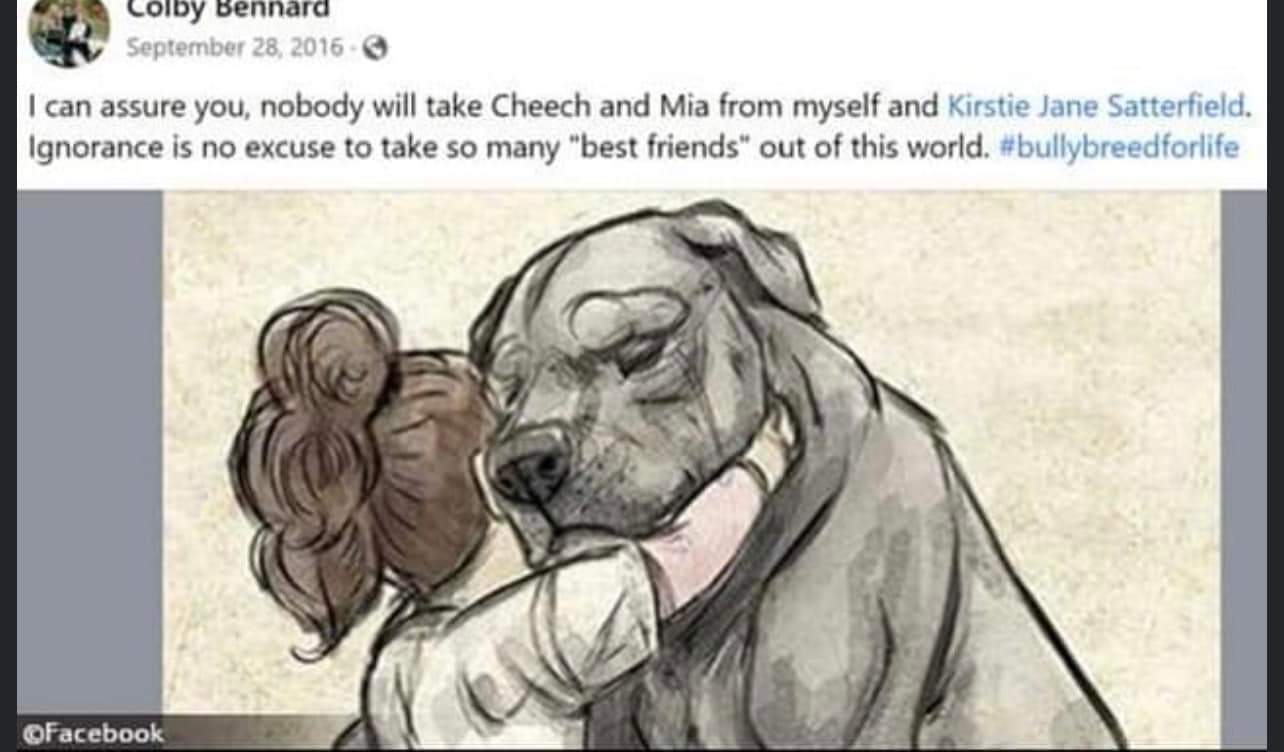 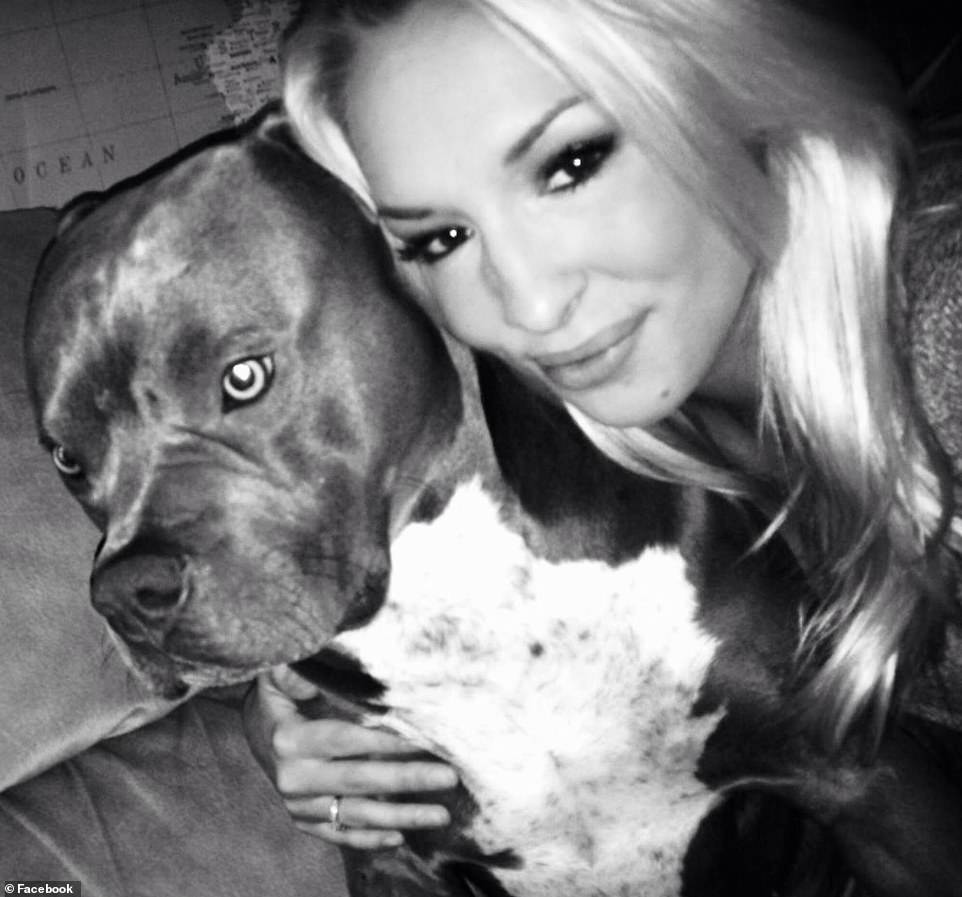 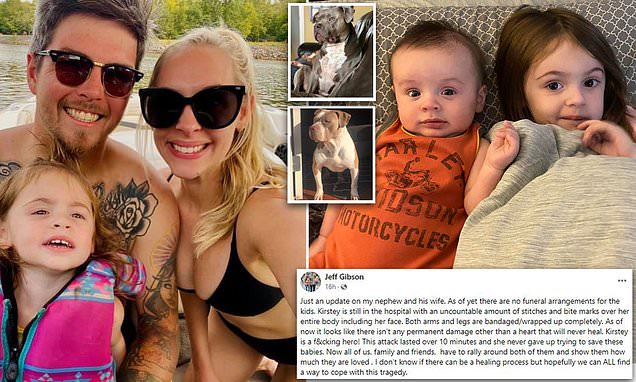 Kirstie Jane Bennard, 30, has both her 'arms and legs wrapped up 'completely' after fighting off her two pit bulls who fatally attacked her children on Wednesday.

Pic of pitbull owners trying to convince other people that pitbulls are the best dogs ever. If you know, you know.

The only people I feel bad for in this are dead. Fück pit bulls, fùck their owners.
Reactions: pink shizzle, timinatoria, fsu1jreed and 5 others

Yep…known a few people who have had run ins with Pits….said your best bet is to get around them and choke them as shown in the video by the bystander….smacking them ain’t going to do anything….
Reactions: JupiterHawk

Why on earth risk the "until they're not"? If my Shih Tzu loses his $hit one day and bites me, I'll be fine.
Reactions: pink shizzle, SiouxCityHawkFan, WhiteSoxClone and 4 others
L

Scared to death of them. Once something goes wrong it's to late. Long story. Had my young Golden retriever w/me along w/his lab friend we were watching and decided to take them to a lake/dog park on a hot Summer day. Long walk from the car down to the lake. Pulled into the parking lot and a pit was roaming free near the parking lot. it's probably 1/2 mile down to the lake, but that whole area is off leash. I was leery of the pit as he was getting aggressive w/some other dogs but I saw no owners or anyone around. Kept an eye on my dogs until we got down to the lake. Meanwhile Pit got down to the lake and was still being aggressive w/other dogs and then my dogs wandered to the lake. Pit tried to start humping the lab I was watching. Not sure what to do as no owners were still anywhere in sight. So finally tried nudging the pit off w/my foot, not really kicking him but trying not to make him mad. At that point I heard a guy yell out to quit kicking his dog, or he would come over and kick me. Of course it was 2 guys w/no shirts on itching for a fight. I just said to get control of their dog. At that point they started moving toward me and I thought I was probably going to get my ass kicked. There were quite a few people down there. Finally a very big guy stood up and basically told them to pack their shit up and grab their dog or he was going to kick their ass. They wanted no part of him and tucked tail and left. Luckily the dog didn't hurt another dog. Just don't understand the mentality.
Reactions: VodkaSam, WhiteSoxClone and JupiterHawk
W

I think its pretty clear what prompted them to turn violent - their genetics. To borrow from Chris Rock - those pit bulls didn't go crazy, those pit bulls went pit bull.
Reactions: JupiterHawk, Greenway4Prez, VodkaSam and 1 other person

Someone should have killed it when it was on the ground
Reactions: Greenway4Prez, JupiterHawk and WhiteSoxClone


An Amazon worker has been found dead in a yard after a suspected mauling by two dogs.

The body of the Amazon worker was found in a yard on a property in the Wood Heights area of Excelsior Springs, Missouri -- approximately 32 miles northeast of Kansas City -- on Monday evening, according to ABC News’ Kansas City affiliate KMBC.

Neighbors told KMBC that they called the Ray County Sheriff’s Office to report a delivery truck which had been parked in front of a residence in Wood Heights for several hours on Monday evening.

But when authorities responded to investigate the truck, they found the body of the driver in the yard along with two dogs on the property, according to KMBC.
Reactions: TennNole17

They were bred to fight for centuries. You don't breed it out of them in 25 years. I was a meter reader for 4 months. There are many breed that had some mean ones. But I never got near one single yard with a Pit Bull in it where I thought it was just a sweetie in there acting tough. I always felt like they meant it. They usually had the cheapest, shittiest fence holding them in too.
Reactions: JupiterHawk and fsu1jreed

Kirstie Jane Bennard, 30, has both her 'arms and legs wrapped up 'completely' after fighting off her two pit bulls who fatally attacked her children on Wednesday.

Man the dog looks like he wants to tear her face off in that pic. Hate to be captain obvious but those parents were clueless.
Reactions: JupiterHawk, Greenway4Prez and fsu1jreed

Nope. Absolutely no reason for anyone to own one of these things.

The dog jumped up like it was no problem and was off to bite the next victim.
You must log in or register to reply here.

VA man 'catfishes" CA teen, drives to her city, and then murders her family.