When I scheduled an interview with Democratic U.S. Senate candidate Mike Franken, it seemed possible a legal fight over the validity of fellow Democrat Abby Finkenauer’s candidacy petitions would make him the instant front-runner in the primary race.

But the Iowa Supreme Court reversed a district-court ruling that would have tossed Finkenauer off the ballot. So the former congresswoman remains the candidate to beat, while Franken, a former three-star admiral, is working to convince voters to give his campaign a look.

He’s got $1 million in the bank and just launched a TV ad on his rural Iowa background and military service. His argument is that he brings seriousness and substance to the Senate race.

“The voter, both independent and Democrat, is certainly looking for someone who is a serious candidate who doesn't bring a shallow argument to why they ought to be their senator, and comes with a wealth of past performance,” Franken told me. “And who can speak at depth, not just sound bites, on the issues we're facing in the state of Iowa and this nation.”

Talk to Franken and you’re going to get plenty of substance. He’ll lead you into the weeds of his policy ideas on several issues. So much so you might have to cut through all the details with a weed-whacker.

It’s not bad. Not at all. It’s just different.

Take agriculture and energy policy. He’ll explain why we should use carbon emissions from ethanol plants locally, not send them out of state through pipelines. Heat and carbon dioxide created by ethanol production could be used for “grow houses,” which he contends can kick-start the production of crops in Iowa beyond corn and soybeans. More people food, he said.

The Farm Bill, he said, can encourage a different kind of farming, helping provide a financial cushion for producers who “break up the kind of farming we do today.”

Franken thinks about fish farms, cashing in on “alternative sources of protein” and “solar grazing,” joining together livestock farming and solar farming.

“And the end result will be an agriculture industry that is growing more people food, and yet have a robust ag industry as it's traditionally known, but where the farmer actually has a shot to maintain her or his century farm into a two centuries farm,” Franken said.


“Those that say we're all good, maintain course and speed, are fundamentally wrong. It ain't gonna stay that way. We know it. We know the water in this state has suffered by the manner in which we conduct our agriculture,” Franken said.


Franken would advocate “sundowning” some forms of energy, such as coal and fuel oil. There may be alternative uses for biofuels, such as running turbines and small-scale nuclear facilities could be needed to help the transition to wind and solar.


Maybe you, the Democratic primary voter, like some of these ideas. Maybe they sound odd. But it does seems like Franken has a more interesting message than losing Democratic statewide candidates who ran in rural Iowa as ethanol/broadband advocates, sounding a lot like Republicans.


“What the Democrats ought to be doing is talking about other opportunities,” Franken said. Yep, like offering voters a new vision. 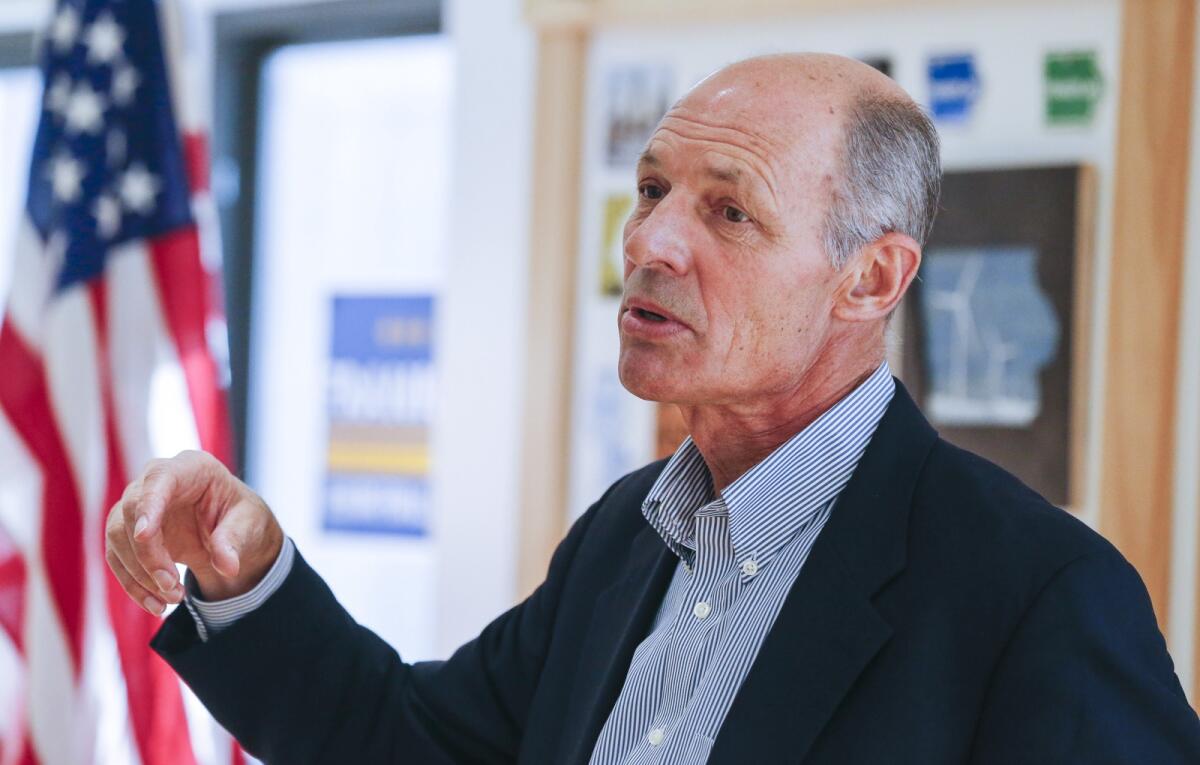 His argument is that he brings seriousness and substance to the Senate race.

Off Topic Yesterday at 10:59 AM
mthawkeyes

Dorman: Iowa GOP scrambles for torpedoes to sink the admiral