Republicans dominated elections across Iowa this Election Day, sweeping in a statewide red wave and bucking the trend seen in other states where the GOP fell short of expectations.


Iowa Republicans ousted two long-serving Democratic incumbents at the state level, flipping the state treasurer and attorney general seats to Republican. By the unofficial vote tally, Democratic State Auditor Rob Sand leads his race by a narrow margin, but his Republican challenger Todd Halbur said he will request a recount.

Republicans are also on track to increase their margin in both chambers of the Legislature and pick up two seats in the Iowa Senate for a 34-16 majority, meaning they can prevent Democrats from blocking gubernatorial appointees.


Do last Tuesday’s results mean Iowa, long considered a swing state but trending Republican over the last decade, can now be called a red state? Politicians and analysts were split on the answer.


“This is a Republican state, there is zero doubt about that,” he said.


The movement to the right can be explained in part by the shifting alignment of the parties and which demographic groups are likely to support Republicans, Peterson said.


Since 2016, white voters without a college degree have been coalescing around the Republican Party. About 85 percent of Iowans are non-Hispanic white and 71 percent have no bachelor’s degree, according to census data. According to the AP VoteCast survey for 2022, non-college-educated white voters supported Republicans by a 2-to-1 margin nationally.


Democrats make up 31.8 percent of registered voters in the state, based on preelection data from the Iowa Secretary of State’s Office. Republicans make up 36.6 percent, and no-party or third-party voters make up 31.5 percent.


The margin is close enough that no-party voters tend to make the difference in statewide elections, said Tim Hagle, a professor of political science at the University of Iowa. Hagle said he still considers Iowa a purple state.


No-party voters tend to favor incumbents and care more about “kitchen table” and economic issues, Hagle said. This year, the incumbent advantage was not enough to save two long-serving statewide Democrats, as independents appeared to lean toward Republicans who hammered on high inflation.


“They want to know, what are you doing, are you doing a good job? If you’ve got an alternative are things going to look better if we vote you in?” he said.


According to the Des Moines Register/Mediacom Iowa Poll before the election, both Gov. Kim Reynolds and U.S. Sen. Chuck Grassley led their Democratic opponents among independents: Grassley had 47 percent of independent support while Reynolds had 48 percent.


“I think part of this what happened is that Republicans kind of decided to be Republicans and they persuaded some independents to come along with them,” she said.


“I think Kim Reynolds focusing on that race made a big difference, right?” ISU’s Peterson said. “If Rob Sand ends up squeaking this out, he obviously has built a brand, but I think he was helped by Reynolds focusing more on AG than on auditor.”


Both parties say Iowa is purple​


Leadership in both parties said they think Republicans’ gains don’t solidify Iowa as a red state, and independent voters and organizing could still affect future elections.


Sean Bagniewski, chair of the Polk County Democrats, said there are enough voters to elect Democrats in the state but the party has been failing in turning out the vote in recent years. He said some Democrats have relied too heavily on fundraising and TV advertising rather than on-the-ground organizing.


Even in Democratic strongholds like Johnson and Polk counties, Democratic candidate for governor Deidre DeJear’s margin of victory in those counties was about 10 percentage points less than the 2018 Democratic gubernatorial candidate, Fred Hubbell.


“We’ve now gone through several cycles where Democrats raised more money, were on TV more, and were consistently losing,” Bagniewski said. “And I think until we get back to grassroots organizing, I think we’re going to keep losing.”


Republican Party of Iowa Chair Jeff Kaufmann said he doesn’t think Iowa can be considered a “permanently” red state in the same camp as states like Mississippi and Kentucky.


“Iowa has had a very strong independent streak, a very strong populist streak … for over a century,” he said. “I don't think that's changed. It's a high note. I'm going to do everything in my power to keep it, but I think I would be irresponsible if I began to think that we were anything even close to Tennessee or Kentucky.”


Kaufmann said he thinks dissatisfaction with the national environment helped Republicans win in Iowa this year, although the same results didn’t manifest as strongly in other states. Reynolds ran a heavily nationalized campaign, mostly ignoring DeJear and pitting herself as the alternative to President Joe Biden. Her campaign message focused on contrasting leadership in Iowa with national Democrats.


Despite the dire results Tuesday night, Democrats remained committed to continuing to advocate for their priorities and rebuild the party. Iowa Democratic Party Chair Ross Wilburn said in a statement he thinks Iowa remains a purple state, and Democrats are laying the groundwork to come back in the future. 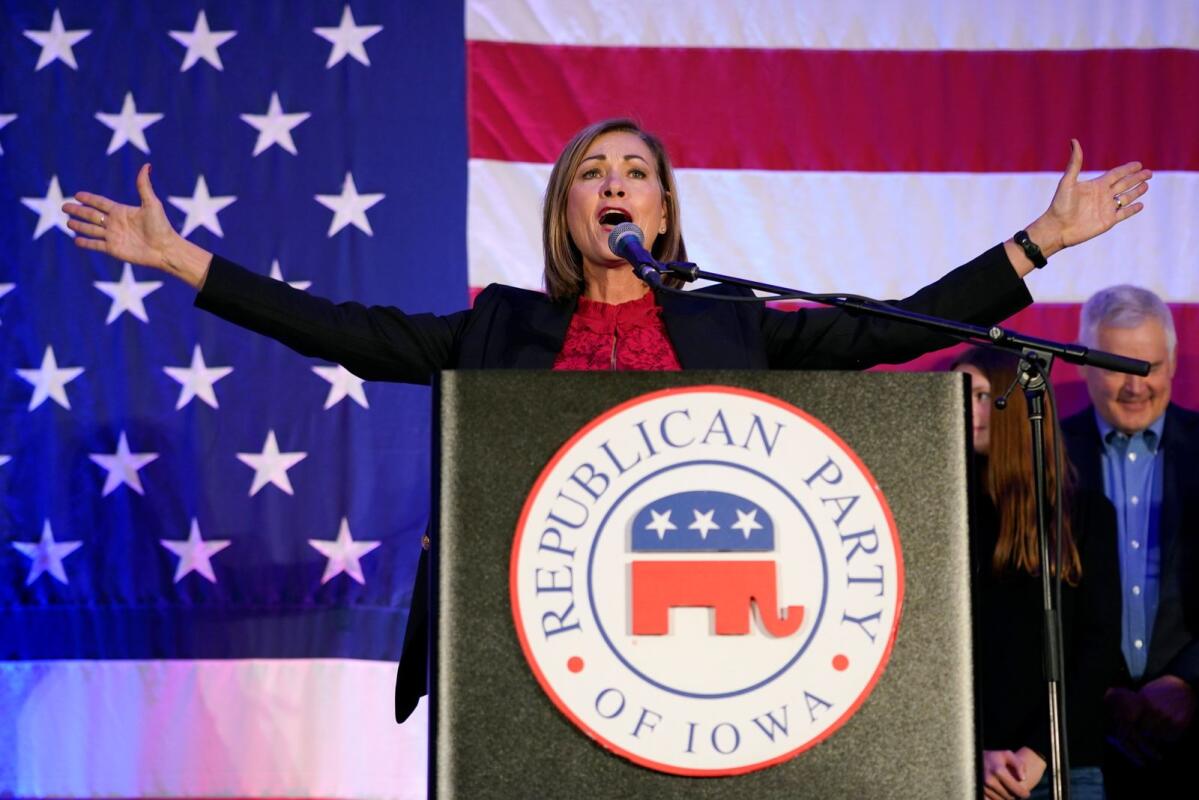 I disagree. I see no pathway for Iowa to be competitive again. Dems ran quality candidates. Rs ran garbage. Yet the Rs still stomped. Rs could run guys like Walker and still win. This state is backwoods now. I can't fathom how we would come back from that?

Iowa is Red. Will be Red. And become redder. Most of the young educated Iowans are leaving the state. Only bitter racist older whites will remain. That demographics isn't going to change. It will just become more stark. Hopefully, the caucuses will get yanked also.

A candidate like Breanna Bird loses by at least 20% in a purple state. Iowa is Red.
Reactions: tarheelbybirth
You must log in or register to reply here.

Turnout by Republicans Was Great. It’s Just That Many of Them Didn’t Vote for Republicans.

Iowa: As red as a clown’s nose

Independent women voters - a massive swing to the Republicans