Iowa’s U.S. senators did not say whether they’d vote for a bill protecting the right to same-sex and interracial marriage after the measure passed the U.S. House with support from three of Iowa's four U.S. House members.


U.S. Sen. Chuck Grassley, R-Iowa, told reporters on Wednesday he didn’t think the U.S. Supreme Court's past decisions on marriage equality were at risk of being overturned, but he didn’t say whether he'd vote for or against the bill if it goes to a vote in the Senate.


“I’m also not aware of any pending challenges to any of the other decisions that this bill agrees with,” Grassley said. “But I do want you to know that I’m going to read the text and the House bill, and we'll wait and see if that is going to come up in the United States Senate.”


U.S. Reps. Ashley Hinson and Mariannette Miller-Meeks, both Republicans, and Cindy Axne, a Democrat, voted for the bill Tuesday. Rep. Randy Feenstra, R-Iowa, voted against it. The bill passed, 267-157, with support from every Democrat and 47 Republicans.


The bill would repeal the 1996 Defense of Marriage Act, which defined marriage as between one man and one woman, and would require states and the federal government to recognize marriages that were valid in the state they took place in, regardless of sex or race.


The Defense of Marriage Act still is on the books, but it was invalidated in a 2015 Supreme Court decision that recognized a constitutional right to marriage equality.


The bill will now go to the U.S. Senate, where it’s unclear if it will get the 60 votes necessary to pass in the chamber.

Axne said she voted yes on the Respect for Marriage Act “to enshrine marriage equality in federal law and ensure same-sex and interracial marriages will continue to be recognized.”


“This legislation aligns with the legal precedent established by numerous U.S. Supreme Court rulings. Notably, this bill does not require individuals or organizations to perform marriages contrary to their religious beliefs, upholding religious rights under the First Amendment to the Constitution,” she said in a statement.


The bill was the most recent measure by House Democrats to enshrine constitutional rights that have been previously recognized by the U.S. Supreme Court, out of concerns the court could roll back those rights in future decisions.


The action was spurred by the June Supreme Court decision in Dobbs v. Jackson Women’s Health Organization, which overturned the federal right to an abortion.


In a concurring opinion, Justice Clarence Thomas said the court should revisit its previous decisions made on “substantive due process,” including rights to contraception and same-sex marriage.


The House has already passed bills protecting abortion rights and protections for people who travel for an abortion, but they likely won’t get support to pass in the Senate. Democrats are also preparing for a vote this week on protecting access to contraception.


On Tuesday, Miller-Meeks and Hinson introduced competing legislation that would make birth control pills available over the counter, a measure Miller-Meeks voted for as a state senator but which never cleared the Iowa House to become law.


“As a woman and a doctor, I recognize the need for increased access to contraceptives and believe that this bill is an important step to promote women’s health,” Miller-Meeks said. 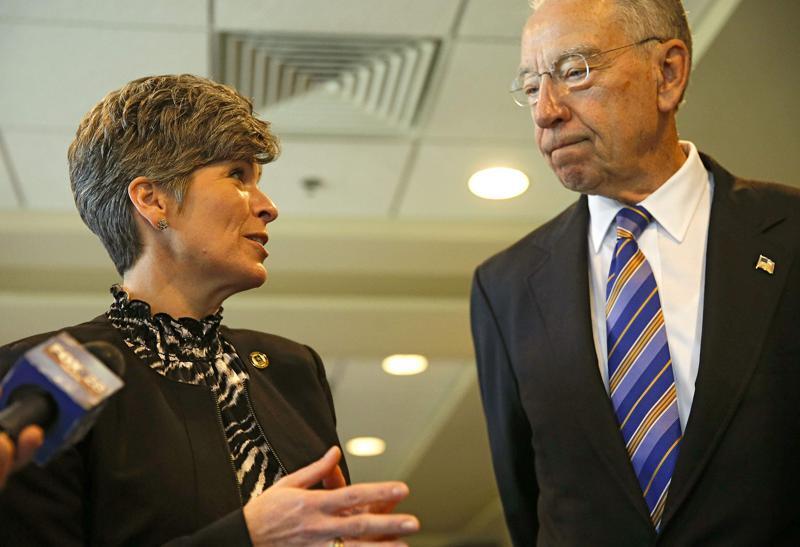 Opinion by Tammy Baldwin and Susan Collins: The Senate must stand together on marriage equality

Senate punts on same-sex marriage vote until after midterms