Iowa athletics made $3 million from alcohol sales after sales tax in 2021-22 — the first year of fully selling alcohol at games — according to documents obtained by The Gazette via a public records request.


Most of the profits — $2.4 million of the $3 million — came from football games or the spring open practice at Kinnick Stadium.


Three football games — Sept. 4 against Indiana, Oct. 9 against Penn State and Oct. 16 against Purdue — had more football sales than any profits from alcohol purchases than any other sport had in its entire season.


Baseball, softball and gymnastics combined to have less than $21,000 in profits from alcohol sales.


Before 2021, alcohol was only available in suites and premium seating areas.


The new revenue stream comes after a 2020-21 fiscal year where the athletics department had a budget shortfall of more than $40 million.


About $340,000 of the profits will go toward “research-based initiatives developed and supported by the UI Alcohol Harm Reduction Committee,” according to an athletics department document.


The UI’s public safety department issued 24 citations at Kinnick Stadium on football game days, according to the document. That was down from the five-year average from before COVID-19 (2015-19) of 33 citations.

Eighty-two percent of fans in an athletics department survey indicated the expanded alcohol sales either had a positive impact or no impact on the “overall game day experience.” 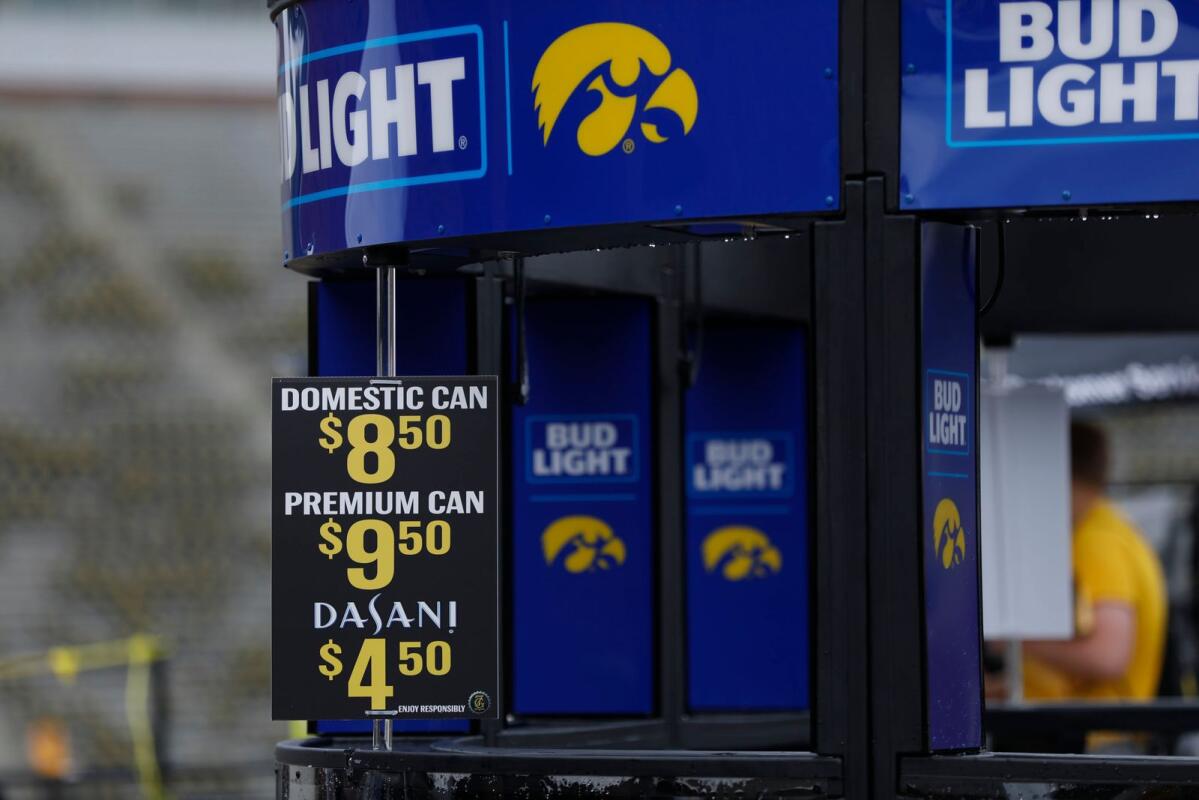 In heaven there is no beer, but Kinnick sold a lot of beer last year. About $2.4 million of the $3 million in alcohol sales came from home football games.

All 7 home games at Kinnick Stadium now sold out