With strokes of several pens Wednesday, Iowa will become the last state in the nation to criminalize elder abuse.


Gov. Kim Reynolds signed into law Senate File 522, which sets criminal charges — ranging from misdemeanors to felonies punishable by up to 25 years in prison, based on the severity of the crime — for abusing, assaulting or financially exploiting a person age 60 or older. Reynolds signed the bill during an ceremony at Highland Ridge Senior Living Community in Williamsburg.


After years of advocates pressing for action, the bill passed unanimously in both legislative chambers in the 2022 session.

“The safety and well-being of older Iowans is so very important, and this bill provides greater reassurance that there will be consequences for those who target and harm them,” Reynolds said. “Iowa families and seniors deserve to know that we will not stand for any type of elder abuse or exploitation in our state.”


At least one in 10 Americans age 60 and older experience elder abuse each year nationwide, according to FBI data and the National Council on Aging.


Elder abuse is an often-hidden occurrence, and it is important to know where to turn for help and assistance. A key resource in the fight against elder abuse are the six Area Agencies on Aging located around the state. If you or someone you know is experiencing abuse, call 1-866-468-7887 to be connected with an Elder Rights Specialist in your area.

Previously, Iowa was the only state in the nation where elder abuse was not a crime. Iowa law currently includes definitions of elder abuse but does not include criminal penalties.


Because it has not been a crime in Iowa, accurate data about the prevalence of elder abuse in the state is hard to ascertain, advocates said. However, Iowa has seen a sharp increase in reports of abuse or neglect of dependent adults age 18 or older, including older Iowans.


The Iowa Department of Humans Services, which does not keep its own statistics on elder abuse, noted a nearly 26 percent increase in dependent adult abuse reports from 2020 to 2021, with more than 10,900 reported cases of alleged abuse or neglect. However, more than half those reports were rejected by the department because they did not fit within the existing legal definition that mandates the victim be classified as a “dependent adult” and the perpetrator be an official “caretaker,” according to the department’s Semi-Annual Dependent Adult Statistical Reports. A total of more than 8,600 cases were reported in 2020, more than 3,950 of which were rejected.


Just from July to Dec. of last year, 5,800 dependent adult abuse cases were reported to Human Services, a 25 percent increase compared with 2019. Of those, more than half of the reported cases were rejected.


The bill signed by Reynolds would fix that gap and better protect all older Iowans from abuse, according to AARP Iowa.


“AARP Iowa has advocated for elder abuse legislation for several years, and we know this new law will be an important tool for helping put a stop to existing abuse and, hopefully, preventing it in the future,” AARP Iowa Advocacy Manager Anthony Carroll said.


“Making those who abuse our elders criminally liable will better protect older Iowans,” Kinney said in a statement. “As a deputy sheriff, I helped investigate several cases of elder abuse. Sometimes, the punishments under Iowa law fell seriously short of both providing justice for the victim and deterring future crimes. I’m glad to have helped take this bipartisan step forward.”


Advocates say elder abuse is often hidden and involves financial theft in some way, but can also include physical, emotional or sexual abuse. Elder abuse can be committed by strangers, but is more likely to involve family members or other people trusted by the victim, according to AARP Iowa.


The new law, which takes effect July 1, will:


“Now, the work begins,” said Bob of Welsh of Coralville, a member of the Older Iowans Legislature who has long pushed for the change in the law. “We need to educate people on the law.” 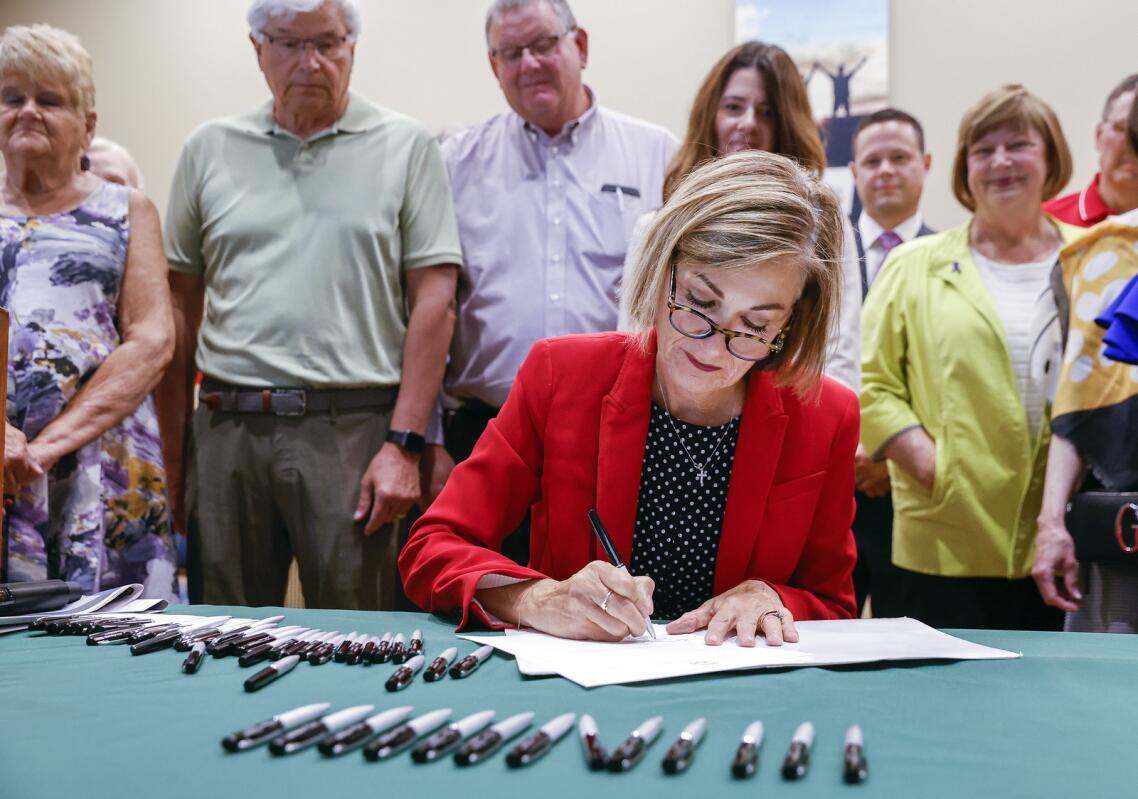 Gov. Kim Reynolds signed into law Senate File 522, which sets criminal charges — ranging from misdemeanors to felonies punishable by up to 25 years in prison, based on the severity of the crime.

Good to see some safe guards in place.
Reactions: cigaretteman and binsfeldcyhawk2

Good. It's a massive problem.
Reactions: lucas80 and cigaretteman

Good. This is a nationwide problem. It's a scourge.
Reactions: binsfeldcyhawk2

I know there are people who say there are laws that could be utilized, but after living through the decline of a parent I understand how easy it would be to manipulate finances and exploit an elderly person. There are horrible people out there. Some of them are the kids of the abused, and some are people who ingratiate themselves to gain the trust of the elderly person.
Reactions: binsfeldcyhawk2
You must log in or register to reply here.

Boomers and Biden’s generation having some finacial

Comprehensive Thread: It is NOT the drag queens and trans you need to be worried about...