On Thursday, the chief operating officer of an Iowa company that alleged Tops gunman Payton Gendron claimed sold him the body armor plates online told The Buffalo News that he and his company are “devastated” by the Buffalo tragedy.
Adam Ruff of RMA Armament confirmed that the firm sold items to Gendron, but said his company’s products are intended for use by law-abiding citizens.
“What happened in your city is a tragedy and a horrific act of violence,” Ruff wrote in an email responding to questions about whether Gendron bought his body armor from RMA. “RMA Armament is saddened by the senseless act of violence that occurred in Buffalo ... Our products are intended for the protection of law-abiding private citizens, police departments and government partners.

"We do have a record of this individual purchasing products from our website. Our entire team is devastated by this tragedy, and we are keeping the families and the community of Buffalo in our prayers,” Ruff wrote.

According to a lengthy online diary Gendron published online shortly before the shooting, he bought two armor plates from RMA on Jan. 10, and they were delivered to his house on Jan. 14. On its website, RMA sells the plates that Gendron said he bought for $320 a plate, or $640 a pair.

Gendron said the plates were made to fit into a body armor vest that he had bought Jan. 5 from a seller on eBay for $230.


When The News asked whether RMA is cooperating with the ongoing investigations into the shooting, Ruff answered: “RMA has a company policy to cooperate fully with all inquiries from local, state and federal authorities.”
Ruff said he could not provide further details at this time.
The RMA website boasts that the ceramic body armor plates that Gendron said he purchased can stop ammunition fired by the M16 automatic rifle used by the military and the AR-15 semi-automatic rifle that Gendron possessed when he was arrested.


In a 2017 story in the Des Moines Register in Iowa, RMA’s founder and CEO Blake Waldrop was identified as a former Marine and former police officer. Waldrop said he founded the company because a Marine buddy had been killed by an explosive in Iraq in 2005 while wearing body armor that did not protect him. Waldrop launched RMA in his garage in 2011. The company now operates out of a factory in Centerville, Iowa.


Buffalo Police Commissioner Joseph Gramaglia said a retired police officer, Aaron Salter Jr., who was working as a security guard in the store, fired shots at Gendron to try to stop his assault.
"He fired one round that struck the defendant's bulletproof vest," Gramaglia confirmed.
Gendron then proceeded to shoot and kill Salter, police said.
Gendron is one of several American mass shooters in recent years who have worn body armor while murdering people.
The use of body armor by mass killers is a growing topic of debate in law enforcement. New York Gov. Kathy Hochul is among the government officials who maintain that only law enforcement people should be allowed to own bulletproof vests.

Some government officials, including Hochul, also suggest that there should be a ban on online sales of bulletproof vests.
After the Buffalo murders, Hochul and other state legislators voiced support for a bill that would allow only law enforcement officials to buy body armor. State lawmakers passed the bill late Thursday that also bans online sales of body armor. The bill makes it a misdemeanor to sell body armor to someone who is not a police officer, peace officer, in the military or in an other eligible profession, or to sell body armor online. A conviction for the unlawful sale of body armor can result in a $5,000 fine.

“Law enforcement and military service members need body armor vests to do their job safely. Most civilians don't,” Hochul said Monday. “Our bill makes purchasing body armor vests unlawful for anyone not engaged in an eligible profession. All sales of vests will also be required to be done in person.”
Most states allow private citizens to buy body armor.
Federal laws on body armor prevent only convicted violent felons from buying bulletproof vests and armor. 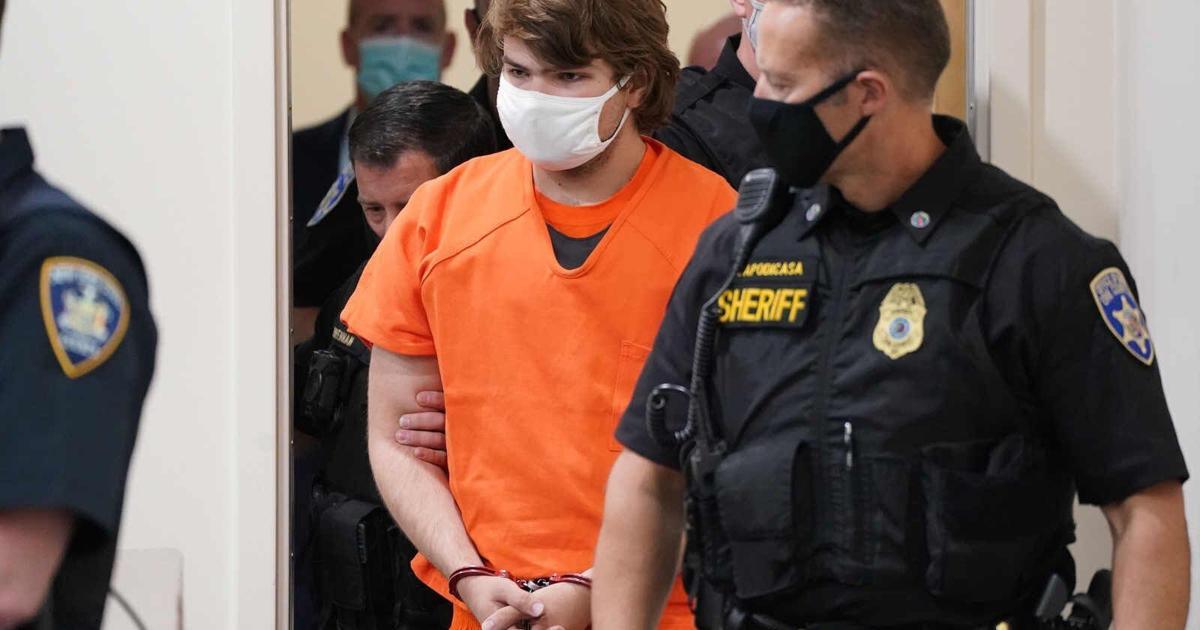 “What happened in your city is a tragedy and a horrific act of violence,” Adam Ruff of RMA Armament said. “Our products are intended for the protection of law-abiding private

Gonna be the really cool guys at the next Trump rally.
You must log in or register to reply here.

The latest: Pelosi suggests there’s no ‘adult in the Republican room’