The Iowa Supreme Court should end a judge’s 2019 injunction that halted a strict restriction on abortions in the state, and the court has the authority to do so despite legal arguments presented by others, attorneys for the state said in a legal brief filed this week.


Alan Ostergren, a conservative attorney who is representing the state on this case, wrote that the Iowa Supreme Court “can — and should — dissolve its injunction now.”


Iowa Gov. Kim Reynolds has asked the courts to lift a 2019 injunction that struck down a so-called fetal heartbeat law, which was passed by Iowa Republicans and is designed to prohibit abortions after a fetus’ heartbeat can be detected. Supporters of such laws say the ban goes into effect at roughly six weeks of pregnancy, which often is before the pregnant person is aware of the pregnancy.

However, medical experts say the sound detected by an ultrasound at that point is not a heartbeat, because the fetus’ heart is not yet fully formed. The machine is instead registering electrical pulses from the area where the heart will eventually form.


While the matter is once again considered in the courts, abortion in Iowa remains legal up to roughly 20 weeks of pregnancy. Should the courts lift the injunction, however, the law would go into effect.


In a brief filed Monday, Ostergren argued that the court’s injunction was based on three cases that have since been overruled, one by the Iowa Supreme Court and two by the U.S. Supreme Court.


“So the injunction is now ‘founded on superseded law,’” Ostergren wrote. “And this Court has the inherent authority — and duty — to dissolve (the injunction).”


Ostergren in the brief also counters arguments made by attorneys representing the organizations that believe the injunction should remain in place, including Planned Parenthood of the Heartland and the American Civil Liberties Union.


Ostergren argued the courts have the authority to modify an injunction after a substantial change in the law, and that the recent state and federal rulings qualify as substantial changes. He also argued that should the court require more factual development for the case, it should at a minimum temporarily dissolve the injunction and allow the law to go into effect. 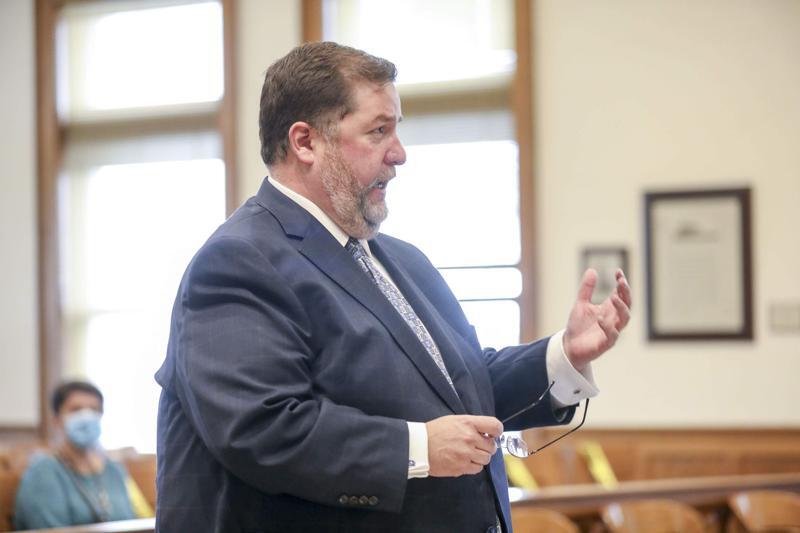 Guy needs to lay off the triple cheeseburgers. Wood not.

(Either in the fetus OR in the legislators passing this BS)
Reactions: cigaretteman

Why is the heart the metric? The heart doesn't make you a person. There are people alive with artificial hearts.

Iowa Gov. Reynolds asks courts to allow ban on abortions at 6 weeks to go into effect