A northern Iowa farmer for years spread excessive amounts of pig manure on his crop fields along with additional commercial fertilizer, which increased the risk of contaminating nearby waterways with nitrate, according to the Iowa Department of Natural Resources.


The department recently fined Craig Benjegerdes, of Manly, $4,500 for the overapplications from 2017 to 2021. Benjegerdes has operated a hog confinement with about 2,900 animals for decades, and the Iowa DNR regulates the disposal of manure from those facilities. The manure is often used as fertilizer for corn.


Documents show Benjegerdes routinely failed to submit annual updates to his manure management plan in the past 10 years, and an inspection of his records in November revealed that the manure was applied to fields at rates of up to 32 percent higher than what the state determined was acceptable. Further, the Iowa DNR had set the maximum rates without knowing that Benjegerdes was also using commercial nitrogen fertilizer, the documents said.

“It was quite substantial, as far as additional pounds of nitrogen,” said Jeremy Klatt, an environmental specialist for the Iowa DNR who investigated the situation.


Benjegerdes’ fields are in a flat area of the state north of Mason City where underground tiling is common to help drain water from the soil, Klatt said. The tiling can quickly move water — and the fertilizer it absorbs — into streams. There are creeks in the area that feed the Winnebago River, he said, which eventually flows into the Mississippi River by way of the Iowa River.


Reducing the amount of nitrate that reaches the state’s waterways is a key goal to improve water quality. Des Moines Water Works, which provides drinking water to about 600,000 people and draws water from the Des Moines and Raccoon Rivers, was forced last month to use its nitrate-removal system for the first time in five years due to elevated levels. Infants who consume water with high nitrate levels are at risk of having diminished oxygen in their blood.


The fertilizers also feed algae blooms that can release toxins and cut the amount of oxygen in the water, which puts aquatic life at risk and contributes to the Gulf of Mexico’s “dead zone.”


The excessive use of fertilizers runs counter to state initiatives to limit nitrate runoff with buffer strips, cover crops and wetlands. U.S. Secretary of Agriculture Tom Vilsack has said the federal government should help farmers evaluate their fields’ fertilizer needs to enable them to selectively apply it.


It’s unclear whether Benjegerdes’ crop yields were improved by the additional fertilizer, Klatt said. Benjegerdes could not be reached to comment for this article.

“He knew what his rate was, but he decided to apply more,” Klatt said. “Sometimes we’ll see an inadvertent application, but in this case he likely knew that he was putting on more than what was allowed.”


Benjegerdes agreed to stop the overapplication and to cease his use of additional commercial fertilizer on the fields, according to an Iowa DNR administrative order.


This article first appeared in the Iowa Capital Dispatch. 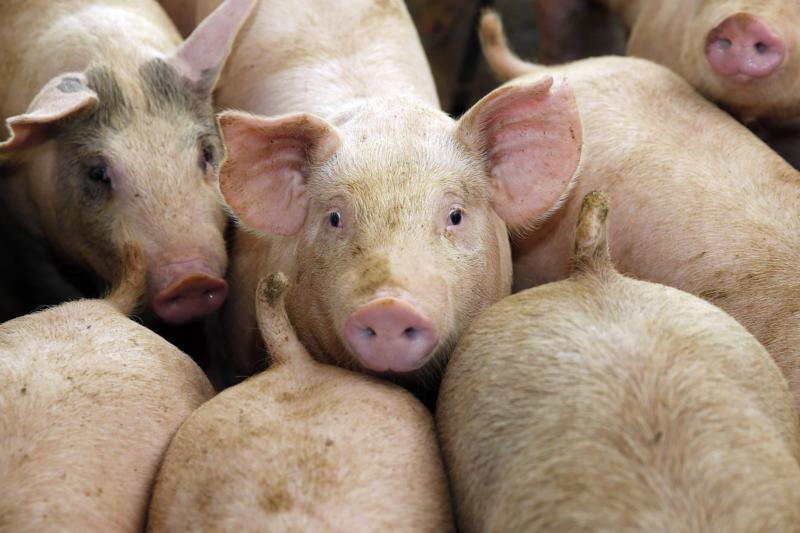 The over-application increased the risk of contaminating nearby waterways with nitrate, according to the Iowa Department of Natural Resources.

The fines always crack me up. Like the city of grimes was releasing shitty water back into creek. $9,000 fine will surely make them think twice
Last edited: Jul 7, 2022
Reactions: ping72, cigaretteman and BelemNole

I new a guy in cascade that worked for a farmer and that was his full time job. spreading shit.

Fan In Black said:
I new a guy in cascade that worked for a farmer and that was his full time job. spreading shit.
Click to expand...

You just described like 300 posters on HORT.
Reactions: ping72, Fan In Black and McLovin32

Chis spreads a lot of shit but not sure if she's from Cascade.

Weird, Kimmie has told me repeatedly that Iowans make good choices when it comes to the environment.
I have a couple of buddies whose families raise hogs, and they have told me they follow the rules, they have all told me that they have neighbors that flagrantly violate regulations about waste disposal.
Reactions: ping72, cigaretteman and IACub
You must log in or register to reply here.