Iowa will spend $6 million to expand the "Field of Dreams" cinematic universe.

Gov. Kim Reynolds announced Monday that the Iowa Economic Development Authority awarded public funds to four tourism-related projects, including the nine-figure grant to Universal Television LLC, the production arm of NBC that is making a television series based on the "Field of Dreams" movie.

Polk City in northern Polk County will be a key filming site for the show, according to Reynolds' news release. The limited series will air on NBC's Peacock streaming service.

The IEDA also will give money for two other project in the Des Moines metro: the completion of a major bike trail link in Dallas County and canoe launches and fishing boats on Easter Lake.

The funds come from Destination Iowa, a $100 million program that Reynolds announced in early April for projects that promote tourism or raise the state's profile. Reynolds created the program with public funds that Congress gave states last year when it passed a COVID-19 relief bill.

“Destination Iowa will help more communities fuel tourism and economic growth while enhancing the quality of life for Iowans," Reynolds said in a statement Monday.

Released in 1989, "Field of Dreams" is one of the most prominent movies linked to the state. The film is based on "Shoeless Joe," a 1982 novel written by Canadian author W. P. Kinsella, an alumnus of the Iowa Writers' Workshop.

Fans of the movie — and local officials hoping to capitalize on its popularity — have for years hosted baseball games at the location where the film was made in Dyersville. An organization also has raised funds to add more fields, a hotel and an indoor training area to the location, hoping to draw youth baseball and softball tournaments.

Those efforts received a boost last year, when Major League Baseball hosted a game between the Chicago White Sox and the New York Yankees at the site — the first MLB game on Iowa soil. Retired White Sox hall of famer Frank Thomas is leading a group that in April announced an $80 million development plan for the location, which will host another major league game in August.

NBC announced a "Field of Dreams" TV series a week after the White Sox-Yankees game. Michael Schur, an Emmy winner with credits for "The Office," "Parks & Recreation" and "The Good Place," conceived of the show.

The network told The Hollywood Reporter in May that Schur's team would film parts of the show in Polk, Mahaska, Clinton and Boone counties this summer. KWWL-TV reported Thursday that the production company has delayed filming until after Labor Day.

In a news release Monday, Reynolds said Universal Television will primarily film the show in Polk City, where the production company is refurbishing a farmhouse. The company also is building a baseball field. 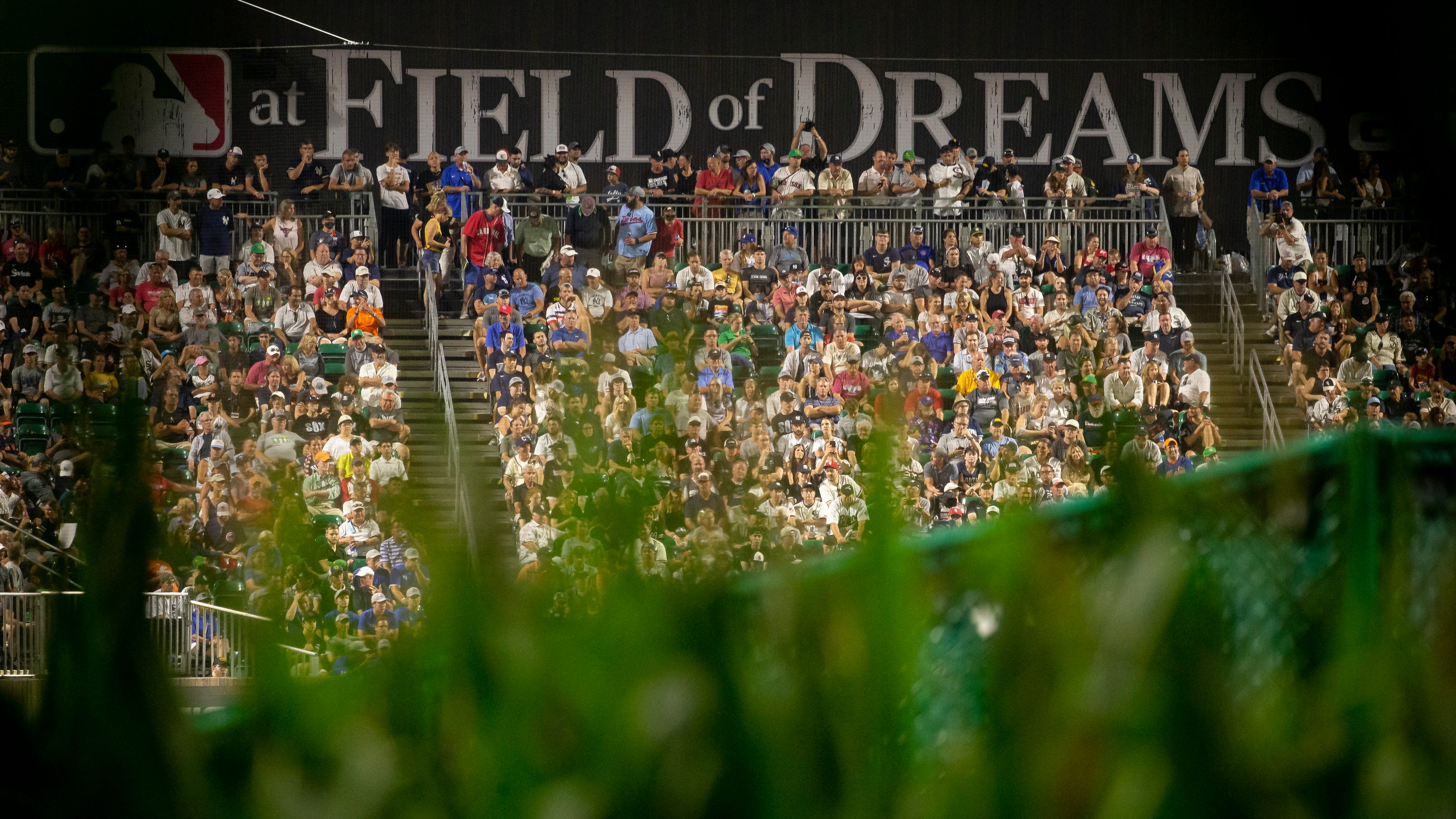 They just keep going back to this well...
T

I can't find how to get tickets to the CR-QC game three days before the real one. It's a QC home game but you can't get tickets on their site, and FOD sites just have the MLB game date.
You must log in or register to reply here.