This doesn't sound good for Iowa students and teachers:


Increasing their majority in the House after last week’s midterm election, Republicans continue to hold the policymaking levers, with the Republicans chairing the 21 committees having discretion over which bills will be taken up in committees before coming to a floor vote.


“This group of hardworking legislators is ready to get to work for our constituents,” Republican House Speaker Pat Grassley of New Hartford said in a news release announcing the committee chairs. “Our caucus is strong because of our wide breadth of experience and backgrounds to help us tackle all of the issues Iowans care most about.”

Grassley will chair the Education Reform Committee, a five-member panel that will consider “bills containing significant reforms to our education system,” according to the release.


In an emailed statement, Grassley did not say whether the committee would consider a bill dealing with private tuition assistance.


In the 2022 legislative session, Reynolds pushed for a bill to shift $55 million in taxpayer dollars from public schools to private school tuition assistance, but the bill failed to get enough support among Republican House members to pass.


During the primary election, Reynolds endorsed several challengers to incumbent Republicans who opposed the bill, but it’s unclear whether there will be enough support to pass the measure next year.


“The House Republican caucus plans to consider a broad set of education reforms this session,” Grassley said in the statement. “This new committee will allow these important issues to be put in front of the entire caucus for the in-depth discussions they deserve.”


“It is going to be an agenda where you keep more of your money, where our schools are thriving and all parents have choice,” Reynolds said of her agenda after being elected to a second, four-year term Nov. 8.


Democratic House Minority Leader Jennifer Konfrst of Windsor Heights said in a statement that a majority of Iowans believe public money should remain in public schools. In a March Des Moines Register/Mediacom Iowa Poll, 52 percent of Iowans opposed the proposal, while 41 percent favored it.


“Iowans don’t care if a new committee in the Iowa Legislature is created to consider the governor’s voucher plan or other bad ideas like jailing teachers and banning books because it’s just all politics,” Konfrst said.


“House Democrats stand alongside Iowans and will oppose any bill that shifts money from public schools to private schools. It’s time to put people over politics.”


Republicans also added an International Relations Committee, which will be chaired by Rep. Eddie Andrews, R-Johnston, and removed the Information Technology Committee.


House Democrats have not yet announced who will serve as ranking members on the committees. The full list of Republican committee chairs is: 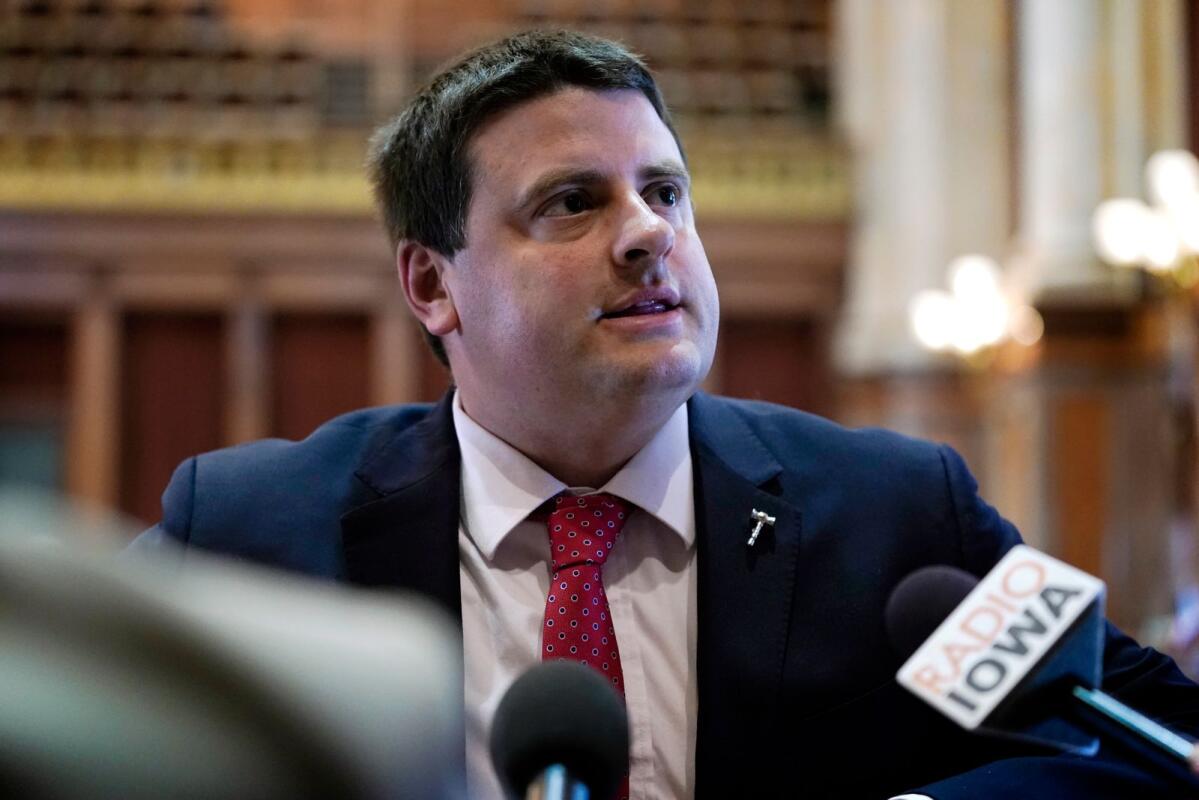 I like how Pat threw in "hardworking". That way nobody will suspect it's a sham committee with predetermined goals.
Reactions: TheCainer, Wendy79, MitchLL and 1 other person
H

That list of chairmen is like a who's who of deep red pols.
Sexton's private business is greasing the wheels for CAFO operators zoning issues...he heads up the ag committee? So convenient.
Reactions: MitchLL and cigaretteman

There won’t be many good teachers left in Iowa at the end of all this.
Reactions: lucas80, sober_teacher, Tom Paris and 4 others
M

Watch Dim Kim go after the AEA and IPERS when the opportunity presents itself.
Reactions: sober_teacher, Tom Paris, cigaretteman and 1 other person

You know with the Ioway GOP engineering this idea, there is no agenda other than the well being of the kids in mind! It will be an interesting couple of sessions coming up. The GOP has “Carte Blanche” Powers. Other than dirty water and underfunded schools, I don’t know what else they will give Iowans.
Reactions: Tom Paris and cigaretteman

Students will be required to sing the German national anthem.
Reactions: joelbc1

HawkRCID said:
There won’t be many good teachers left in Iowa at the end of all this.
Click to expand...

I have moved up my retirement age a couple of years. Things get shittier every year. I want to know Kim’s endgame because districts are not being funded appropriately. Granted I got to see firsthand how we waste money.
Reactions: HawkRCID

MitchLL said:
Watch Dim Kim go after the AEA and IPERS when the opportunity presents itself.
Click to expand...

She swears she isn’t attacking IPERS but I wouldn’t put it past her.

The reform needed is the MAGA Clowns to not be in charge of anything anymore. They've decimated this state.
Reactions: cigaretteman, Tom Paris, coasterhawk75 and 1 other person

@NorthernHawkeye
Any thoughts on defunding our students and teachers?
You must log in or register to reply here.

The latest: McCarthy indicates he has no plan to take immediate action against Santos