Miller is the longest-serving attorney general in the country and is seeking an 11th term this year. He is running on a message that he has used the law to serve ordinary Iowans through consumer protection efforts and lawsuits against opioid manufacturers.

He faces a spirited challenge from Bird, the Guthrie County attorney, who has emphasized her support for law enforcement and accused Miller of a lack of commitment to the job.

Bird has received an influx of cash from state and national Republicans, who view the race as competitive. She reported raising more than $2.3 million in the most recent fundraising period, which included $1.8 million from the Republican Attorneys General Association and $150,000 from the state Republican Party.

Miller raised more than $1 million, including $800,000 from the Democratic Attorneys General Association. 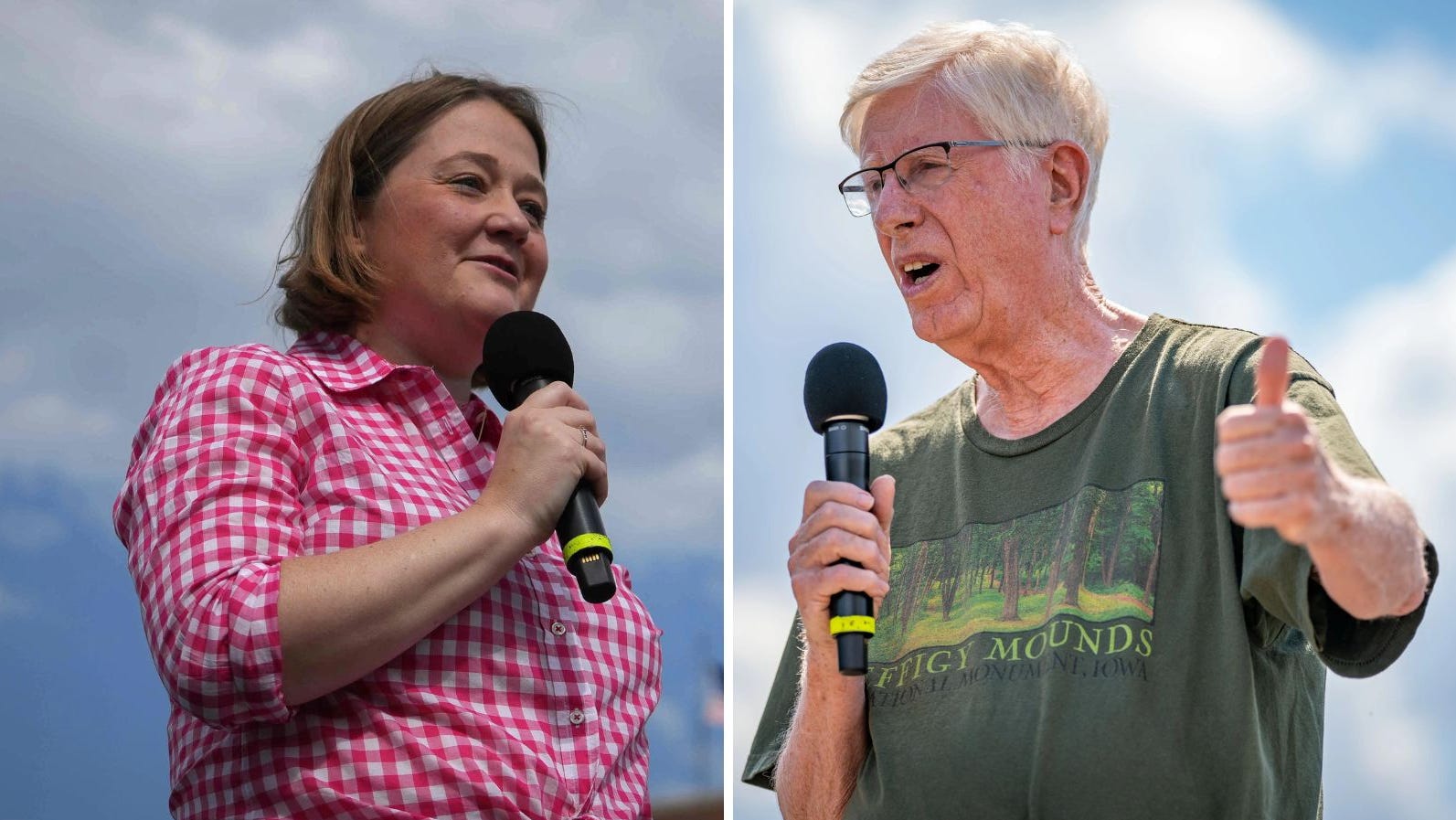 The poll shows more than half of Iowans do not know enough about Brenna Bird to form an opinion of her.
www.press-citizen.com
Reactions: lucas80 and Chishawk1425

It appears that Iowans won't elect every catch phrase spewing GOP nut job.
Reactions: cigaretteman
You must log in or register to reply here.