Nearly two years ago, Iowa State University found itself without a policy for systematically reviewing historical names bestowed on campus buildings, plaques and other landmarks — even as community members demanded administrators remove a plaque honoring a student who centuries ago curated a racist zoo exhibit.


The new policy and committee was compelled by outrage over an ISU plaque honoring W.T. Hornaday, who attended ISU in the 1870s before serving in the early 1900s as the first director of the Bronx Zoo, where he curated an exhibit caging a Congolese man in the “Monkey House” with an orangutan.

But the review committee’s first assignment, bestowed in March 2021, was Catt Hall, an academic building named after Carrie Chapman Catt, an 1880 ISU graduate who served as a “major leader in the women’s suffrage movement.”


ISU also has named its Carrie Chapman Catt Center for Women and Politics after the historical figure, who died in 1947 — 27 years after she lead a women’s suffrage movement that produced a ratified 19th Amendment to the U.S. Constitution in 1920.


Having formed the National American Woman Suffrage Association, serving as its president and then honorary chair until her death, Catt became the first woman to deliver a commencement address at ISU in 1921. She donated her entire estate to her alma mater, according to ISU.


ISU founded its women and politics center in her honor in 1992 and renamed its botany building Catt Hall in 1995. But protesters have demanded the campus drop her name — accusing Catt of having “racist, anti-Black, classist, ableist, and xenophobic beliefs.”


More than 4,760 people have signed an online petition calling on ISU to rename Catt Hall, accusing its namesake of using racist strategies to accomplish her goals — like telling white politicians that “White supremacy will be strengthened, not weakened, by women’s suffrage.”


ISU political science professor Karen Kedrowski, who directs the Catt Center for Women, has disputed claims Catt was racist as “common misperceptions” — noting, among other things, her opposition to inserting the word “white” into the 19th Amendment.

Since the start of this spring semester, ISU name-removal committee has met 15 times about the request to remove Catt’s name from Catt Hall — interviewing experts and hearing from Maryland-based History Associates Inc., which provided the committee with 200-plus historical documents.


“These individuals broadened the committee's understanding of the issue, and we're grateful for their input," committee chair Carol Faber, associate professor of graphic design and former Faculty Senate president, said in a statement. "They shared their perspectives and provided historical insights into Catt's life and work, the suffrage movement, and the university before and after the original naming process.”


The committee this summer will develop a first draft of its report and vote on a recommendation in the fall. The recommendation will go into the draft report, which will be disseminated for a public comment period that won’t exceed 60 days.


“As is also outlined in our procedures, we will specifically invite feedback from those who submitted name removal requests, stakeholders and university units impacted by the decision," Faber said.


The committee will review feedback and take a vote before sending a final report and recommendation to ISU President Wendy Wintersteen. A two-thirds vote of the 17 members is required to recommend removal.


The petition calling for Catt’s name to be stripped urges administrators pick an alternate honoree “who has made change while still committing to equity and human decency.”


It offered the following suggestions:


Nawal El Moutawakel, a Moroccan hurdler who was attending ISU when she won the 400-meter hurdles in the 1984 Olympics. The Moroccan king declared all girls born the day of her win be named in her honor. Today, she's a member of the International Olympic Committee.


Mary Evelyn V. Edwards Hunter, possibly the first woman of African descent to receive a master’s degree at ISU. Her master’s thesis studied the effects of home economics training on the practices of Black families in Texas, according to the Texas State Historical Association.


Ada DeBlanc-Yerwood, who earned a master’s in home economics and child development from ISU in 1936 and later became a public health representative for the Texas Tuberculosis Association. She also co-founded the W.H. Passon Historical Society and George Washington Carver Museum. 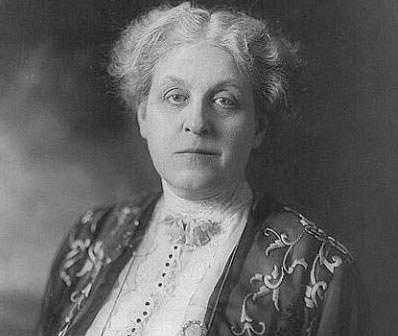 Since the start of this spring semester, Iowa State’s name-removal committee has met 15 times about the request to remove Catt’s name from Catt Hall – interviewing experts and hearing from Maryland-based History Associates Inc., which provided the committee with 200-plus historical documents.

Opinion Democrats, remember the Mueller report? Do the opposite in the Jan. 6 hearings.