Attorneys for the groups that successfully challenged a state law that would have banned abortions in the first two months of pregnancy filed new legal arguments late last week.

The new filings were in response to arguments presented this past month by attorneys for Gov. Kim Reynolds, who is asking the state courts to lift a 3-year-old injunction on the so-called fetal heartbeat bill and allow the ban to go into effect.

In the new filings, attorneys for Planned Parenthood of the Heartland, the Emma Goldman Clinic and Dr. Jill Meadows argue the state failed in its attempt to argue the Iowa Supreme Court has the authority to lift the 2019 injunction, and that previous cases cited by the state are not relevant to the fetal heartbeat law.

“Not only has the State failed to establish a jurisdictional or procedural basis for its motion, but even if it had, it cannot overcome the threshold inquiry of showing a change of the law that would alter the outcome of the case because the undue burden test remains the law under PPH IV,” attorneys for the groups that sued to block the law argue in the new filing.

A state judge in 2019 halted implementation of a law, passed by Iowa Republicans, that would have banned abortions once a fetus’ heartbeat can be detected.

Supporters of such laws say the ban goes into effect at roughly six weeks of pregnancy, which often is before the pregnant person is aware of the pregnancy. However, medical experts — including the American College of Obstetricians and Gynecologists — say the sound detected by an ultrasound at that point is not a heartbeat, because the fetus’ heart is not yet fully formed.

Earlier this year, the Iowa Supreme Court and U.S. Supreme Court overturned previous rulings and effectively erased a pregnant person’s right to abortion access at both the federal and state levels, essentially remanding the topic to be regulated on a state-by-state basis.

Reynolds then filed a request that, in light of those recent court decisions, the state courts lift the injunction of the state’s fetal heartbeat law.

Late last month, the state filed new arguments in the case. Attorneys for the state argued the Iowa Supreme Court should lift the injunction and, “has the authority to do so despite legal arguments presented by others.”

The latest filings by the attorneys for Planned Parenthood and other plaintiffs were in response to those arguments from the state.

In the new filing, Planned Parenthood’s attorneys said state lawmakers could “pass another six-week ban now,” and that the Iowa Supreme Court “should not permit the State to circumvent this step.”

The new filing also pushed back on the argument made by attorneys for the state that legal precedence allows for the Iowa Supreme Court to lift an injunction that was instituted more than a year earlier.

While the matter is once again considered in the courts, abortion in Iowa remains legal up to roughly 20 weeks of pregnancy. Should the courts lift the injunction, however, the more restrictive ban would go into effect. 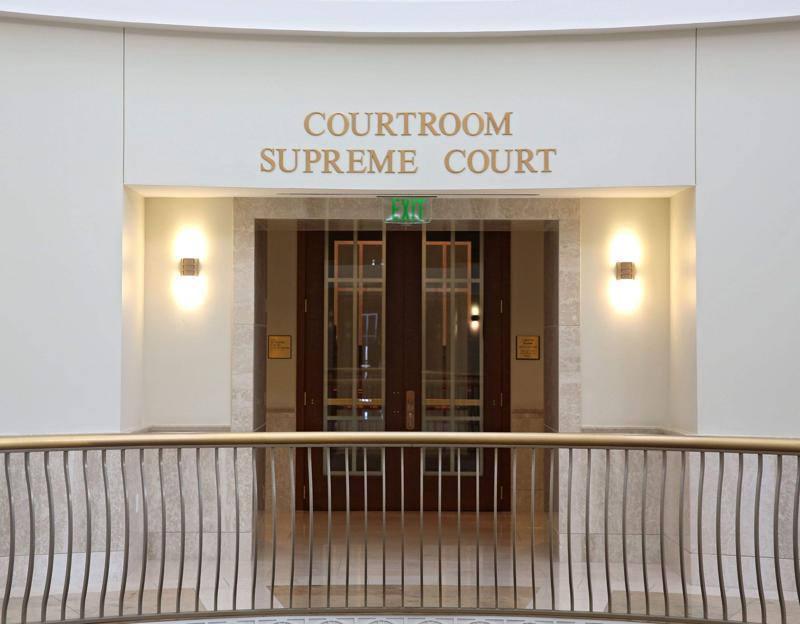 Attorneys for the groups that successfully challenged the law in 2019 filed their response to recent arguments by attorneys for Gov. Kim Reynolds, who has asked the courts to reinstate the law