U.S. Senate hopeful Michael Franken has raised nearly $1.4 million during the first quarter of 2022, according to a report his campaign will file Wednesday.


The Sioux City Democrat raised $1,397,843 from more than 36,000 unique donors “without one dime of corporate PAC money,” he will report to the Federal Election Commission. He finished the January to March quarter with more than $1 million cash on hand — 98 percent of which is available for the primary contest.


“I'm proud to say that the average donation is less than $30 and we bring in a new donor every three minutes, 24 hours a day,” Franken said Monday night during a virtual forum with the Iowa Democratic Rural Caucus. Each week his campaign has been gaining between 500 and 900 contributors, “so that's a very encouraging thing.”

Franken, a retired three-star admiral who grew up on a rural northwest Iowa farm, describes himself as being pragmatic enough to “achieve the achievable” and progressive enough to “aim for the heretofore unachievable.”


He is in a three-way primary for the Democratic nomination with former U.S. Rep. Abby Finkenauer of Cedar Rapids and Glenn Hurst of Minden. The winner of the June 7 primary will face the winner of the Republican primary, either U.S. Sen. Chuck Grassley or state Sen. Jim Carlin.


“Lastly, overall it shows we are trending in the right direction,” Stauch said.


According to his Federal Election Commission paperwork, Franken has 51,000 donors, including 2,804 Iowans, who contributed an average of $27. Fifteen percent of his money — $207,517 — came from Iowans. 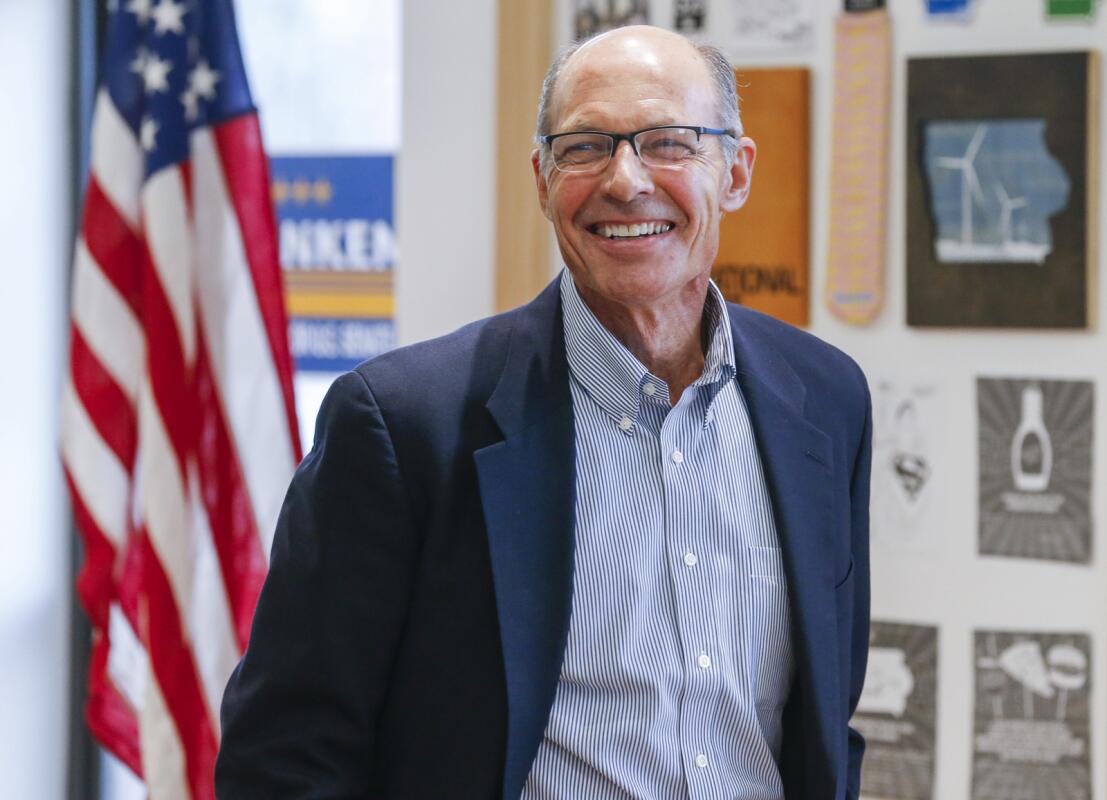 I agree, he turned off Fox news? Good for him I guess but that's not gonna win over voters in Iowa.

Personally, the more I watch Fox News the more steadfast I am against the people that produce it's bullsh1t. It's straight up comical a good portion of the time. I have no problem keeping it on.

This guy can do better to appeal to them Independents, RHINOS and infrequent voters.
Reactions: MWardT

And the Dems wonder why they are losing every seat in Iowa. Absolutely tone deaf.
Reactions: MWardT

And the Dems wonder why they are losing every seat in Iowa. Absolutely tone deaf.
Click to expand...

Fox news is complete and utter trash and a large reason why Iowa voters are this clueless.
N

Chishawk1425 said:
Fox news is complete and utter trash and a large reason why Iowa voters are this clueless.
Click to expand...

It’s the only network that isn’t slanted left. Should it be banned?
You must log in or register to reply here.

Off Topic Wednesday at 10:59 AM
mthawkeyes

Dorman: Iowa GOP scrambles for torpedoes to sink the admiral