The money would be used to update the “static” Maximum Return to Nitrogen calculator with a “dynamic modeling system that considers variability in the environment, management and weather,” according to the Infrastructure Appropriations Bill passed by the Iowa House and Iowa Senate earlier this week.


“We know about one-third of that surplus (nitrogen) ends up in the streams. If we enlarge that surplus, it stands to reason the amount of nitrate in our streams is going to increase.”


Nearly 20 years ago, a group of Midwestern soil scientists, including Iowa State University Professor Emeritus John Sawyer, developed the Maximum Return to Nitrogen, a practice that calls for weighing the prices of corn and fertilizer to find the sweet spot of productivity and profit without waste.


They also developed the Corn Nitrogen Rate Calculator, an online tool that lets farmers in seven Midwest states plug in local prices and get a fertilizer rate recommendation based on scientific field trials in their area.


“Why is that particular tool and that logic in general, why is that flawed and what’s a better, maybe more informed way, of looking at this issue of nitrogen that in our soil, both naturally and what’s being applied?” moderator Andrew Wheeler asked during the Spokesman Speaks podcast July 26.

Rick Robinson, Farm Bureau’s then-natural resources policy adviser, responded: “Many soil scientists say that the long-standing MRTN rate calculator, which estimates the economic return to nitrogen application rates with different nitrogen sources and corn prices, really doesn’t account for weather and soil variability or changes and improvements in genetics and management that we’ve seen over time. That kind of information hasn’t been updated in the MRTN.”


In December, the Iowa Carbon Sequestration Task Force proposed spending $1 million a year for 10 years to update the fertilizer calculations. The funding would be used to “conduct several hundreds annual trials to enable next-generation fertilizer management …” minutes of the Dec. 6 meeting state.


The $1 million, if approved, would go to the Iowa Department of Agriculture and Land Stewardship. But ISU faculty believe they would be the eventual beneficiaries for field trial work.


“If we get the money, what I can tell you, if it is specifically for nitrogen, that would be great,” said Antonio Mallarino, an ISU professor of nutrient management research and extension. “If the new research shows there could be some other way of suggesting optimum rates for corn before planting, we will use it.”


Mike Castellano, an ISU agronomy professor, said the nitrogen fertilizer recommendations should be updated because they provide only four basic recommendations for Iowa, averaging more than 100 field trials done over years.


“The reason to update the MRTN and put more trials in it is to determine the real optimum rates so farmers aren’t just applying the average rate that may be very, very different above or below the actual.”


The Carbon Sequestration Task Force minutes indicate if farmers buy less fertilizer, there would be a reduction in greenhouse gases from factories that make fertilizer. Other than that, it’s unclear how reducing fertilizer application is related to carbon sequestration.


Rep. Chuck Isenhart, D-Dubuque, said the budget appropriation came “out of the blue” without being discussed in a legislative committee.


“One million dollars is a good chunk of change,” he said. “We really should be better informed about what we’re voting on.”


If the state invests $1 million a year to update the nitrogen fertilizer standards, the state should know how many farmers are using the N-rate calculator, whether farmers are following the recommended amounts and what are the real-time results in terms of water quality, Isenhart said. 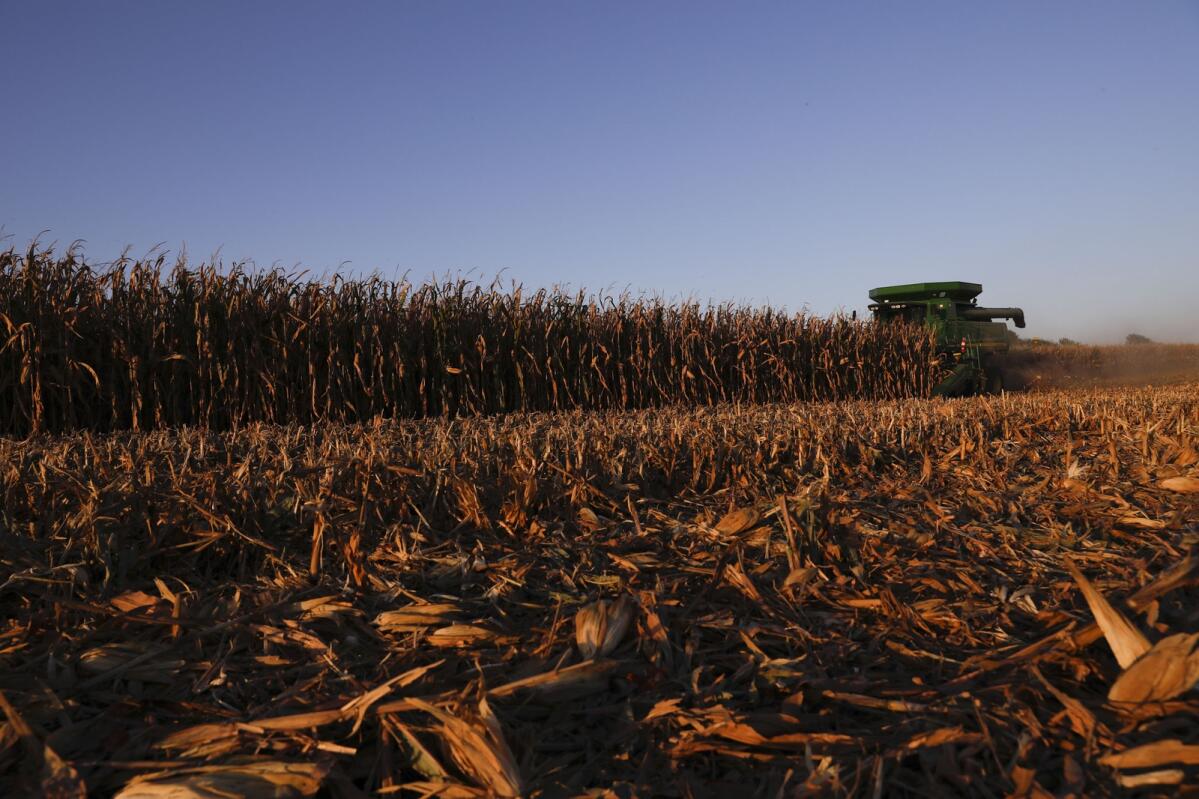 The Iowa Legislature wants to spend $1 million next year to revise the state’s long-standing nitrogen fertilizer calculator used in seven corn-growing states. Some water quality advocates fear the update will mean more fertilizer applied to fields and more runoff into streams and lakes, but two...

In other union news: impending rail workers strike would cost the economy $2 billion per day....

Off Topic 26 minutes ago
Chishawk1425