Is This the End Game for Crypto?

Sign up for the Opinion Today newsletter Get expert analysis of the news and a guide to the big ideas shaping the world every weekday morning. Get it sent to your inbox.
Recent events have made clear the need to regulate crypto, an industry that grew from nothing to a $3 trillion market capitalization a year ago, although most of that has now evaporated. But it also seems likely that the industry couldn’t survive regulation.
The story so far: Crypto reached its peak of public prominence last year, when Matt Damon’s “Fortune favors the brave” commercial — sponsored by the Singapore-based exchange Crypto.com — first aired. At the time Bitcoin, the most famous cryptocurrency, was selling for more than $60,000.
Bitcoin is now trading below $17,000. So people who bought after watching the Damon ad have lost more than 70 percent of their investment. In fact, since most people who bought Bitcoin did so when its price was high, most investors in the currency — around three-quarters of them, according to a new analysis by the Bank for International Settlements — have lost money so far.
Still, asset prices plunge all the time. People who bought stock in Meta, the company formerly known as Facebook, at its peak last year have lost around as much as investors in Bitcoin have.

So falling prices needn’t mean that cryptocurrencies are doomed. Crypto boosters surely won’t give up. According to a report from The Washington Post, many of those who subscribed to Twitter Blue Verified, Elon Musk’s disastrous (and now paused) attempt to extract money from Twitter users, were accounts promoting right-wing politics, pornography — and cryptocurrency speculation.
More telling than prices has been the collapse of crypto institutions. Most recently, FTX, one of the biggest crypto exchanges, filed for bankruptcy — and it appears that the people running it simply made off with billions of depositors’ money, probably using the funds in a failed effort to prop up Alameda Research, its sister firm.
The question we should ask is why institutions like FTX or Terra, the so-called stablecoin issuer that collapsed in May, were created in the first place.
After all, the 2008 white paper that started the cryptocurrency movement, published under the pseudonym Satoshi Nakamoto, was titled “Bitcoin: A Peer-to-Peer Electronic Cash System.” That is, the whole idea was that electronic tokens whose validity was established with techniques borrowed from cryptography would make it possible for people to bypass financial institutions. If you wanted to transfer funds to someone else, you could simply send them a number — a key — with no need to trust Citigroup or Santander to record the transaction.
It has never been clear exactly why anyone other than criminals would want to do this. Although crypto advocates often talk about the 2008 financial crisis as a motivation for their work, that crisis never impaired the payments system — the ability of individuals to transfer funds via banks. Still, the idea of a monetary system that wouldn’t require trust in financial institutions was interesting, and arguably worth trying.

After 14 years, however, cryptocurrencies have made almost no inroads into the traditional role of money. They’re too awkward to use for ordinary transactions. Their values are too unstable. In fact, relatively few investors can even be bothered to hold their crypto keys themselves — too much risk of losing them by, say, putting them on a hard drive that ends up in a landfill.
Instead, cryptocurrencies are largely purchased through exchanges like Coinbase and, yes, FTX, which take your money and hold crypto tokens in your name.
These exchanges are — wait for it — financial institutions, whose ability to attract investors depends on — wait for it again — those investors’ trust. In other words, the crypto ecosystem has basically evolved into exactly what it was supposed to replace: a system of financial intermediaries whose ability to operate depends on their perceived trustworthiness.
In which case, what is the point? Why should an industry that at best has simply reinvented conventional banking have any fundamental value?
Furthermore, trust in conventional financial institutions rests in part on validation by Uncle Sam: The government supervises banks, regulates the risks they can take and guarantees many deposits, while crypto operates largely without oversight. So investors must rely on the honesty and competence of entrepreneurs; when they offer exceptionally good deals, investors must believe not just in their competence but in their genius.
How has that been working out?
As boosters love to remind us, previous predictions of crypto’s imminent demise have proved wrong. Indeed, the fact that Bitcoin and its rivals aren’t really usable as money needn’t mean that they become worthless — you can, after all, say the same thing about gold.
But if the government finally moves in to regulate crypto firms, which would, among other things, prevent them from promising impossible-to-deliver returns, it’s hard to see what advantage these firms would have over ordinary banks. Even if the value of Bitcoin doesn’t go to zero (which it still might), there’s a strong case that the crypto industry, which loomed so large just a few months ago, is headed for oblivion. 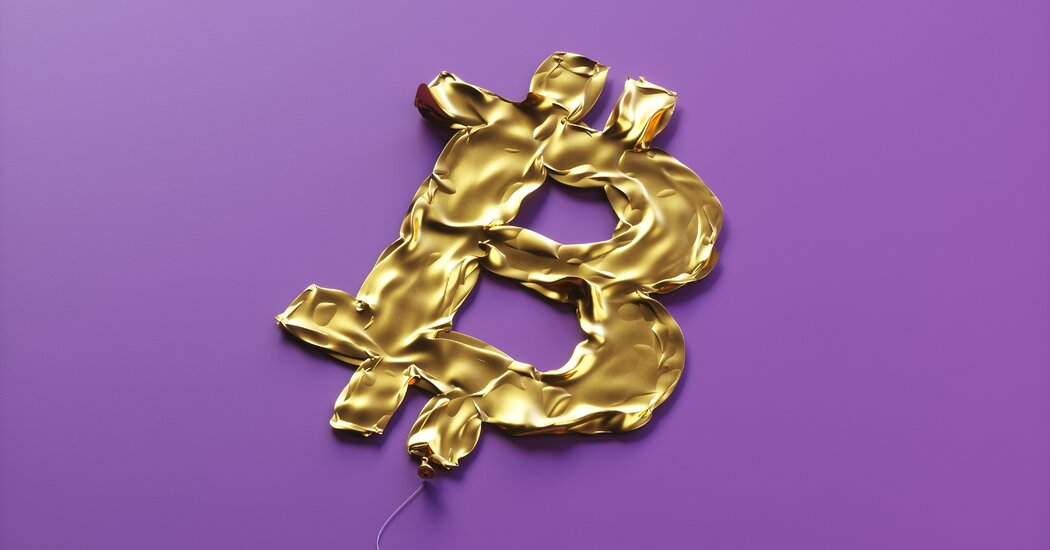 Opinion | Is This the End Game for Crypto?

What’s the point of reinventing banks, only worse?

If you wanted to transfer funds to someone else, you could simply send them a number — a key — with no need to trust Citigroup or Santander to record the transaction.
It has never been clear exactly why anyone other than criminals would want to do this.

Because you don’t want to find yourself in a position where those with authority over your funds decide you can’t access them or transfer them as you see fit.
You never know beforehand if the protest you contribute to might earn the ire public officials, and suddenly, with no due process, you find your accounts frozen.

e.g. Canadian banks have begun freezing the accounts of people linked to the trucker protests in Canada and the federal government is promising to take more accounts offline in coming days in an attempt to clear demonstrators from Ottawa, which has been occupied for nearly a month.

The powers granted by the act would allow banks to target the accounts of people who have donated to crowdfunding platforms, like the fundraising campaigns on GoFundMe and GiveSendGo, that have fueled the ongoing protests, but Freeland said she would not give "specifics of whose accounts are being frozen."


Krugman actually avoids the main reason for bitcoin.
The government can’t print it, so it can’t steal it.
The government’s profligate response to the 2008 crisis was a wealth transfer from the poor and middle class to preserve the rich. But they can’t debase bitcoin and give it away to the politically connected.
S

“This isn’t case of 1 fraudulent company in a serious industry,” Kashkari said on Twitter, commenting on an article about how investors fell for FTX. “Entire notion of crypto is nonsense. Not useful 4 payments. No inflation hedge. No scarcity. No taxing authority. Just a tool of speculation & greater fools.”

Sooner-Be-Dead said:
“This isn’t case of 1 fraudulent company in a serious industry,” Kashkari said on Twitter, commenting on an article about how investors fell for FTX. “Entire notion of crypto is nonsense. Not useful 4 payments. No inflation hedge. No scarcity. No taxing authority. Just a tool of speculation & greater fools.”
Click to expand...

FUD is the name of the game.

I guess this is the part where they conflate bitcoin with tokens like dogecoin that were designed to forever inflate.
S

seminole97 said:
FUD is the name of the game.

I guess this is the part where they conflate bitcoin with tokens like dogecoin that were designed to forever inflate.
Click to expand...

I couldn’t tell if your citation of 2.5% annual inflation over 20 years was an indictment or endorsement of the USD.


I had fun gambling in cryptos for a while like everyone else. It didn’t go to the moon (and back) because of any inherent inflation hedge.

Sooner-Be-Dead said:
I couldn’t tell if your citation of 2.5% annual inflation over 20 years was an indictment or endorsement of the USD.
Click to expand...

Indictment.
You must log in or register to reply here.

Bad news for thousands of crypto investors: They don’t own their accounts

Opinion Why the crypto bubble has finally imploded

A Senate proposal would give CFTC responsibility for policing bitcoin, ethereum