Doug Pederson will return to the NFL, and the Jacksonville Jaguars’ meandering coaching search has ended. The Jaguars announced Thursday night that they’ve hired Pederson as their next coach.
Pederson is the former Super Bowl-winning coach of the Philadelphia Eagles. He was out of the league this season after Eagles owner Jeffrey Lurie dismissed him following the 2020 season, a move that came after a 4-11-1 season that ended with a tanking controversy in a loss to Washington. Lurie said at the time that he and Pederson differed in their views about the best approach for the team moving forward.

Pederson replaces Urban Meyer, who was fired in December. Offensive coordinator Darrell Bevell took over as interim coach and finished the season.

“Doug Pederson four years ago won a Super Bowl as head coach of a franchise in pursuit of its first world championship,” Jaguars owner Shad Khan said in a statement. “I hope Doug can replicate that magic here in Jacksonville, but what is certain is his proven leadership and experience as a winning head coach in the National Football League. It’s exactly what our players deserve. Nothing less.”


The Jaguars ran a lengthy search and at one point seemed headed toward hiring Tampa Bay Buccaneers offensive coordinator Byron Leftwich, formerly the Jacksonville quarterback. But that unraveled amid reports that Leftwich was wary of working with Jaguars General Manager Trent Baalke.


Pederson, 54, spent five years as the Eagles’ coach, posting a regular season record of 42-37-1 and a postseason mark of 4-2. The Eagles made three postseason appearances under Pederson and won the Super Bowl in the 2017 season. That memorable triumph over the New England Patriots included the sideline consultation between Pederson and quarterback Nick Foles that resulted in the famed “Philly Special” gadget-play touchdown.

Pederson inherits a Jaguars team that is coming off a 3-14 season and will have the top pick in the draft for a second straight year. One of Pederson’s top tasks will be to oversee the development of quarterback Trevor Lawrence, last year’s No. 1 choice who struggled this season as a rookie. Lawrence finished tied for the NFL lead with his 17 interceptions and posted an unsightly passer rating of 71.9.

“I know our fans will warmly welcome Doug and his family to Duval,” Khan said, “and I personally look forward to having Doug as part of everything we envision for the team, downtown and community in the years ahead.”


Khan and the Jaguars must hope they made the proper choice this time. Khan, to much fanfare, lured Meyer out of retirement last year and brought him from the college ranks to the NFL. The results were calamitous. Meyer couldn’t win and had a string of public embarrassments. He apologized and was reprimanded by Khan in October after he remained in Ohio following a defeat at Cincinnati and video surfaced of him in a bar with a young woman dancing alongside him. His firing came soon after former Jaguars kicker Josh Lambo accused Meyer of kicking him in the leg on the practice field during training camp.

The Jaguars become the sixth of the nine NFL teams with vacancies this offseason to find their coach. The confirmed hires are Nathaniel Hackett by the Denver Broncos, Matt Eberflus by the Chicago Bears, Brian Daboll by the New York Giants, Josh McDaniels by the Las Vegas Raiders and Pederson by the Jaguars. The Minnesota Vikings have chosen Los Angeles Rams offensive coordinator Kevin O’Connell, according to a person familiar with the situation. But that move cannot be official, under NFL rules, until after the Rams play in the Super Bowl.
No minority coaches have been hired in this cycle. The NFL has only one active Black head coach: the Pittsburgh Steelers’ Mike Tomlin. Brian Flores, the former coach of the Miami Dolphins, filed a lawsuit against the league and teams this week accusing them of racial discrimination.
The Dolphins, Houston Texans and New Orleans Saints continue to search for a new coach.

This might be a good time to inquire about C.J. Beathard's career/standing with that team.

Here is the last news clip that came up on Google ... from December:

With C.J. Beathard on reserve/COVID-19, Interim Head Coach Darrell Bevell on Friday said Danny Etling will be the Jaguars' backup quarterback for Sunday's 2021 regular-season finale against the Indianapolis Colts at TIAA Bank Field.

Beathard, a fifth-year veteran, has backed up starter Trevor Lawrence the entire season. He has played in two games, completing two of two passes for 33 yards.

I know he has been stuck behind Lawrence, which I did not think was a horrible situation, given that Urban Meyer was the coach. Will this new guy give him a serious look or decide to do something different?

What exactly is he doing wrong from an NFL perspective. I am still sitting out here rooting for him to have a serious shot at starting somewhere for at least part of a season. 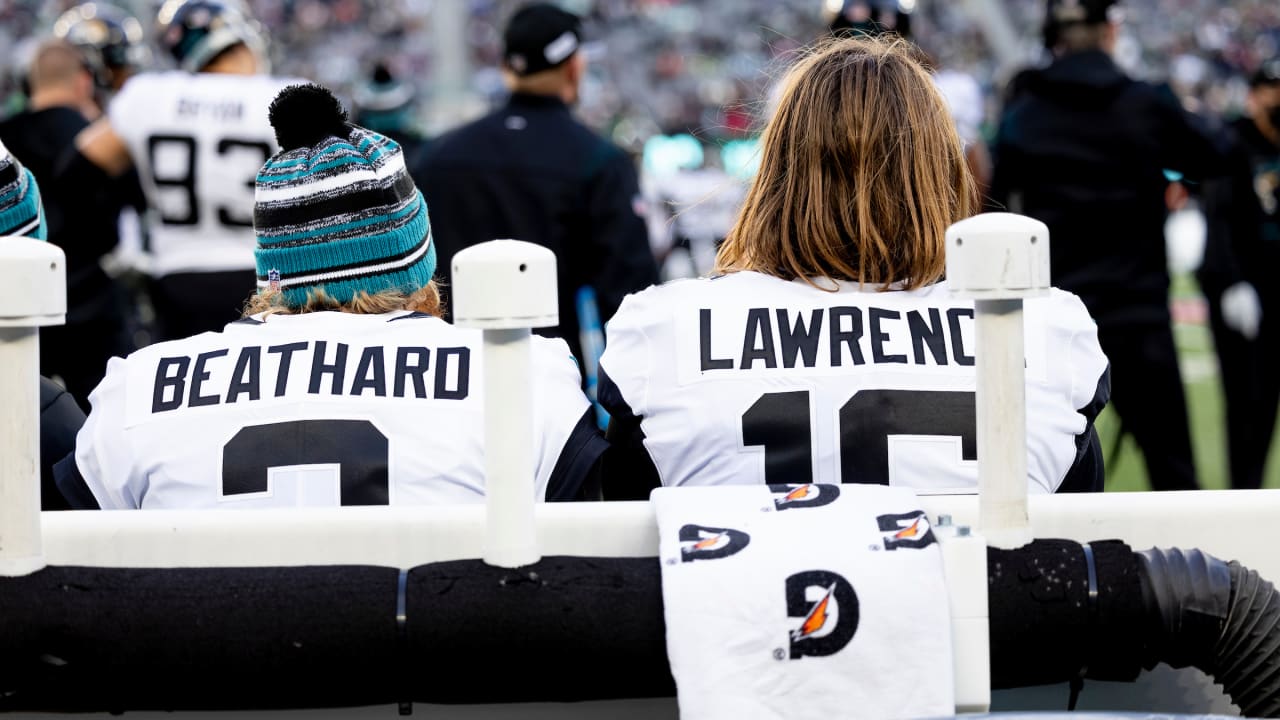 Another racist selection!
Reactions: cigaretteman
B

Well, that took some time.

I went to high school with Doug in Ferndale, Washington and we still keep in touch. He actually interviewed for this job in late December.

They just built a house in Jupiter which is just a few hours away. Their plan was to retire there but his wife was really hoping he would take that job if he did get back into coaching. The wife had a lot to do with this decision. Trust me on that one.
Reactions: cigaretteman
You must log in or register to reply here.

OT - Illuminating article on Urban Meyer from The Athletic

Wisconsin vs. Iowa: the Badgers have a new offensive coaching staff for 2022

The Hawkeye Lounge May 5, 2022
cidsports