Jaylon Ferguson, linebacker for the Baltimore Ravens, dies at age 26

“We are deeply saddened to confirm the tragic passing of Jaylon Ferguson,” agent Safarrah Lawson said in a statement. “He was a wonderful young man full of love and life. He will be remembered not just as a football player, but as a great father, son, brother and friend. The family ask for your continued prayers.”

Neither Lawson nor the Ravens announced the cause of death.

“We are profoundly saddened by the tragic passing of Jaylon Ferguson,” the Ravens said in a statement. “He was a kind, respectful young man with a big smile and infectious personality. We express our heartfelt condolences to Jaylon’s family and friends as we mourn a life lost much too soon.”


Ferguson set the career sacks record in the college Football Bowl Subdivision (45) when he played at Louisiana Tech.

Ferguson was a third-team AP All-American in 2018.

“The LA Tech Family mourns this morning’s tragic news of the sudden death of former Bulldog great, Jaylon Ferguson,” the Louisiana Tech football program tweeted. “We will remember his God-given talents on the field and his infectious personality off of it. Our thoughts and prayers are with his family and friends.” 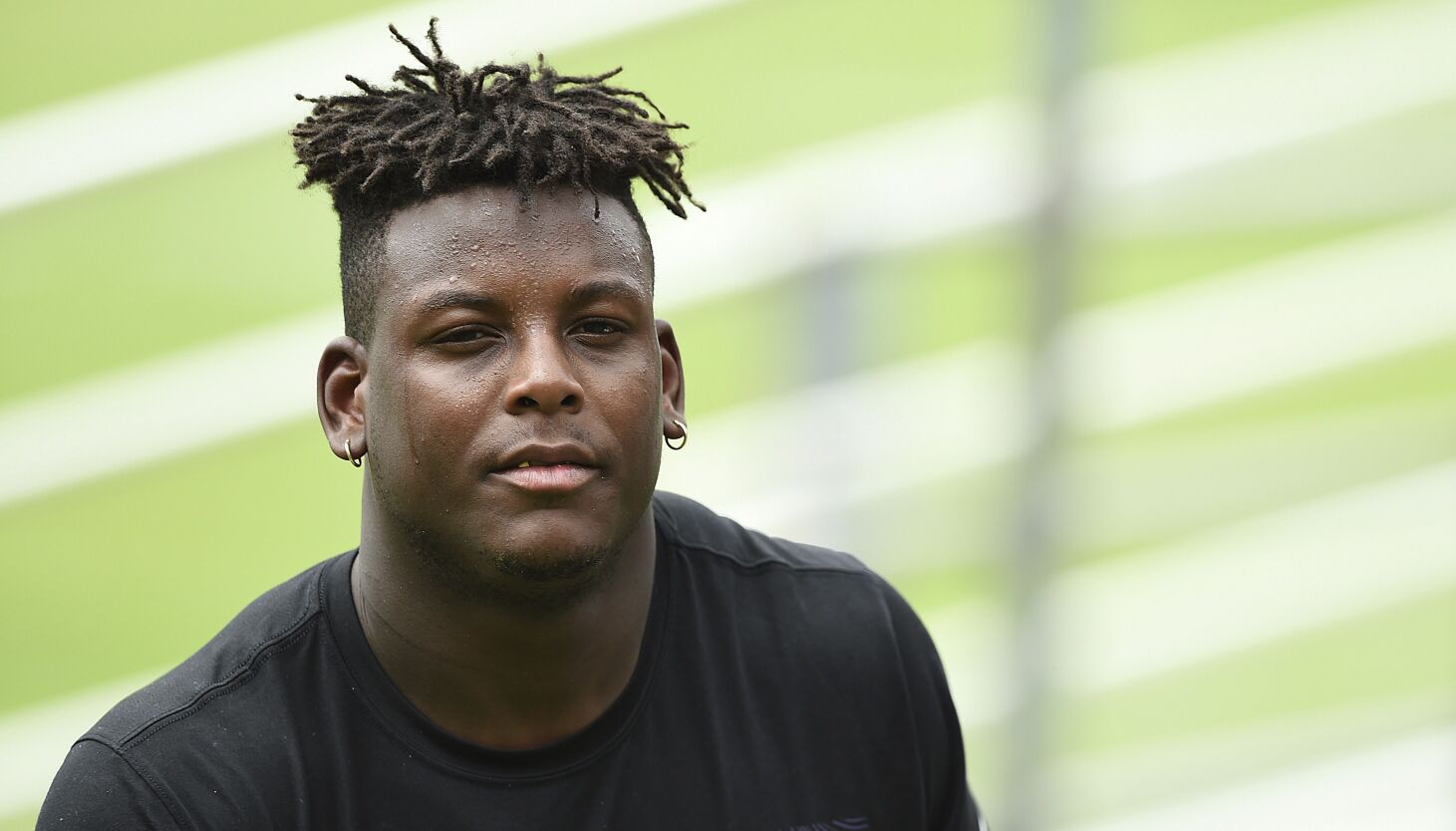 Jaylon Ferguson, linebacker for the Baltimore Ravens, dies at age 26