Days away from the inaugural Blues Brothers Con, one starts to wonder: Do I have my suit pressed, and are my hat and shades at the ready to “shake a tail feather?”

In a world where film franchises and TV series have their own conventions, the iconic 1980 Chicago film “The Blues Brothers” finally gets its own at Old Joliet Prison Aug. 19-20. Fans and aficionados of the brothers will be treated to sights and sounds from the movie, according to Greg Peerbolte, CEO of the nonprofit Joliet Area Historical Museum which is hosting the festival. 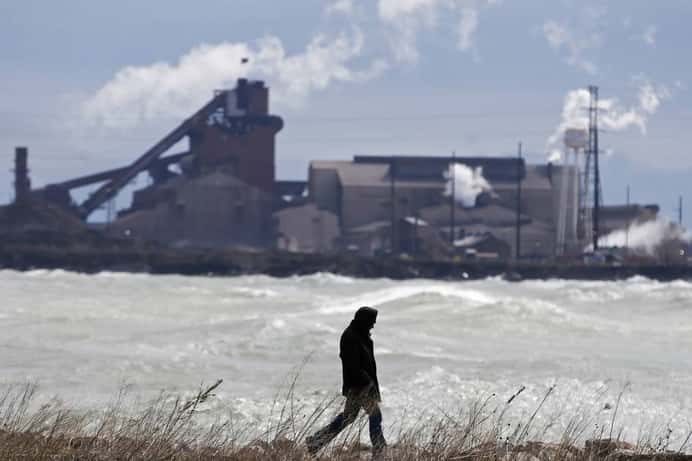 Those sounds Friday come from the likes of Toronzo Cannon and Curtis Salgado, for whom the film’s character ‘Curtis’ is named. On Saturday, fans will get the gospel side of things when a gospel music service will be followed by music from Mondo Cortez & The Chicago Blues Angels and Lil’ Ed & The Blues Imperials. Local gospel groups Will Terry & Sounds of Joy, Chrysann Moore and the Lewis University Gospel Choir will perform after an ecumenical church service. A free open-to-the-public screening of “Blues Brothers” will conclude the festivities Saturday night.

Other convention attractions: A vintage car show featuring the Chicago Bluesmobile, Mount Prospect’s Pre-Bluesmobile, vintage Chicago police cars and Illinois State Police vehicles from the film era, Blues Brothers merchandise, live country and Western music at Bob’s Country Bunker Beer Garden, and food at the Maxwell Street Market pop-up. Art demonstrations and a letter writing station in cooperation with the Last Prisoner Project and repurposed artwork from the damaged areas of the Joliet prison will also be on hand.


“This movie brought great joy. It’s great music. It’s mischievous and fun. And it’s a mission from God to deliver the spiritual awakening, bringing everyone to the light with the joy of this music that was born and bred in gospel,” Jim Belushi said.

“We’re gonna do a full 90-minute Blues Brothers show — me and Danny kicking it with a 10-piece band, three horns, two guitars, B-3 organ, three backup singers, harmonica players. Danny plays harmonica. I play harmonica, we’ll be doing harmonica playoffs. And the great news is Curtis Salgado is playing before us.” 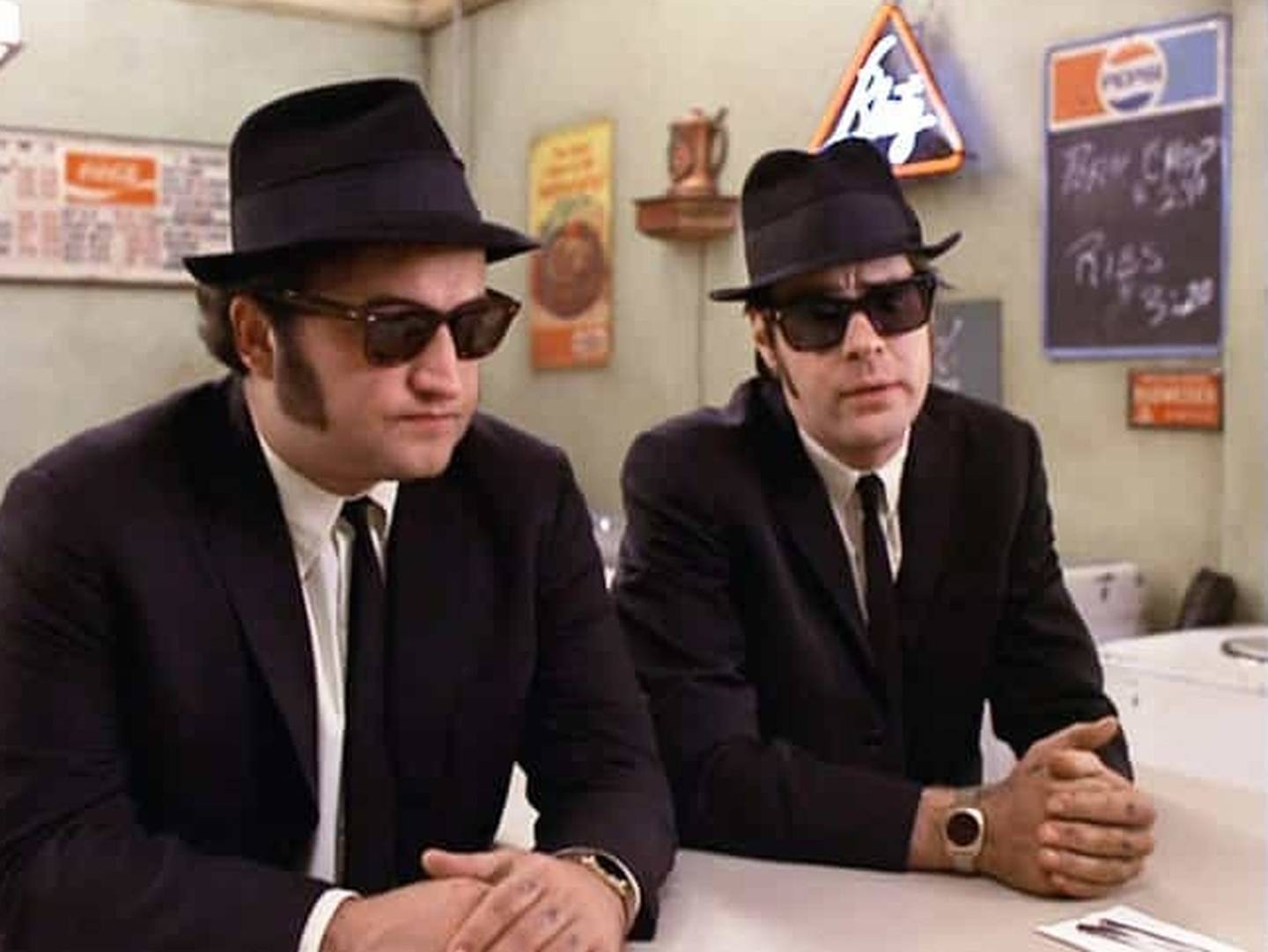 Jake (John Belushi) and Elwood (Dan Aykroyd) in the 1980 Chicago-set movie "The Blues Brothers." A free screening will conclude the convention this weekend in Joliet. (Universal Pictures/Universal Pictures)
We talked with Belushi about the event. He said he’s been stretching and doing his dance moves all week getting ready to be in peak condition Friday. The interview has been condensed and edited for clarity.

Q: Why haven’t we had a “Blues Brothers” con before?

A: I have no idea why we haven’t. It was a nice surprise. This gentleman Greg (Peerbolte) is quite a visionary and a doer. He has managed to pull this beautiful “Blues Brothers” museum at the Joliet Prison together. I mean, he’s got Bob’s Country Bunker there, he’s got the church there. He’s got food trucks and bands. You got Thomas “Bones” Malone coming, Steve Cropper coming, even Judy my sister-in-law is coming.

Q: No need to woo these blues greats to play?

A: John and Danny sprung the well for all of us to drink from. From Judy to me to the band to Cropper to Bones Malone and Curtis Salgado was at the beginning. He was the one that inspired John.

Q: Was the impetus for the convention the pandemic? Or was it inevitable?

A: I think they’ve been working on it for a while, the pandemic kind of shut down the process. We’re experiencing just a great rebirth of live entertainment. I have an improv group called the Board of Comedy and we and we got the Blues Brothers and we’ve been booking like mad because people are thirsty for fun and entertainment again. We’re leaving Joliet and going to Niles, Michigan’s Riverfront Park, an outdoor, open consumption event.

Q: Will there be dance mobs akin to the one that Ray Charles starts with his song?

A: Wasn’t that a great scene? That scene made me cry. It was so fun and joyous. There is a song in the act that I do where I bring a bunch of ladies on stage and we kick it.

Q: Off topic: Can Belushi fans get ready for another season of your reality cannabis show, “Growing Belushi?”

A: We haven’t announced it yet. Literally yesterday, I closed the deal. But they’re very particular about making the announcement, but you can indicate that things are looking really good for the third season.

Blues Brothers Con is 2 p.m. to 11 p.m. Friday, 10 a.m. to 11 p.m. Saturday at Old Joliet Prison, 1125 N. Collins St., Joliet. Tickets (adults $60 and up) and more information, including about parking, at www.jolietmuseum.org and jolietprison.org. Crystal Head Platinum VIP tickets ($5,000) include a meet-and-greet with Aykroyd and Belushi. Walk-up tickets (both days) are subject to capacity. 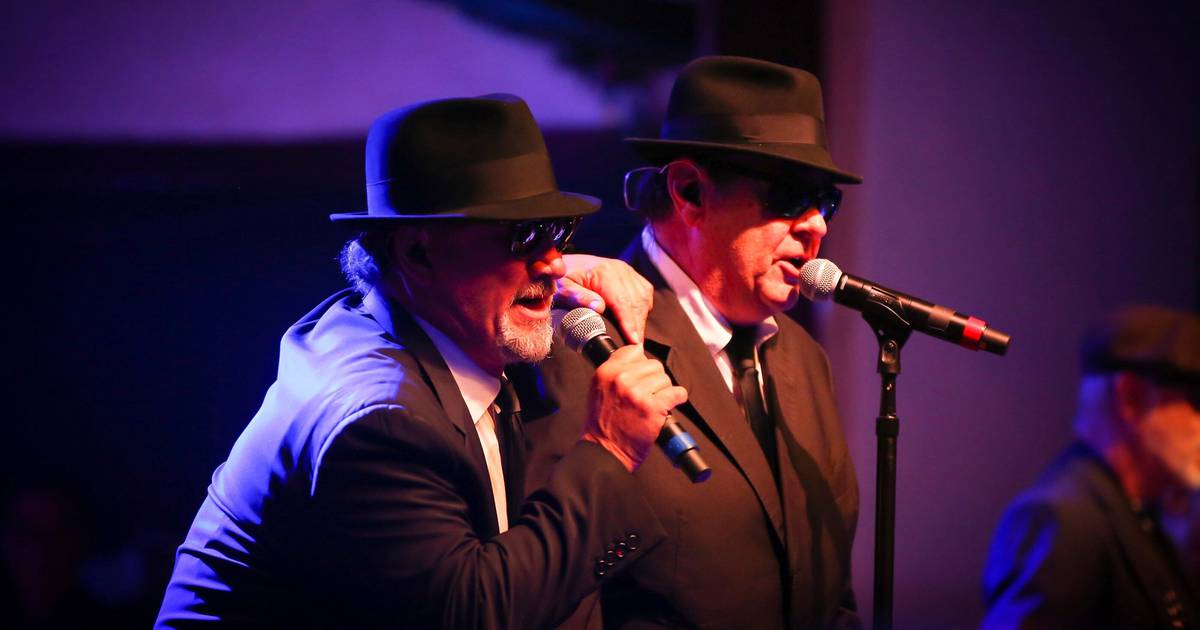 Make it your mission to head to the first Blues Brothers Con. The inaugural event kicks off this Friday with a performance with Jim Belushi and Dan Aykroyd at the Old Joliet Prison.

John (Jake Blues) is dead.
pass.
You must log in or register to reply here.

The Pro-Life Movement Made a Bargain With Trump, and It Has Paid Dearly