Jim Post, best known as half of the duo Friend & Lover, whose only hit was a memorable one — “Reach Out of the Darkness,” which proclaimed with flower-power earnestness, “I think it’s so groovy now that people are finally gettin’ together” — died on Sept. 14 in Dubuque, Iowa. He was 82.
His former wife Janet Smith Post, with whom he wrote two children’s books, said his death, in hospice care, was caused by congestive heart failure.
“Reach Out of the Darkness,” which rose to No. 10 on the Billboard Hot 100 in June 1968, featured Mr. Post and his wife at the time, Cathy Conn, singing lyrics that say, in part:
Don’t be afraid of love
Don’t be afraid, don’t be afraid
Don’t be afraid to love
Listen to me
Everybody needs a little love.

Although the lyrics say “Reach out in the darkness,” an executive of Verve Forecast Records, the label that released the record, gave it the title “Reach Out of the Darkness.” That title suggested something different to Mr. Post, who wrote the song.
Advertisement
Continue reading the main story


“Reach out in the places where you’re not enlightened,” he explained to The South Bend Tribune in 2009. He then recited the chorus: “Reach out in the darkness, reach out in the darkness, reach out in the darkness and you may find a friend.”
The song fared better than the duo’s album of the same name, and after a few more singles that were not successful, Friend & Lover disbanded and Mr. Post and Ms. Conn divorced. Ms. Conn died in 2018.
Mr. Post injected extra elements into “Reach Out” for a 2009 recording, giving it a radically new arrangement and merging it with “Get Together,” the late-1960s Youngbloods hit that urged listeners, “Everybody get together / Try to love one another right now.” He called the medley “Reach Out Together.” He said at the time that “Reach Out,” mashed up with a song from the same era with a similar sensibility, was as relevant as it had been in 1968.
“What is the theme of our country now?” he asked. He answered his own question: “Coming together.”
“Reach Out of the Darkness” received new life in 2013 when it was heard over the closing credits of a sixth-season episode of “Mad Men” while Senator Robert F. Kennedy’s assassination was being reported on television. Writing on the arts and culture website Across the Margin, L.P. Hanners said that the upbeat 45-year-old song “was perfectly paired with the duality featured in the final scene of ‘Man With a Plan.’”


The song was also heard on the soundtrack of the 2015-16 TV series “Aquarius,” which starred David Duchovny as a homicide detective on the trail of Charles Manson in Los Angeles in the late 1960s.​


Jimmie David Post was born on Oct. 28, 1939, in Houston and grew up on a farm about 20 miles outside the city. His father was a longshoreman, his mother a homemaker.
A singer from an early age, Jim won a school talent contest in first grade, which led to a performance on a local radio show. Later, he told The Chicago Sun-Times in 1972, he was a “successful evangelistic singer” who had performed in more than 500 churches around the United States by the time he was 22.
In the early 1960s, Mr. Post became part of a three-man folk group, the Rum Runners, which in 1963 released a version of the traditional song “You Gotta Quit Kickin’ My Dog Around” as a single on Mercury Records. When they played at a club in Kansas City, Mo., a year later, Dick Brown of The Kansas City Star wrote, “To a major extent, the vocals depend on the remarkable tenor voice of Jim Post.”
While on tour in Canada with the Rum Runners, Mr. Post met Ms. Conn, a dancer, and left the group to be with her. They soon began performing as Friend & Lover and made their name at the Earl of Old Town, a folk club in Chicago where singers like Steve Goodman and John Prine also performed.
Although Friend & Lover was a folk act, their records used studio musicians and achieved more of a pop sound — and, at least at first, pop success.

After the breakup of both Friend & Lover and his marriage to Ms. Conn, Mr. Post became a solo act and returned to folk music.
Advertisement
Continue reading the main story


“Jim was a wonderful character with a wide vocal range,” the folk singer Bonnie Koloc, who watched Mr. Post perform both with Ms. Conn and alone at the Earl of Old Town, said in an interview. “He was such an enthusiastic performer. We all loved him.”
Mr. Post, who was married and divorced five times, is survived by a daughter and a grandson.
He later changed directions, conceiving and touring with one-man musical shows. The first, in 1986, was “Galena Rose: How Whiskey Won the West,” about a 19th-century lead-mining rush in Galena, Ill., where he lived for many years.
Then, in the mid-1990s, when he began to look like Mark Twain, Mr. Post created “Mark Twain and the Laughing River,” a show that married his songs to Twain’s words. The CD of the show earned him an American Library Association award for notable recordings.
He followed that about a decade later with “Mark Twain’s Adventures Out West.”
“Reach Out of the Darkness” remained a notable part of Mr. Post’s life 54 years after its release, through continued airplay and the royalties he received.
“Two months ago, he got a check for $6,000,” his friend Bob Postel said in an interview.
He added: “He was always proud that he wrote it and it surprised the hell out of him that it was a hit. That song paid for a lot of gas.” 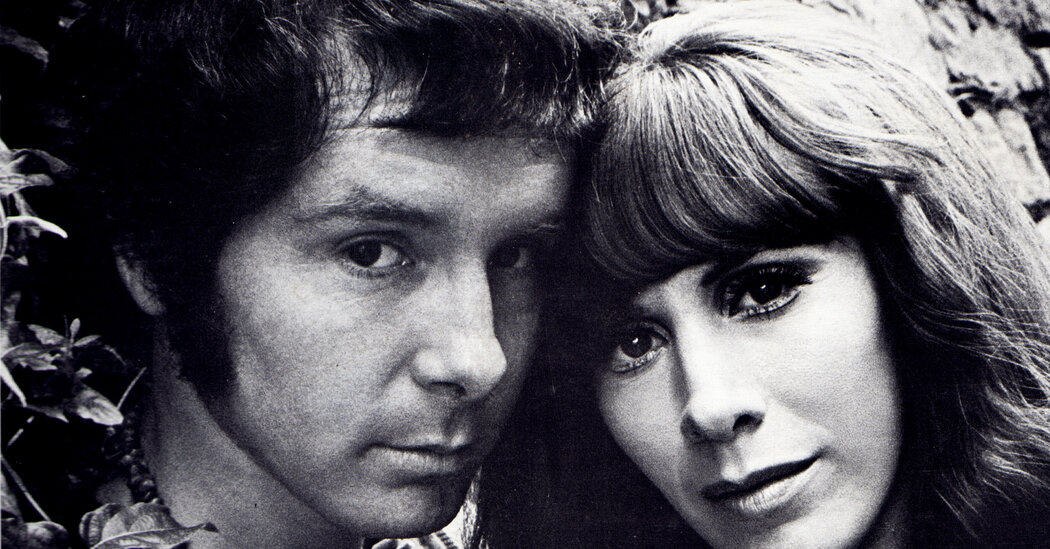 He and his wife, Cathy Conn, had a Top 10 single with “Reach Out of the Darkness” as Friend & Lover in 1968. It’s still played today, but it was their only hit.

I have to be honest, I don’t recall ever hearing this song.

Scott559 said:
I have to be honest, I don’t recall ever hearing this song.
Click to expand...

Did you listen to KIOA in the late 60s?
Reactions: cigaretteman

CarolinaHawkeye said:
Did you listen to KIOA in the late 60s?
Click to expand...

Don’t recall listening to KIOA, Mostly Cubs on WGN, Twins on WCCO, Older sisters records and Beaker Street on weekend. And Zabel on WHO.
T

Scott559 said:
I have to be honest, I don’t recall ever hearing this song.
Click to expand...

Not by the article, but the vid yes, chorus remember well
You must log in or register to reply here.