An Iowa court denied a request from parents to temporarily bar enforcement of a Linn-Mar school district policy that protects transgender and nonbinary students while a lawsuit to negate the policy is pending.


The policy ensures public schools “are productive, safe places to educate children and to ensure no child is subject to harassment, bullying or made to feel lesser for any reason by students, staff and others while at school,” Williams said in court documents.


If an injunction were issued and a child were being bullied or harassed, the school would not be allowed to step in and stop the bullying, according to court documents.


The language of the policy does raise “legitimate concerns” about whether the school district could conceal information from parents about their children’s gender identity.


“It is also possible to use the universal word ‘they,’ which is often used to refer to a person or people regardless of whether that person uses ‘they’ as a pronoun,” Williams wrote in court documents.


Officials with the Linn-Mar Community School District did not respond to a request for comment.


The policies were intended to allow all students to advocate for themselves, feel comfortable at school, receive support from staff and work with staff and families to create a plan to help students’ succeed.


The policies spell out inclusive practices for transgender students, including giving students access to restrooms, locker rooms or changing areas that correspond with their gender identity.


It protects a student’s privacy by keeping their transgender status private at school — if they wish to. Any student in seventh grade or older will have priority of a gender support plan over their parent or guardian, according to the proposed policies.


The policy has been called “safest” for all students by LGBTQ advocates.


The seven anonymous parents who filed the lawsuit against the district fear the policy allows school staff to create a gender support plan without parental consent. The parents assert their fundamental right to make decisions about the care, custody and control of their children, according to court documents.


Two parents cited their children’s neurodevelopmental disorders, such as autism spectrum disorder, that creates confusion when distinguishing between sexes and gender, according to court documents.


Parents allege harm because their children could potentially misstate their sex, gender or pronouns, accidentally indicating they are a gender different from that assigned at birth and identify as nonbinary or transgender.


Other parents say they and their children believe in only two genders, they do not believe in gender dysphoria and do not believe people assigned one sex at birth can genuinely identify later as another gender.


Still other parents believe their children will be punished if they do not respect another child’s name or pronoun on a repeat, intentional basis, and they feel uncomfortable voicing their opinions on gender identity at school.


Judge Williams said the parents did not demonstrate “sufficient threat of irreparable harm.”


None of the parents assert their child has been given a gender support plan without their consultation or that any child has been disciplined for any misuse — intentional and repeated or otherwise — of another child’s name or pronouns.


One parent withdrew their child from the school district because of the policy. Williams ruled that even assuming the policy “forced” the child to leave the district, “the policy itself still has no effect on the child.” 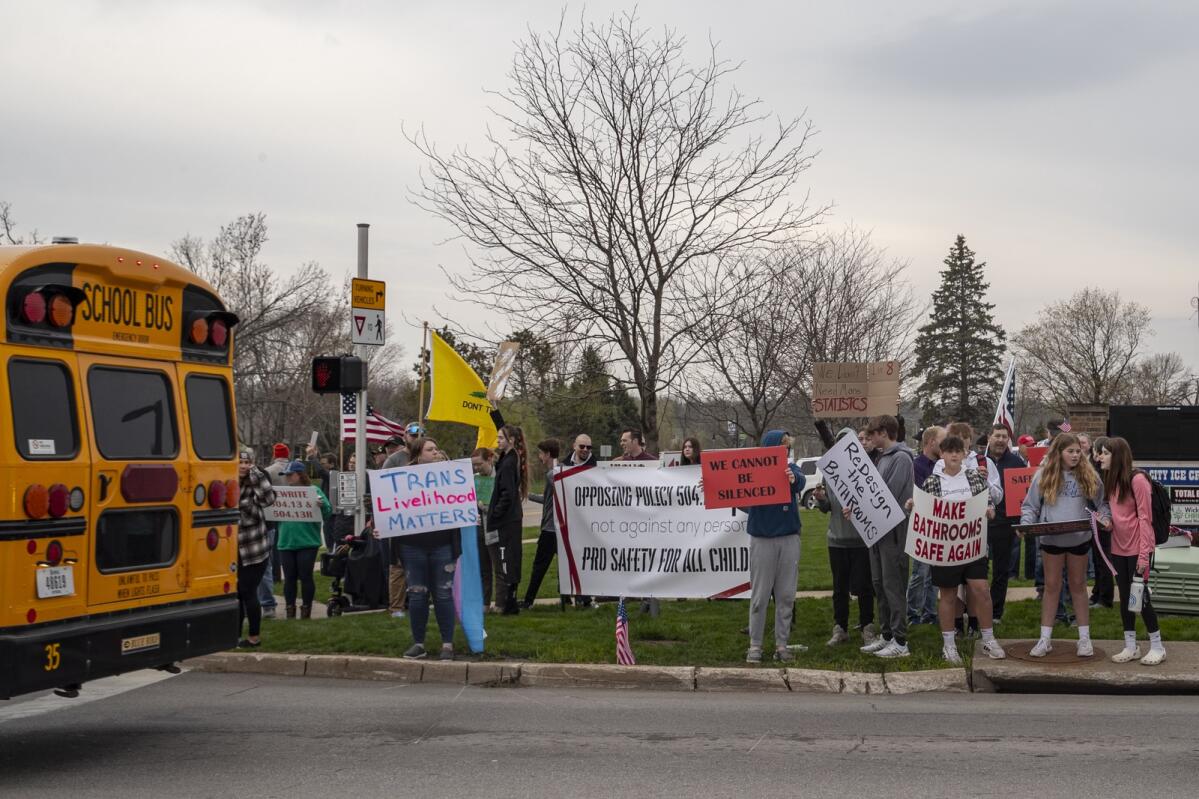 The policy ensures public schools are “safe” for all students and protects students from harassment and bullying on the basis of gender identity. It is being challenged in a lawsuit brought by a national parental advocacy group.