University of Iowa Athletics must turn over all materials former players have requested from an “independent and external review” of the Hawkeye football program — including reports on specific coaches — despite UI assertions the records are subject to “attorney-client privilege” and should be private.


“It is uncontested that (the Husch Blackwell law firm’s) investigation was not made, and the report was not prepared, because of any prospect of litigation,” according to Chief U.S. Magistrate Judge Helen Adams’ June 24 order in the federal lawsuit that several former Hawkeye football players filed in October 2020 against the UI, the Iowa Board of Regents, head football coach Kirk Ferentz, and others.


Referencing the UI’s decision to hire national law firm Husch Blackwell LLP to conduct an independent and external review of the program, following allegations it enabled racially-motivated discrimination, Adams ordered the UI to release all its findings — not just the parts it wants.


The UI in early 2020 hired the firm to investigate the football program’s culture after numerous former players went public with allegations of racism and discrimination — leading the UI’s $1.3 million separation deal with former strength coach Chris Doyle, among those accused.


As part of its review, Husch Blackwell interviewed current and former players and employees and produced a report confirming the program “perpetuated racial or cultural biases and diminished the value of cultural diversity.”


The university publicly released one report on the findings in July 2020, and a group of former players subsequently filed a federal lawsuit — which has brought accusations of harassment, intentional delays and bad faith from one side or the other.


In seeking documents to build their case, player attorneys have asked the UI to turn over hundreds of thousands of pages of records, including all documents associated with the Husch Blackwell investigation. The university, in withholding records, has argued they either don’t exist or are protected by privilege and privacy laws.

To the university’s argument of “attorney-client” privilege, Adams wrote that’s “a long-established rule that confidential communications between an attorney and his client are absolutely privileged from disclosure against the will of the client.”


According to Adams’ order, though, attorney-client privilege applies “only to those disclosures necessary to obtain informed legal advice which might not have been made absent the privilege.”


“In order for the attorney-client privilege to be applicable, the parties to the communication in question must bear the relationship of attorney and client,” according to the order. “A communication is not privileged simply because it is made by or to a person who happens to be a lawyer.”


Finding that the UI failed to show it engaged Husch Blackwell to provide legal services, Adams wrote the fact the investigation was conducted by an attorney “is irrelevant.”


“There is nothing in the record to support the argument … (that) the HB law firm provided any advice to Iowa for the purpose of an opinion on law, in anticipation of litigation, in preparation for trial, or any other service which only a lawyer is authorized to perform,” she wrote. Plus, she said, when the UI made one part of Husch Blackwell’s work public, it must make all its reports public.


“This court holds that Iowa waived attorney-client privilege when it voluntarily disclosed the report to the public,” her order said.


And, the judge found, because the UI has indicated it plans to use the report as part of its defense, in the players’ lawsuit, “It would be unfair to allow defendants to use the HB materials as both a sword and shield.”


Among the judge’s orders, UI must produce much of the requested documents — including the Husch Blackwell reports — to the player attorneys by July 11. 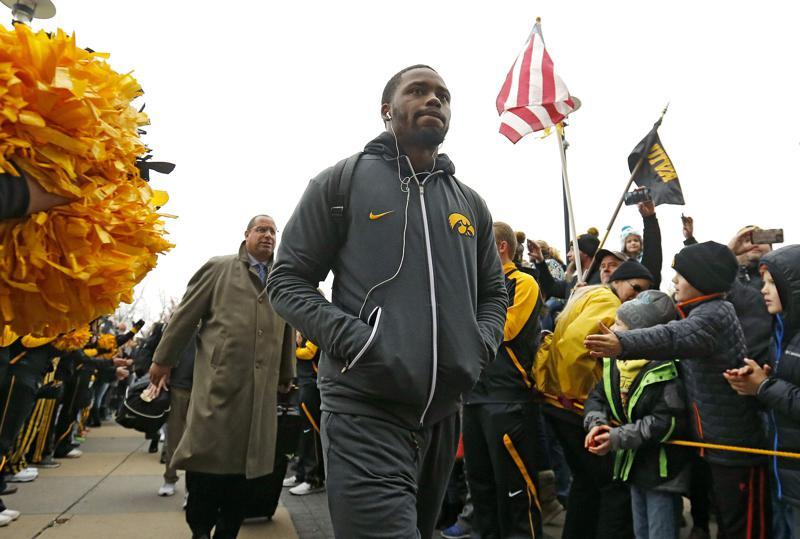 University of Iowa Athletics must turn over all materials former players have requested related to an “independent and external review” of the Hawkeye football program — including reports on specific coaches — despite UI assertions the records are subject to “attorney-client privilege” and private.