Just a Reminder of how Dangerous it is for the Pitcher

26 year old Tampa Bay Rays pitching prospect Tyler Zombro, who underwent major brain surgery after being struck in the head by a line drive during a Triple-A game June 3, posted a series of tweets Thursday expressing gratitude for the support and care he received during his recovery.

In his tweets, Zombro also shared photos of his post-surgery recovery at Duke University Hospital in Durham, North Carolina.

Zombro, a 26-year-old reliever for the Rays' Triple-A affiliate, the Durham Bulls, had spent five days in the intensive care unit and two more in the hospital before being discharged on June 9. He remains in Durham with his family and is continuing with outpatient and occupational therapy.

The incident occurred in the eighth inning of a game against the Norfolk Tides in Durham.

Zombro was struck in the face by a line drive off the bat of Brett Cumberland and immediately fell to the ground. His feet appeared to be shaking as an athletic trainer rushed to him. Zombro was taken off the field on a stretcher and transported to the hospital.

Zombro has been in the Rays' organization since 2017, when he signed as an undrafted free agent out of George Mason. He has a 3.18 ERA this season and a 2.79 career ERA in the minors.


See the video below of him walking. Incredible. 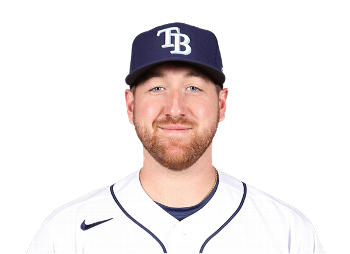 Pitcher hit by liner posts thanks, pics of recovery

Tampa Bay Rays pitching prospect Tyler Zombro took to Twitter on Thursday to express gratitude for the care and support he has received since being struck in the head by a line drive on June 3.

Really surprised pitchers aren't required to wear helmets. That can end your life.
Reactions: Hawkeyes4Life32 and Franisdaman
A

I could never be a doctor. that 2nd pic makes me almost faint
A

Franisdaman said:
I could never be a doctor. that 2nd pic makes me almost faint
Click to expand...

Same
Reactions: Franisdaman
You must log in or register to reply here.

Want to read a funny story about backwoods illegal circumcisions?

Help Pick a New Song for the Hawkeye Wave

A reminder of how well respected Kirk Ferentz is by NFL Coaches, GMs & the National Media

USA Today: Linderbaum could slip out of first round