Keep the bottle bill: 84% of Iowans support it, poll says

Iowans love their state’s recycling program, a new poll shows. And if any changes are to be made to the program, they want to see it expanded to allow for more recyclable bottles and more places to return the empties.


The poll was done by Selzer & Co., which conducts the highly regarded Iowa Poll for the Des Moines Register and Mediacom.


The polling on Iowa’s recycling program was commissioned by Cleaner Iowa, a nonprofit that advocates for responsible waste management and clean environment policies. The group published the poll results Tuesday.


“I think it reinforces what we believed that Iowa consumers want, and that’s convenient redemption,” RG Schwarm, executive director of Cleaner Iowa, said during a virtual news conference.


State legislators are once again considering making changes to the state recycling program in what has become known inside the Iowa Capitol as the annual “bottle bill.” Under the current program, Iowans pay a 5-cent deposit when purchasing a recyclable beverage container and receive a 5-cent refund upon returning a container to a store or redemption center.

According to the poll, 84 percent of Iowans said the recycling law is good for the state, while just 12 percent said it is bad.


Even after respondents were given a list of arguments for and against the recycling law, the share of people when asked again if the program should be expanded increased from 61 to 70 percent.


“A solid majority said let’s do more, not let’s do less, and that over the course of hearing more on both sides, that number grew,” Selzer said during the news conference. “There aren’t that many issues that get that kind of support. So I think this really tells the story right there.”


To offer comparisons, the poll also asked Iowans about other statewide programs: 73 percent said the state raising the speed limit on rural interstate highways is a good thing, but just 34 percent said legalization of sports betting in Iowa is a good thing.


Fewer than 1 in 5 Iowans said they want to get rid of the program.


For the poll, Selzer & Co. surveyed 814 active registered Iowa voters from Feb. 4 to Feb. 8, using landlines and mobile phones. The results were weighted to reflect Iowa’s demographics by age and gender.


Schwarm said he expects to see new forms of the bottle bill introduced at the Capitol in the coming weeks. He said Cleaner Iowa is pushing for any legislation to maintain current standards for how many redemption centers must be available in a certain geographic area, and for an increase on the handling fee. 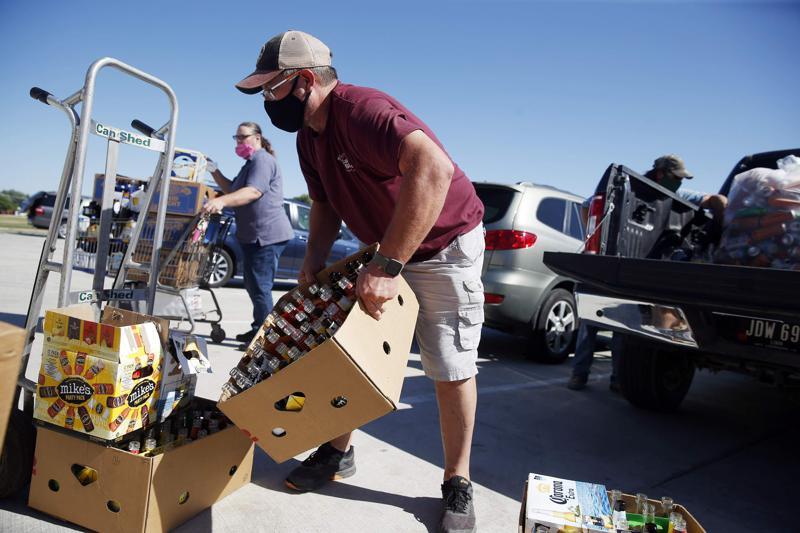 Poll: Keep the bottle bill, 84% of Iowans support it

According to a new poll from Selzer & Co., 84 percent of Iowans said the state’s recycling law is good for the state, while just 12 percent said it is bad. And 80 percent said the state should either keep the law as it is, or expand it to add more types of eligible containers and more retail...

This is one area where the state should subsidize a small business to collect the cans and bottles instead of relying on the places where groceries are sold. That being said, if they are going to charge for soda and beer, why not other beverage and food containers which can be recycled?
Reactions: cigaretteman
You must log in or register to reply here.

41% Of Republicans Support Trump Over GOP