Elizabeth Johnson Jr. is — officially — not a witch.
Until last week, the Andover, Mass., woman, who confessed to practicing witchcraft during the Salem witch trials, was the only remaining person convicted during the trials whose name had not been cleared.
Though she was sentenced to death in 1693, after she and more than 20 members of her extended family faced similar allegations, she was granted a reprieve and avoided the death sentence.
The exoneration came on Thursday, 329 years after her conviction, tucked inside a $53 billion state budget signed by Gov. Charlie Baker. It was the product of a three-year lobbying effort by a civics teacher and her eighth-grade class, along with a state senator who helped champion the cause.
Advertisement
Continue reading the main story


“I’m excited and relieved,” Carrie LaPierre, the teacher at North Andover Middle School, said in an interview on Saturday, “but also disappointed I didn’t get to talk to the kids about it,” as they are on summer vacation. “It’s been such a huge project,” Ms. LaPierre added. “We called her E.J.J., all the kids and I. She just became one of our world, in a sense.”

Only the broad contours of Ms. Johnson’s life are known. She was 22 years old when accused, may have had a mental disability and never married or had children, which were factors that could make a woman a target in the trials, Ms. LaPierre said.
The governor of Massachusetts at the time granted Ms. Johnson a reprieve from death, and she died in 1747 at the age of 77. But unlike others convicted at the trials, Ms. Johnson did not have any known descendants who could fight to clear her name. Previous efforts to exonerate people convicted of witchcraft overlooked Ms. Johnson, perhaps because of administrative confusion, historians said: Her mother, who had the same name, was also convicted but was exonerated earlier.
The effort to clear Ms. Johnson’s name was a dream project for the eighth-grade civics class, Ms. LaPierre said. It allowed her to teach students about research methods, including the use of primary sources; the process by which a bill becomes a law; and ways to contact state lawmakers. The project also taught students the value of persistence: After an intensive letter-writing campaign, the bill to exonerate Ms. Johnson was essentially dead. As the students turned their efforts to lobbying the governor for a pardon, their state senator, Diana DiZoglio, added an amendment to the budget bill, reviving the exoneration effort.
“These students have set an incredible example of the power of advocacy and speaking up for others who don’t have a voice,” Ms. DiZoglio, a Democrat whose district includes North Andover, said in an interview.


At least 172 people from Salem and surrounding towns, which include what is now North Andover, were accused of witchcraft in 1692 as part of an inquisition by the Puritans that was rooted in paranoia, according to historians.

Emerson W. Baker, a history professor at Salem State University and the author of “A Storm of Witchcraft: The Salem Trials and the American Experience,” said there were many reasons innocent people would confess to witchcraft. Many wanted to avoid being tortured, or even believed that perhaps they might in fact be a witch and just didn’t know it, the result of a pressure campaign by religious ministers and even family members.
“At what point does she say,” Mr. Baker asked, “‘For the good of the community, I probably should confess? I don’t think I’m a witch, but maybe I had some bad thoughts and I shouldn’t have had them.’” It would have been a logical thought process for a society that widely believed in the existence of witches, he said.
Another common reason for confessions, Professor Baker said, was for survival. It became clear by the summer of 1692 that those who pleaded not guilty were quickly tried, convicted and hanged while those who pleaded guilty seemed to escape that gruesome fate: All 19 people who were executed in Salem had pleaded not guilty while not one of the 55 who confessed was executed, he said.
Professor Baker said he was happy to see Ms. Johnson’s name cleared. The accusations against her and her family must have ruined their lives and reputation, he said.
“For all the government and people of Massachusetts Bay put Elizabeth and her family through,” he said, exonerating her is “the least we can do.” 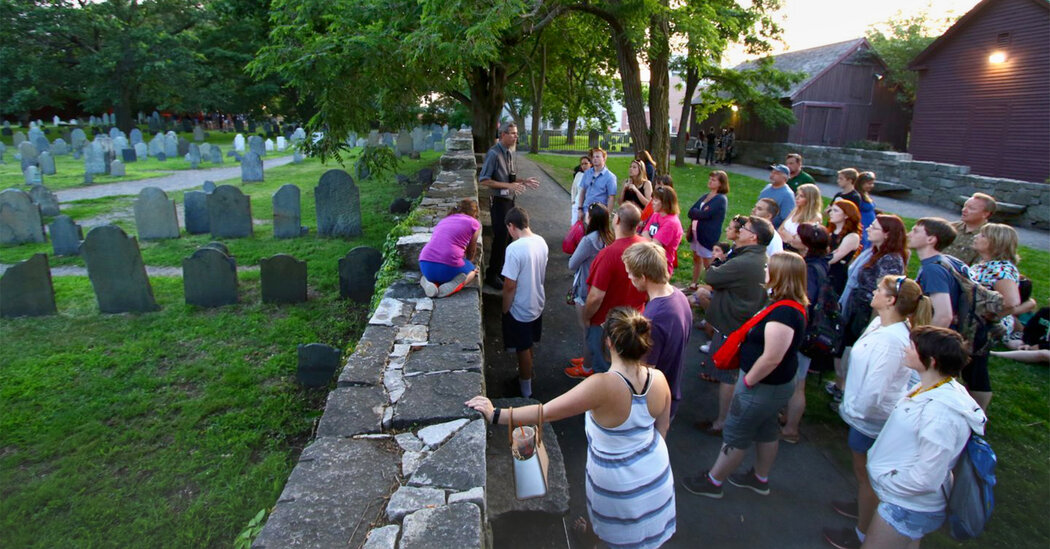 The exoneration of Elizabeth Johnson Jr., the last person whose name was not officially cleared, came from the efforts of an eighth-grade civics teacher and her students.

Not so fast - just wait until the Neo-Puritans on the Supreme Court catch wind of this…
Reactions: soybean

We were just out in Salem. A couple dudes were killed too and one was by “pressing”.
Reactions: cigaretteman

eightno2002 said:
We were just out in Salem. A couple dudes were killed too and one was by “pressing”.
Click to expand...

Did you go here? Great little spot for a cold one. 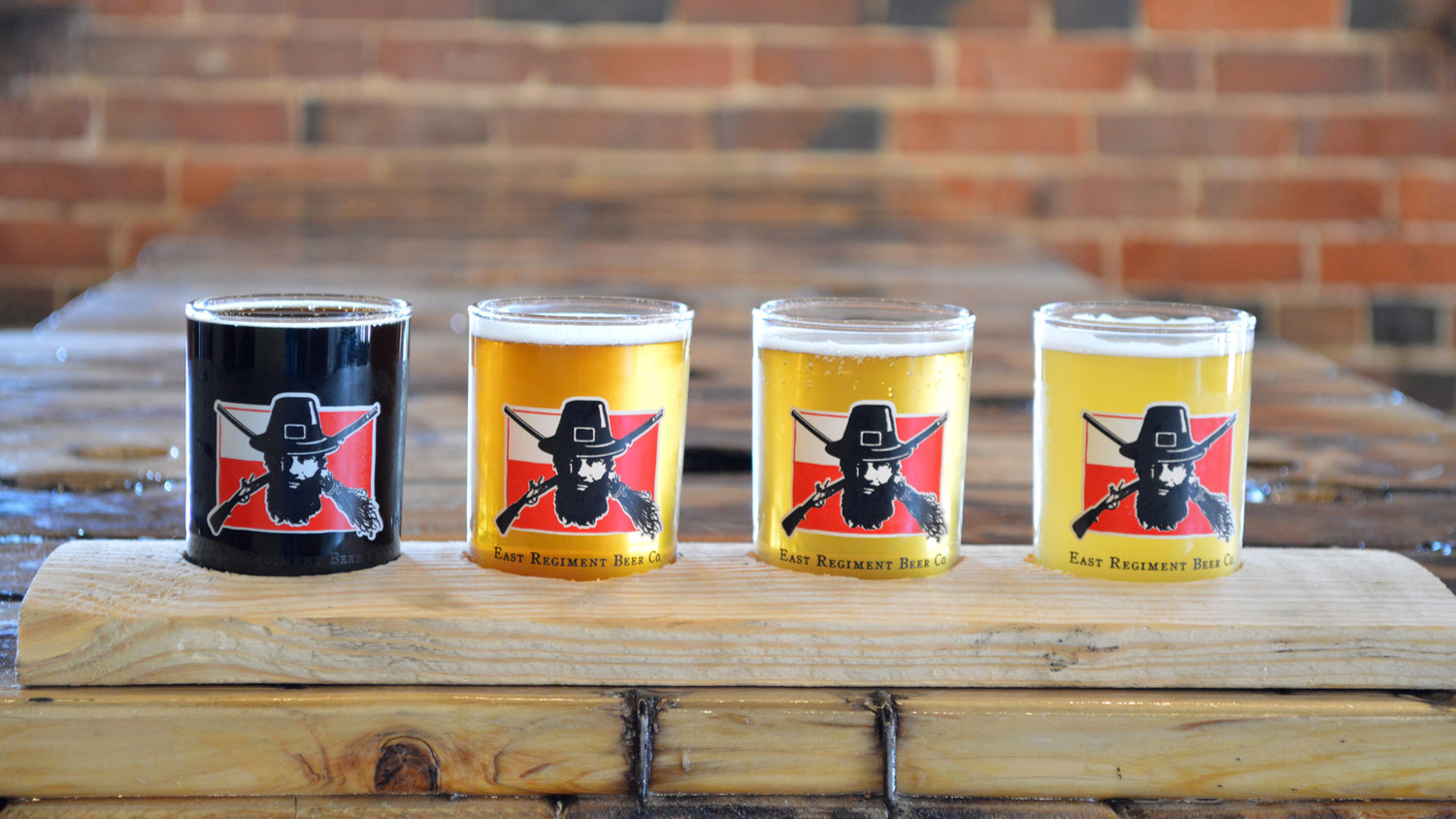 Hawki97 said:
Did you go here? Great little spot for a cold one.

bikes around the sites with our kids, not time for a cold one. As I think about it, other than a winery we didn’t go for drinks once on a three week vacation. Disappointed in myself. I did bring back some blueberry beer from main and of course yuengling.
You must log in or register to reply here.

Thousands of ‘witches’ could be posthumously pardoned in Scotland