Top lawmakers proposed a stopgap funding package on Monday night that would avert a government shutdown at the end of the week and set aside a major new round of emergency aid to Ukraine to defend itself against Russia.
With funding set to run out when a new fiscal year begins on Saturday, lawmakers are aiming to quickly move the legislation through both chambers in the coming days to keep the government funded through Dec. 16. But even as the final details of the package came together, it faced an increasing likelihood that it could not pass in its current form.
Most of the measures in the package, which would punt difficult negotiations over the dozen annual spending bills to after the November midterm elections, appeared to generate little opposition. It would provide just over $12 billion in military and economic aid to Ukraine, and ensure the federal government could quickly spend money on natural disaster recovery efforts, according to a summary from the Senate Appropriations Committee. It also notably sidestepped the Biden administration’s request for emergency funds to combat the coronavirus pandemic and monkeypox, given Republican opposition.

But the regular autumn scramble to avoid a shutdown has been complicated by the inclusion of a plan that would make it easier to build energy infrastructure across the country. The legislation is the product of a Democratic deal that helped secure the vote of Senator Joe Manchin III of West Virginia, a centrist Democrat, for the tax, health and climate law known as the Inflation Reduction Act, but lawmakers in both parties have objected to tying it to the must-pass spending bill.

“I am disappointed that unrelated permitting reform was attached to this bill,” Senator Patrick J. Leahy, the Vermont Democrat who is the chairman of the Senate Appropriations Committee, said in a statement. “However, with four days left in the fiscal year, we cannot risk a government shutdown; we must work to advance this bill,” he added.
The sentiment was echoed in a separate statement by his House counterpart, Representative Rosa DeLauro, Democrat of Connecticut, who noted that “while the bill provides a bridge to the omnibus, it is not perfect.”
The Senate is set to take a first procedural vote on Tuesday, and it appears increasingly unlikely that the stopgap bill will advance with the permitting overhaul bill in tow. Should the package fail to secure enough support, lawmakers may strip out the permitting proposal and pass the government funding bill on its own to avoid a shutdown.
Several Republicans, whose votes are essential in order to clear the 60-vote filibuster threshold in the evenly divided Senate, have said they have little interest in helping to deliver on a promise that prompted Mr. Manchin to drop his opposition to the broader health, climate and tax plan and allow it to pass over their party’s unanimous opposition.

In a statement, Senator Richard C. Shelby of Alabama, the top Republican on the Senate Appropriations Committee, acknowledged the “significant progress” made toward a short-term bill that “is as clean as possible.” But, he warned, “if the Democrats insist on including permitting reform, I will oppose it.”

Lawmakers in both parties have expressed opposition to the details of the permitting legislation, which Mr. Manchin released last week. Republicans have said the legislation does not go far enough to ensure projects are approved more quickly, while liberal Democrats are alarmed at provisions that would make it easier to build fossil fuel infrastructure and guarantee completion of the Mountain Valley Pipeline, a natural gas project that passes through West Virginia. 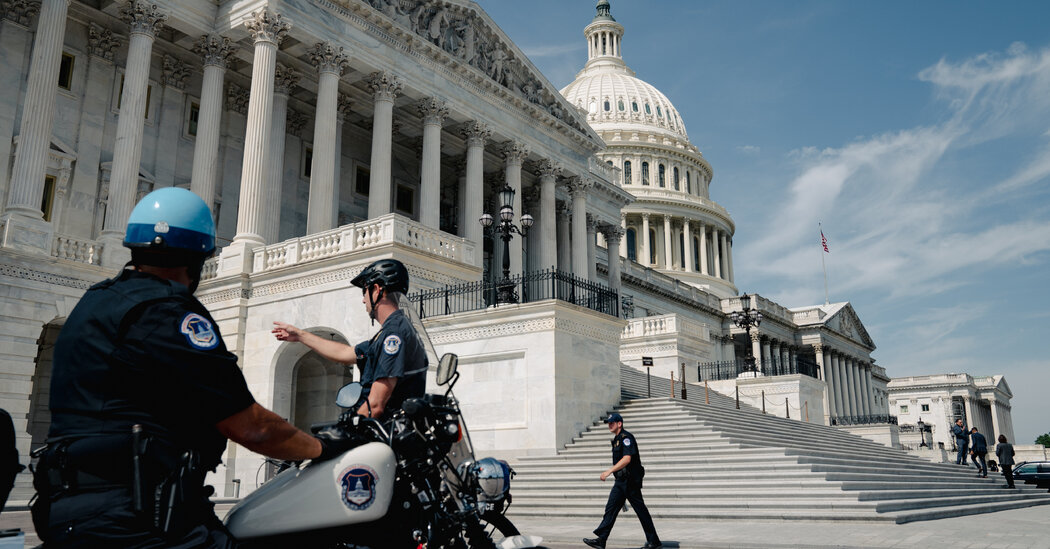 The vote on Tuesday came after Senator Joe Manchin agreed to leave out a plan to make it easier to build energy infrastructure projects, including a gas pipeline in his home state of West Virginia.

The latest: Sen. Scott (Fla.) votes ‘no’ on bill including $2 billion in disaster relief