Russian and Ukrainian negotiators met on Wednesday in Istanbul, in an increasingly desperate effort to release huge amounts of grain from Ukraine’s ports and ship it to a world facing rising hunger.

Military officials from Russia, Ukraine and Turkey, along with United Nations representatives, met at an Ottoman-era pavilion overlooking the Bosporus Sea. Russian and Ukrainian officials, dressed in civilian clothes, sat across from each other at a large table under a gilded chandelier in photos released by the Turkish defense ministry.

The ministry said the meeting concluded after less than 90 minutes, and it was not immediately clear whether the negotiators had made progress.

Officials have tried for months to break the impasse over Ukrainian grain without triggering an escalation in the war or, worse, a direct confrontation between Russia and NATO. Wednesday’s meeting raises hopes for a breakthrough, but in interviews, more than half a dozen officials directly involved or briefed on the plans cited obstacles ranging from the mundane to the downright “Mission Impossible.”

Proposed alternatives, moving the grain overland or through the Danube River, have been too slow, cumbersome and small-scale to address the challenge of more than 22 million tons of grain stuck in Odesa and other Black Sea ports that are blockaded by Russian warships.

“After all those talks, military delegations of the defense ministries of Turkey, Russian Federation and Ukraine and the U.N. delegation will meet tomorrow in Istanbul about safe transportation of the grain waiting in Ukraine’s ports via sea to the international market,” the Turkish defense minister, Hulusi Akar, who will host the session, said in a statement on Tuesday.

The urgency is real. Failing to move the grain already at the ports and in silos in the coming weeks will begin to hamper the summer harvest, as farmers will have no place to store their fresh crop.

The war in Ukraine is already contributing to a global food crisis that has sent the price of vital commodities like wheat and barley to historic highs.

The most immediate and consequential fallout is looming famine in the Horn of Africa, where years of drought are already devastating communities in Somalia and parts of neighboring countries. Ukraine, the world’s fourth-largest exporter of grains, is a key source for that region.

The international diplomatic efforts are being hampered by problems that include circumnavigating mines in the Black Sea, arranging at-sea inspections of the cargo, and, crucially, convincing the Kremlin it has an interest in playing ball. 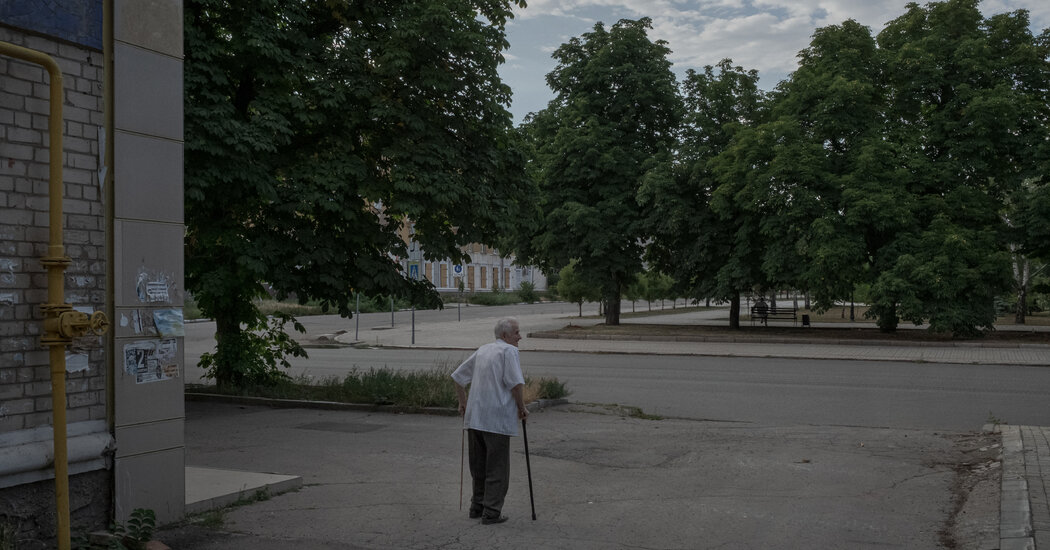 There are essentially two crops(2021 & 2022) at risk here and soon condition will become a real issue with both. Forgetting about 2023 for the moment will still leave the world with the grim prospect of losing the Ukraine exports, which will lead to millions sufferring from needless starvation.
Reactions: cigaretteman, MitchLL and binsfeldcyhawk2

soybean said:
There are essentially two crops(2021 & 2022) at risk here and soon condition will become a real issue with both. Forgetting about 2023 for the moment will still leave the world with the grim prospect of losing the Ukraine exports, which will lead to millions sufferring from needless starvation.
Click to expand...

Yep,.. I think the die has already been cast for future starvation
Reactions: cigaretteman
You must log in or register to reply here.

The strategy behind Ukraine’s rapid counteroffensive was devised by U.S., Ukrainian and British officials.