While there appears to have been no public response from LV, it looks as if this is an ongoing dispute between Portland over the lack of Security for their Portland store. It also sets up an interesting culture clash between the values of a large International Corporation and the insular attitudes of those running a very woke community.

Is there an obligation to protect private property when you have been collecting money to do just that?

I do not believe any arrests were ever made, or that any attempt to make arrests were ever undertaken. Portland seems to have simply let this slide, even though they had pictures and videos of many of the rioters. I do think that Portland has at least this secondary obligation.

From the National Review: 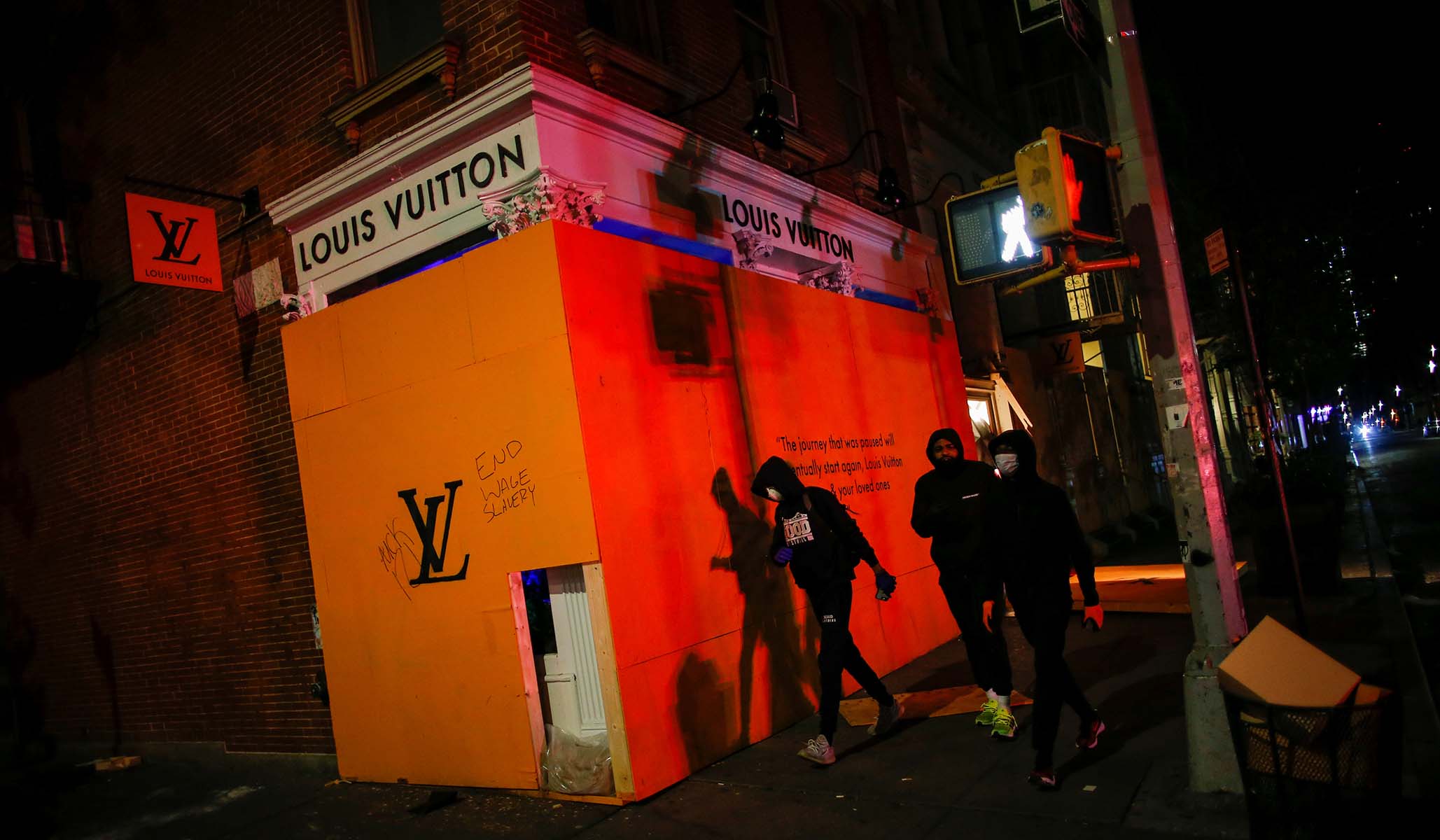 
Two years after looters caused extensive damage to its Portland, Ore. store and stole an estimated $300,000 worth of merchandise, luxury retailer Louis Vuitton has so far refused to pay its 2020 tax bills, leading the city to file a lawsuit against the French company.

According to a Complaint filed on August 26 in Multnomah County Circuit Court, Louis Vuitton owes the city of Portland $23,825 in business taxes, penalties, and interest for 2020. The company also owes the county $18,443. Combined the company is $42,268 behind in city and county business tax payments for 2020, according to the lawsuit.

In the lawsuit, the city states that it has provided notice to Louis Vuitton about its tax obligations and demanded payment, but the company has failed to file reports or pay its bill. The lawsuit, obtained by National Review, does not indicate exactly why Louis Vuitton has refused to pay its taxes, and the company has not addressed questions from the media. But Portland media outlets have noted that the taxes in question are from 2020, the year Louis Vuitton and many other downtown businesses were badly damaged and looted during riots stemming from the in-custody killing of George Floyd more than 1,700 miles away in Minnesota.

A protest on May 29, 2020, turned into a riot, during which rioters broke into the high-end Pioneer Place mall and raided stores. Viral video of the riot showed a crowd of people, mostly wearing masks, ransacking the Louis Vuitton store and fleeing with luxury bags and other items.


The store’s manager estimated that the rioters caused over $500,000 in damage and stole more than $300,000 worth of items, according to a report in the Oregonian, which first reported on the lawsuit. In addition to ransacking Louis Vuitton, looters also targeted the Apple store, Capital One, H&M, and Starbucks in the mall, according to media reports. 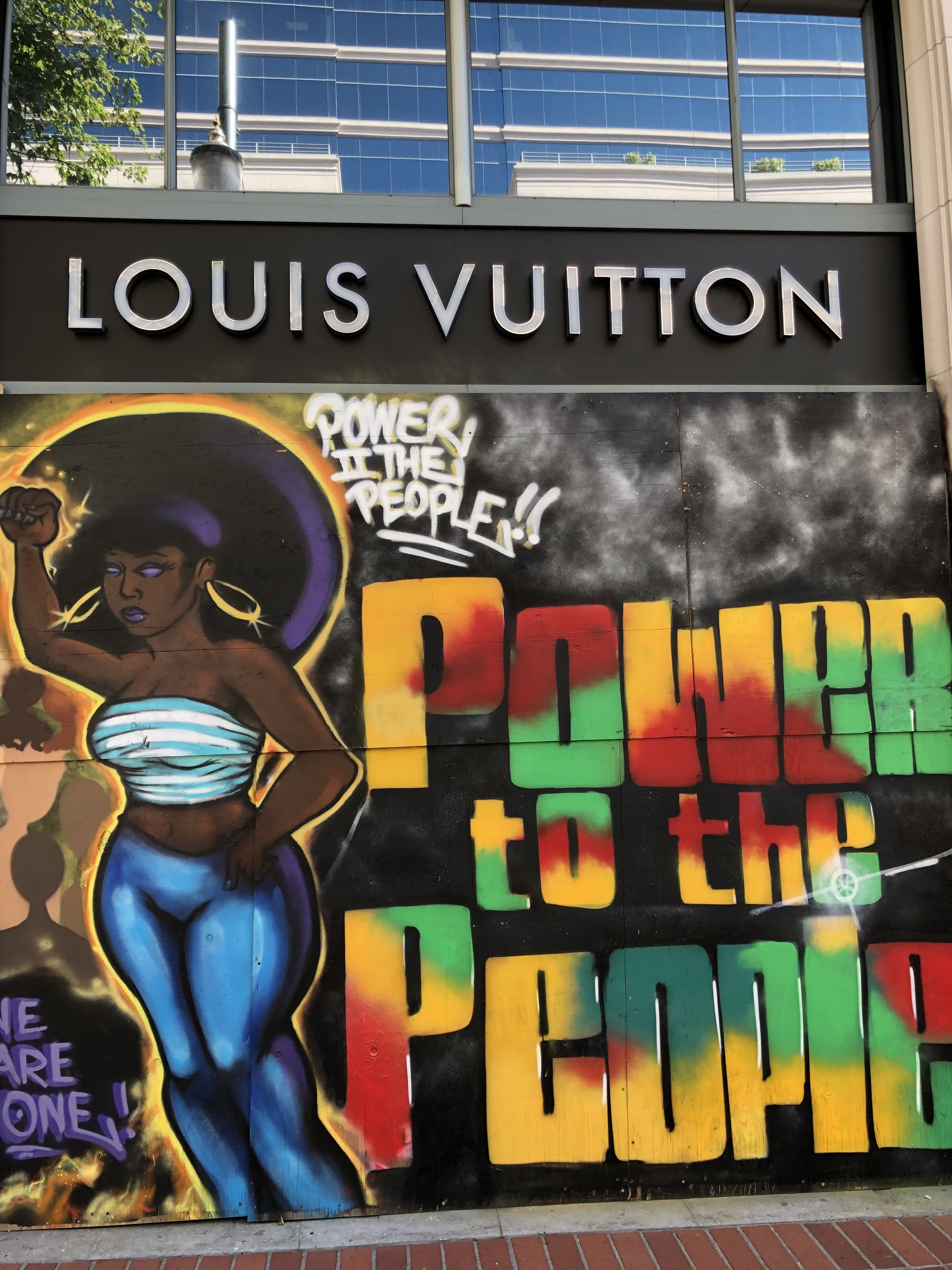 The Louis Vuitton store in Portland in the summer of 2021. (Jessica Hornik Evans)

Eric Fruits, vice president of research for the Cascade Policy Institute in Portland, told National Review that while local media connected the unpaid tax bills to the 2020 looting, it’s not clear that is why Louis Vuitton is stiffing the city and county. He said the company could be contesting its bill for a variety of reasons, including in connection with a new 1 percent tax on large retailers, part of the city’s Portland Clean Energy Fund. “They might be contesting whether or not they are obligated to pay that tax,” Fruits said. “There’s a lot of uncertainty about who actually has to pay it.” He also noted that the city recently approved a program to provide grants of up to $10,000 to local small businesses that have sustained physical damage – broken windows or doors, graffiti, or sign damage – since the beginning of the Covid-19 pandemic in March 2020. In the year after the riots began, the city paid more than $720,000 to at least 135 businesses through a fund created to assist with repairs amid the coronavirus pandemic the unrest.
“What a messed up world we live in where a business pays their business income tax, a big chunk of that is supposedly for public safety, and then they have to pay taxes again to support a fund to cover the damages because there’s no public safety,” Fruits said. Fruits said that if Louis Vuitton is contesting its tax bill because of the lack of security provided during the riots, it would likely be a difficult case to win in court. “But it’s a case I would love to see in the public forum,” he said. “I think it’s really something that needs to be brought out.”

In the year after Floyd’s killing, the Portland Police Bureau spent more than $12 million in taxpayer money responding to mass demonstrations and violent riots in the city. More than half of that, or $6.9 million, was incurred during the first month of mass gatherings and riots. Portland police declared at least 35 riots in the city that year. The protests included self-identified socialists, anarchists, and Antifa members, as well as trans activists, angry moms, and disaffected young people struggling with mental illness.
Last edited: Sep 7, 2022
I

So the headlining is misleading, there is no knowledge the taxes aren't being paid in response to the store being looted.

What's the point of the article then? And why read articles from a source that produces speculative material like this?
Reactions: GES4 and cigaretteman

ichawkeye said:
So the headlining is misleading, there is no knowledge the taxes aren't being paid in response to the store being looted.

What's the point of the article then? And why read articles from a source that produces speculative material like this?
Click to expand...

There is some sort of issue afoot here. The National Review summarized the views of Cascade Policy Institute in Portland which seem plausible. They clearly had their own perspective.

Personally, I am wondering if there are major issues between a furious corporate management back in France and the city of Portland on tax breaks for rebuilding, relocation or continuing to do any business whatsoever in Portland since they probably have another store or two in the town/state.

I suspect those issue are cultural and if true, find it interesting that French business values are more robust than those of this little woken town in the Western backwoods of the world's most developed free enterprise society.
Last edited: Sep 7, 2022
You must log in or register to reply here.