The Houston Texans are in talks with assistant coach Lovie Smith for their head coaching vacancy, a person familiar with the meetings told The Associated Press.
The person spoke to the AP on the condition of anonymity because the team had not announced that Smith had interviewed for the job.


​
The 63-year-old Smith is currently the Texans’ associate head coach and defensive coordinator. He joined the team last offseason after spending 2016-20 as the head coach at Illinois.

The Texans fired David Culley, who is Black, after just one season as their coach. Smith, who is also Black, coached the Chicago Bears for nine seasons and the Tampa Bay Buccaneers for two seasons ending in 2015.

The Texans have interviewed multiple candidates over the last few weeks, including Brian Flores, Hines Ward, Josh McCown and Joe Lombardi. Flores, who is Black, was fired by the Dolphins despite posting winning records in the final two of his three seasons in Miami.

[Most read in Sports] What’s most encouraging about GM Ryan Poles and coach Matt Eberflus — and their union? 4 questions about the new Chicago Bears leadership. »
Flores sued the NFL, the Dolphins and two other teams last week over alleged racist hiring practices for coaches and general managers.

The Texans had been criticized by some in the media this week for even considering McCown for the position because the 42-year-old former NFL quarterback has never coached at any level aside from volunteer coaching on his son’s high school team. McCown spent part of the 2020 season on Houston’s practice squad before retiring following a 17-year career.

The Texans went 4-13 last season in a year when star quarterback Deshaun Watson did not play after a trade request and amid 22 lawsuits alleging sexual harassment or assault.

Smith was 144-81 with the Bears, leading them to the Super Bowl in the 2006 season, where they lost to the Indianapolis Colts. He struggled in his stint with the Bucs, going 2-14 in his first season and 6-10 the following year before being let go.

Smith was 17-39 at Illinois before being fired with one game left in his fifth season. The Texas native began his coaching career in 1980 as the defensive coordinator for his high school alma mater in tiny Big Sandy, Texas, before moving on to college coaching in 1983.

His first NFL job came in 1996 when he was hired to coach linebackers for the Buccaneers. 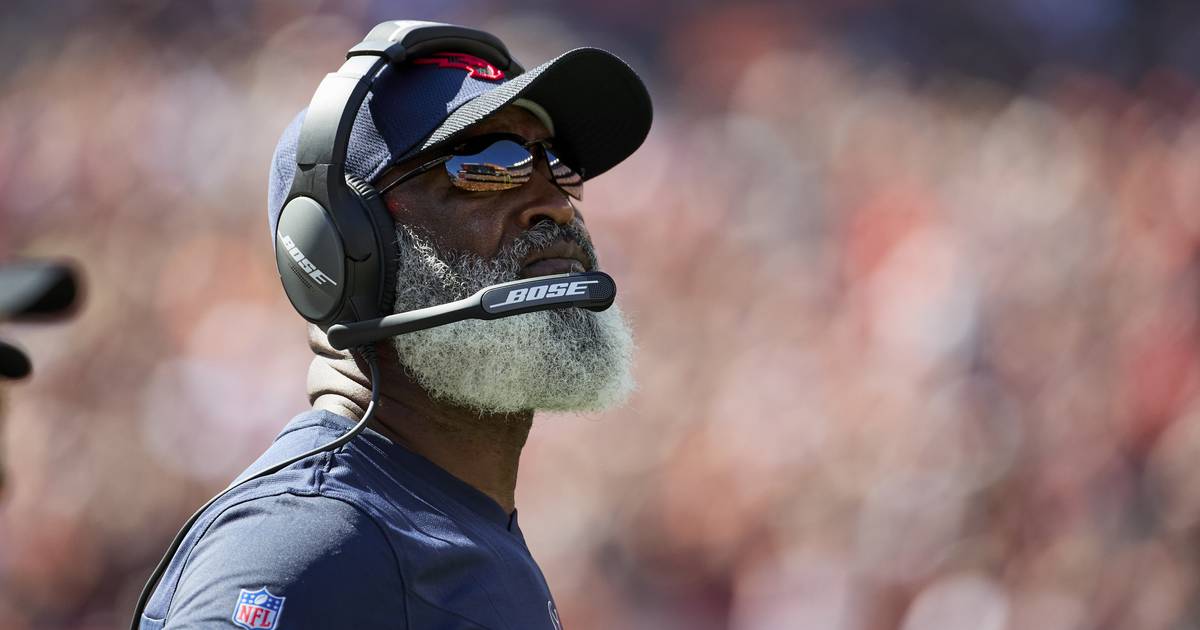 Lovie Smith is the second minority candidate to be hired as a head coach this offseason. The Houston Texans hired Smith on Monday.

Gotta hand it to that franchise- they are dedicated to sucking
Reactions: darylhawk

Lovie is a good guy but as a head coach he's just a re-tread.

That said the Texans are a mess, so all of the best candidates probably don't want that job.
Reactions: lucas80 and cigaretteman
F

Easterby wanted Josh McCown. Easterby and the owner are trying to create a weird evangelist culture football team. Lucky the pushback was so great that the GM (Nick Caserio) was able to convince the owner that McCown would be a terrible idea. It's a mess over there on Kirby.
Reactions: lucas80 and cigaretteman
S

Not sure if there’s a more clueless franchise out there currently than Houston. Just a couple years ago they seemed like a team on the rise. Now? 🤦‍♂️
Reactions: cigaretteman and lucas80
F

sober_teacher said:
Not sure if there’s a more clueless franchise out there currently than Houston. Just a couple years ago they seemed like a team on the rise. Now? 🤦‍♂️
Click to expand...

I don't think there is and it's all self-induced collapse. O'Brien pulled a power move and got two GMs fired (Rick Smith and Brian Gaine). I was not Rick Smith fan, but he has some good drafts. Then the owner allowed O'Brien to be the GM and he was horrid. Now we have some pastor (Jack Easterby) that grifted his way into a $3 million per year job advising the owner on which players fit the culture. On top of that we have a top-end QB that made $10 million last year sitting on the bench and is slated to make $30+ this year sitting on the bench if they don't trade him. Just a complete cluster...
Reactions: cigaretteman

Fijimn said:
Easterby wanted Josh McCown. Easterby and the owner are trying to create a weird evangelist culture football team. Lucky the pushback was so great that the GM (Nick Caserio) was able to convince the owner that McCown would be a terrible idea. It's a mess over there on Kirby.
Click to expand...

The question begs to be asked, who thought a journeyman QB, who I don't even think has retired,
with no coaching experience would make a great HC?
As said, Smith is a retread, but that shouldn't be an issue. Lots of white head coaches with less success than Lovie Smith have gotten second jobs. He will manage the things under his control, and put a decent product on the field. The management and ownership is the bigger problem. Oh, and their franchise QB likes to sexually assault women. Good luck, Lovie.
Reactions: hawkdave007 and cigaretteman

As Nancy Kerrigan once exclaimed after being lightly tapped on her knee by an incompetent "hit man," "Why? Why? Why?"
L

At the age of 63, Lovie Smith is in the twilight of his
coaching career. His 9 years with the Chicago Bears
produced a 144-81 record with a Super Bowl appearance
in 2006. Since leaving the Bears his combined pro and
college record is 25-63. Lovie is looking for one more
gig because he loves football. The Texan job is his.
Reactions: cigaretteman

So any guesses as to what kind of dirt the NFL has on the team?

You absolutely knew they were going to force somebody to hire a black head coach… But what I did not know was which team they had leverage over.
You must log in or register to reply here.