For doing the only responsible thing:

Five Norris school board members are facing a recall effort after the board voted to require masks for students from pre-kindergarten to sixth grade.
Conan Thomas, of Hickman, filed for recall petitions last week against Rhonda Burbach, Patty Bentzinger, Jim Craig, Jim Devine and Gary Kubicek, calling the district's mask mandate "unwarranted" and "in violation of (parents') freedoms."
The Norris board approved the new policy in a 4-1 vote at an emergency meeting Aug. 6, a day after the Lincoln-Lancaster County Health Department issued new guidance that said schools "shall require" students ages 2-12 to wear masks indoors.
Craig Gana, the lone member not targeted in the recall effort, was the only one to oppose requiring masks. Kubicek was not present at the meeting.

That decision drew many to the board's next meeting Aug. 11, where speakers criticized the mandate. The board, however, did not take up the policy and made no motions to reverse it.

Thomas argues that residents of the Norris school district, the campus of which lies about 12 miles south of Lincoln, do not vote for the mayor of Lincoln, who appoints the director of the county-city Health Department.
"We have no representation and thus should not be governed by their recommendations," he wrote to board members in his request for petitions filed with the Lancaster County Election Commissioner's Office on Aug. 9. "Your views do not align with the parents of the students that actually attend Norris."


Thomas, who has a first grader, urged board members to resign in an effort to save taxpayer dollars.

Bentzinger, the board's president, said in a statement that the district has had to make difficult decisions throughout the pandemic -- a responsibility it doesn't take lightly -- and accepts that differing opinions exist.
"Our board and administration have received feedback on all sides of the topic. While we are disappointed to learn that an individual in the community has filed a request for a recall petition, it is an option afforded to them," she said.

"The Norris Board of Education has many long-standing members who have served with a sincere dedication to students. This is an excellent community which is defined by more than this one topic."


She added that ignoring the guidance from the Health Department "could have brought legal liability, jeopardized school stability and potentially put vulnerable students ineligible for vaccination at risk."
The five board members will have until the end of the month to respond to the petition and add a defense statement, said Lancaster County Election Commissioner Dave Shively.
At that point, signatures can be gathered. The amount needed varies per school board ward, Shively said.
If there are a sufficient amount of signatures, board members can either opt to resign or call an election, Shively said.

He said the county doesn't see many recall elections. Last year, a recall effort targeting Mayor Leirion Gaylor Baird and members of the Lincoln City Council over the mask mandate fell short of the needed signatures.

School boards of late have become lightning rods for criticism over the masking question, among other issues.
In Saunders County, a recall petition is circulating against Wahoo school board president Rob Brigham after the board declined to address the first draft of the Nebraska Department of Education's proposed health education standards.

Norris joins nearly all public school systems in Lancaster County in mandating masks for students in grades K-6, who are not yet eligible to receive a vaccine.
Malcolm appears to be the lone holdout, opting to make masks optional for that age group.
Officials there said the Health Department's mask guidance -- which Director Pat Lopez has characterized as a requirement -- does not constitute a directed health measure, which the county used last year to mandate masks and set gathering limitations.
Malcolm officials said they would reevaluate their policy if a DHM was issued.

Asked if it planned to enforce its mask requirement at Malcolm, a Health Department spokesperson said it is currently consulting with legal counsel on the matter.

The debate over masks comes as COVID-19 cases continue to surge in Lancaster County, driven by the more virulent delta variant. On Monday, the Health Department's COVID risk dial moved into the orange range, indicating that spread in the community is high. 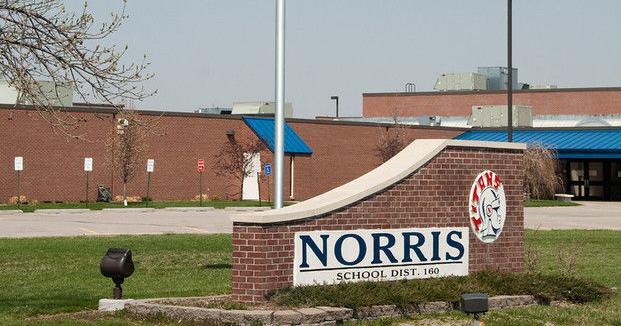 The Norris board approved a mask requirement for students from pre-kindergarten to sixth grade in a 4-1 vote at an emergency meeting Aug. 6.

This recall thing is stupid. This whole mask bullshit is stupid. Humans are not going to survive this level of stupid.
Reactions: cigaretteman

Do any of these dipshites realize that school board members are volunteering their time? Recall them all you want, you will be saving them time and hours that will never be appreciated.
Reactions: ericram and cigaretteman

Some people aren't qualified to volunteer...
You must log in or register to reply here.

Ban on COVID-19 vaccine requirement for students signed into law