A 22-month-old boy was pronounced dead at the scene. The cause of death was determined to be acute drug intoxication as the child had somehow ingested fentanyl.


Drug tests were done on the deceased child and the boy’s 2-year-old brother. Both tested positive for cocaine, methamphetamine and THC.


A warrant was issued Friday for Akright’s, arrest and he was taken into custody.
During a first-appearance hearing Saturday morning in Scott County District Court, Magistrate Christine Frederick schedule a preliminary hearing in the case for Sept. 20.
Frederick also ordered Akright to be held in the Scott County Jail without bond.


Akright was caught in August of 2021 selling drugs out of his home, two months before the overdose death of his son.
Akright was arrested on the drug charges on Aug. 7, 2021, after Davenport Police were sent to the man's home at 1334 W. 13th St., at 2:22 a.m. to investigate a 2-year-old boy walking by himself in the alley.

According to the arrest affidavit filed by Davenport Police Officer Cory Hughes, officers noticed the back door of the residence was open. Officers tried to make contact with the residents in the home, but no one responded. Officers did a safety clear for any residents inside the house. As officers checked the living room area they noticed a large amount of cash, a pistol and drugs in plain view.


Offices made contact with Akright on the second floor of the home and asked for permission to search the residence.
Akright gave officers written consent and officers seized 789.85 grams of marijuana in nine packages, 1 pound of marijuana wax packaged in several jars, 74.7 grams of psilocybin, or mushrooms, 2.4 grams of cocaine, packaging materials with drug residue, four cell phones, $2,110 in cash, and two digital scales with drug residue.
During a post-Miranda interview Akright admitted to police the drugs and cash were his and that he sold drugs to various friends.

During a search of one of the cell phones seized there was a message found stating that Akright was in the process of obtaining 30mg “percs,” or Percocet pills. According to Detective Johnson’s affidavit, these pills are known to be mixed or “cut” with fentanyl.

Akright pleaded guilty Dec. 20, 2021, to a charge of possession with the intent to deliver psilocybin. The charge is a Class C felony for which he could have received a prison sentence of 10 years.

During a sentencing hearing held March 24 in district court, District Court Judge Tom Reidel sentenced Akright to two years on supervised probation.
According to Scott County District Court and Iowa Department of Corrections electronic records, Akright is on probation until March 4, 2024.
Officials with the Iowa Department of Corrections could move to revoke Akright’s probation and have him re-sentenced on the drug conviction. 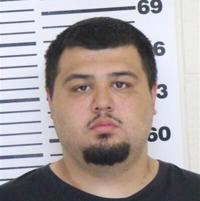 A Davenport man on probation for selling drugs out of his home is facing charges in connection with the overdose death of his 22-month-old son.

Never let your kids get high on your own supply.

I can’t believe this happened in Dirty D! Very sad.
You must log in or register to reply here.

Leading Cause Of Death For Cops For 3rd Year: Drumroll please....

Off Topic 3 minutes ago
Joes Place