A new TV show with streaming service hopes began filming their pilot episode on Monday in Clear Lake.
The show is named "Strong Tower" and is about a recently widowed woman who moves back to her hometown in the Midwest with her two teenage sons to open a brewhouse.


A picture of the Strong Tower Brewhouse, the fictional brewhouse used for the filming of "Strong Tower."
Zachary Dupont Globe Gazette
"Strong Tower" is no small-budget production, with cast and crew being flown in from all over the United States for the filming of the pilot. However, residents of the Clear Lake and Mason City area will be used as extras throughout filming.


"Strong Tower" is being produced by the Renovo Media Group, a film and television production crew located in Clear Lake. This is Renovo’s first-ever production, and producer Cory Pyke said the goal is to tell stories focused around the Midwest.

Renovo Media is taking an unconventional approach to acquiring a distributor for "Strong Tower."
Currently, "Strong Tower" isn’t yet partnered with any streaming service for distribution, but they’re hoping that the pilot episode will bring interest. Once the show has a streaming service partner, Renovo will film the following seven to eight episodes.

Production team prepares to shoot another scene of "Strong Tower."
Zachary Dupont Globe Gazette
Renovo was created last year as an off-shoot of another Clear Lake establishment, Kingland Systems, a technology company. Todd Rognes, CEO of Kingland, said that Renovo is now its own entity run by Clear Lake locals with the goal of creating family-themed content for streaming services. "Strong Tower" is what Rognes and Kingland Systems hope to be the first of many productions for Renovo Media.
If "Strong Tower" is given the green light to produce the rest of its first season, Renovo hopes to film the remainder of the show in the Mason City and Clear Lake area.


The pilot is set to be filmed over the next week, with filming scheduled to be complete on Monday, May 24. 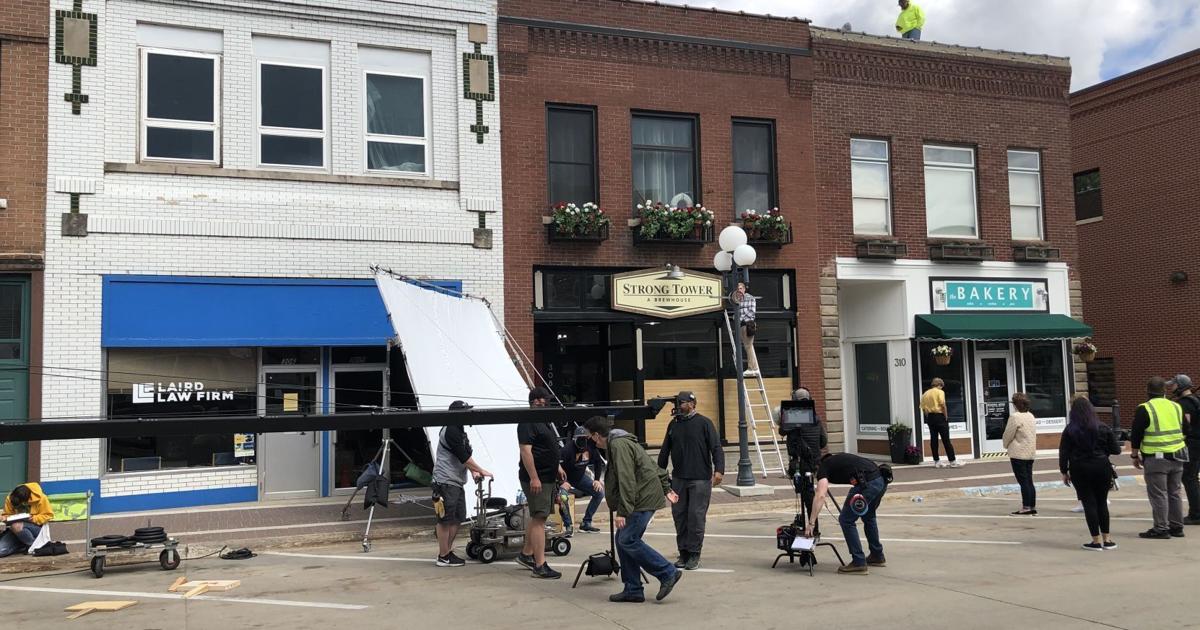 nonpareilonline.com
You must log in or register to reply here.