Mark Meadows, the former White House chief of staff who was deeply involved in efforts to keep former President Donald J. Trump in power after the 2020 election, was ordered on Wednesday to travel to Atlanta to testify in a criminal investigation into election meddling.
Mr. Meadows, 63, has been fighting to avoid appearing before a special grand jury that has been investigating election interference in Georgia by Mr. Trump and his allies. The inquiry is being led by Fani T. Willis, the district attorney of Fulton County, Ga.
Mr. Meadows’s lawyer, James Bannister, said he would appeal the decision. He is employing a legal strategy that has been used in Texas, the home of three witnesses who were summoned by Fulton County but have not appeared. After a legal challenge by one of the three witnesses, a majority of judges on Texas’ Court of Criminal Appeals expressed the view that the Georgia grand jury was not a proper criminal grand jury because it lacked indictment authority, and thus probably lacked standing to compel the appearance of witnesses from Texas.
The strategy could have implications for a number of out-of-state witnesses whose testimony is still being sought by the special grand jury, including Michael Flynn and Newt Gingrich, a native Georgian who now lives in Virginia — not to mention Mr. Trump, if his testimony is sought by Ms. Willis’s office. However, the district attorney could elect to conduct depositions of witnesses in their home states if their local courts refuse to produce them.
Advertisement
Continue reading the main story


Mr. Meadows, a South Carolina resident, did not appear at the hearing Wednesday morning. In court, Mr. Bannister tried to persuade Circuit Court Judge Edward W. Miller that the special grand jury in Georgia was not criminal in nature.
But the South Carolina judge noted that the judge in Fulton County, Robert C.I. McBurney, who is overseeing the Atlanta proceeding, had considered the question, and recently ruled that the special grand jury was indeed criminal in nature. 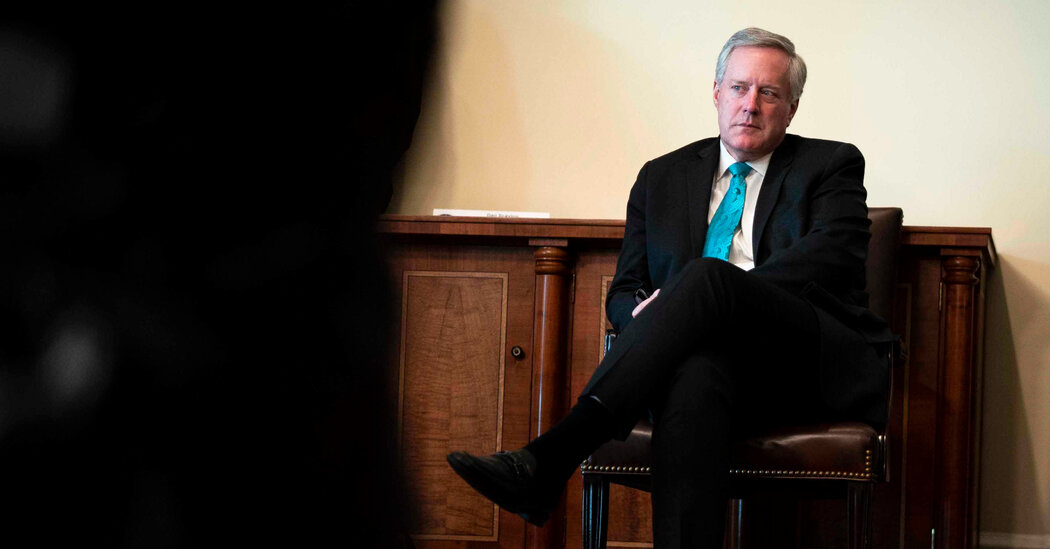 Mark Meadows, a former White House chief of staff, has been fighting to avoid testifying about efforts to keep former President Donald J. Trump in power after he lost the 2020 election.

The party big law and order, folks. Any legal trick they can use to avoid accountability.
Reactions: franklinman