A year after Mercy Iowa City announced plans to exit its four-year affiliation with the statewide MercyOne health network and integrate into a larger health care system, the community hospital is pulling the plug on its search for a new partner and sticking with MercyOne.


In an email sent to Mercy Iowa City employees Thursday morning, Acting President and CEO Mike Trachta acknowledged “significant changes that could not have been anticipated” over the past year, during which his hospital searched for a new partner.


“While we have received several proposals and vetted a number of potential partners, we have not identified a partner that is a good long-term fit for us,” Trachta wrote. “Therefore, we have made the decision to end our search for a strategic partner and remain an affiliate of MercyOne.”

While focusing internally on “improving performance, growing our staffing and services, improving facilities, and providing the necessary resources so we can deliver on our healing mission,” Mercy Iowa City has engaged consultant Insight Health Partners to assess its financial and strategic operations, Trachta said.


The assessment will take about 60 days and engage leaders, colleagues, and providers in meetings and evaluation activities to give feedback for the campus’ future.


“Insight Health Partners will be looking at areas of opportunity for improvement and highlighting our competitive advantages to help us define, strengthen, and grow as the only community hospital in this area,” Trachta wrote, noting the firm “understands us and our market dynamics because of their engagement with us several years ago.”


Any opportunities for financial performance improvement will be implemented as they’re identified, according to the email.


“As members of the Mercy Iowa City team, caring for our patients and community is so very important, yet the environment continues to be increasingly more challenging,” Trachta wrote. “In just the past year, we have seen significant changes that could not have been anticipated.”


Through the first nine months of the 2022 budget year that ended June 30, Mercy Iowa City was reporting a $15.6 million loss in operating income, according to publicly-available financial reports. Its net revenue was $147 million — $10.4 million under budget and down $11.3 million from the same period last year, when COVID’s shutdowns were fresh.


The financial records showed Mercy Iowa City had paid MercyOne $1.6 million through three quarters, indicating it pays about $2 million a year to the West Des Moines affiliate for its “management service fee.”


When Mercy Iowa City last year announced it had opted to align with a different and larger organization, MercyOne officials told The Gazette they reached the decision jointly with the Iowa City hospital in light of “the impact of their historical operating challenges, the impact of the pandemic and the changing health care dynamics in the market.”


“At this time, MercyOne simply cannot provide that level of integration because we are in the midst of more fully aligning our internal structure,” MercyOne officials said in a statement at the time.


Although MercyOne committed to remain managing partner of the Iowa City hospital during its search, Mercy Iowa City officials said they wanted a new partner that could offer broader access to infrastructure, better purchasing power, and greater clinical and operational support.


“We are an independent hospital and given the market dynamics as well as challenges from the health care industry, we need to integrate much more closely with a larger health system so we can achieve economies of scale aligning with our long-term goals,” Mercy Iowa City spokesman Aaron Scheinblum said in a statement on June 30, 2021.


At that time, officials said the collaboration would strengthen the Iowa City hospital’s “financial performance even more by providing access to critical benefits such as payer contracting, group purchasing and economies of scale, access to systems that already exist within the network and strategic growth opportunities.”


Officials in the memo Thursday did not offer details of the partnership proposals they received and why they didn’t pan out. 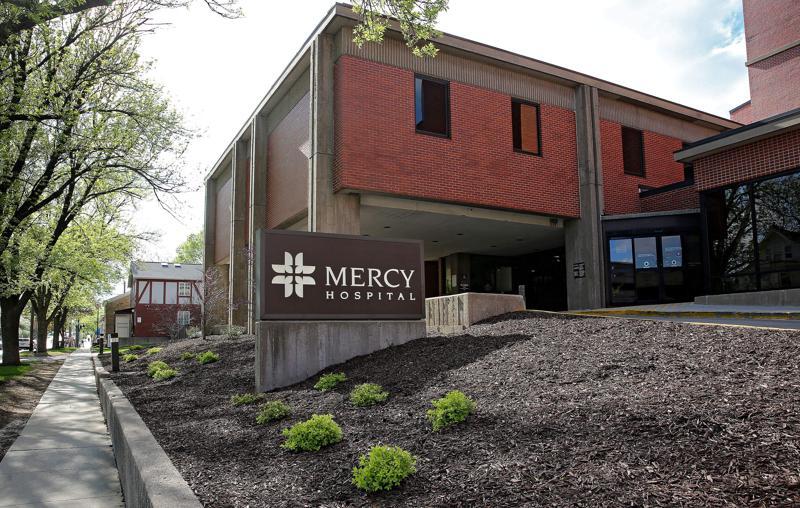 A year after Mercy Iowa City announced plans to exit its four-year affiliation with the statewide MercyOne health network and integrate into a larger health care system, the community hospital is pulling the plug on its search for a new partner and sticking with MercyOne.