MidAmerican Energy has assumed the rights to a 1,000-acre Johnson County solar energy project, although the utility hasn’t made a final determination on whether to move forward with it.


The Johnson County Solar Triangle Project would likely have a 150-megawatt capacity at peak output — more than all of MidAmerican’s existing solar projects combined. The proposed site is located west of Highway 218 between Iowa City and Hills, MidAmerican spokesperson Geoff Greenwood said.


Last month, MidAmerican reached an agreement with the developer, Megawatt Photovoltaic Development Inc., to assume property rights and leases for the Solar Triangle Project. The companies will continue working together during any potential development of the project.

Most of the land rights needed for the solar project have already been secured through voluntary agreements with local landowners. The company acquires land for projects like this through traditional land purchases as well as easements — not through eminent domain, Greenwood said.


Movement on the project comes as the Linn County Board of Supervisors this year approved utility-scale solar projects near Coggon and Palo, which drew strong opposition and ongoing lawsuits, and after Johnson County updated its local ordinance governing such large solar projects.


Greenwood estimated that MidAmerican is at least three years away from the start of construction, if the project moves forward. The company still is completing studies on how to best connect the project to the regional power grid and its operator, Midcontinent Independent System Operator, along with other developmental tasks like site and environmental evaluations.


The potential project would add to MidAmerican’s $3.9 billion renewable energy project Wind PRIME announced in January, which boasts 2,042 megawatts of wind generation and 50 megawatts of solar generation in Iowa.


The utility currently operates six solar sites in Iowa that sport a combined generating capacity of 141 megawatts at peak output, including a 3-megawatt solar array in Hills.


Sign up for the once-a-week Environment & Outdoor Newsletter written by your local environmental journalists Erin Jordan and Brittney J. Miller.

Delivered to your inbox every Thursday


The Johnson County Board of Supervisors hasn’t taken any action yet regarding the Solar Triangle Project, said Supervisor Jon Green, who is up for re-election. But he said he sees the project as an opportunity for more jobs and cleaner energy in the area.


“(Supervisors) do hear a lot that we need to be addressing climate change, and one of the biggest ways that we need to do that is ensuring that we're generating as much electricity via renewable sources as possible,” he said.


Green said the supervisors haven’t received much pushback on the potential project thus far, although he anticipates some opposition if the project moves forward. Until then, the county is awaiting progress from MidAmerican and Megawatt to see what next steps may look like.


“The ball is in Megawatt’s court,” Green said.


Johnson County had a “fairly solid ordinance” for solar projects in the area, but as proposed developments kept growing in size, officials decided to make some adjustments, said Josh Busard, director of the county’s planning, development and sustainability department.


“We felt the need to amend our ordinance for the third time, essentially, in three years,” he said.


The latest amendments to the Johnson County solar ordinance, which became effective May 19, included:

Many regulations have stayed the same through the revision process, including those regarding road repairs, landscape buffering, noise and decommissioning. 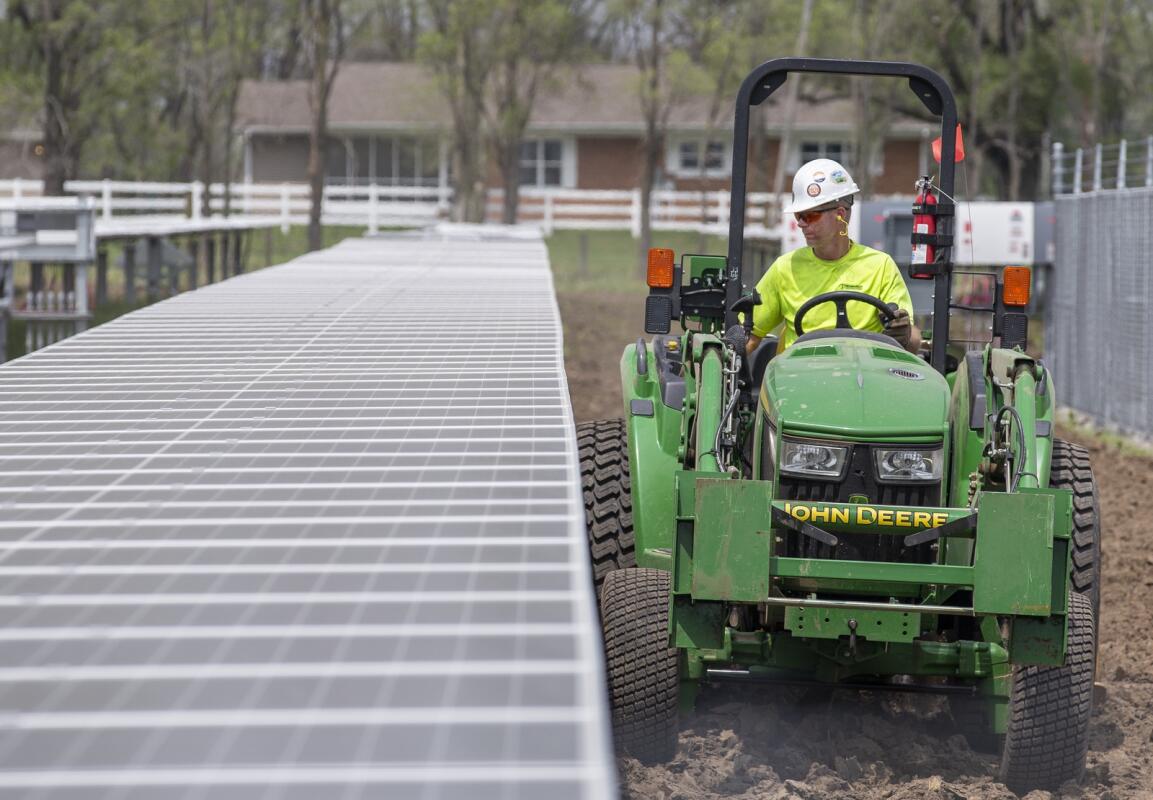 The utility hasn’t decided if it will move forward with the project. Meanwhile, Johnson County has amended its ordinances regarding utility-scale solar.

Go for it. I assume the biggest blowback will come from the state level.
Reactions: cigaretteman

Solar is the leading cause of skin cancers worldwide...
Reactions: cigaretteman

Great idea! Keeps your vehicle cooler in the summer as a side benefit!
Reactions: lucas80

cigaretteman said:
Great idea! Keeps your vehicle cooler in the summer as a side benefit!
Click to expand...

AND charges it!!!! 😉
Reactions: cigaretteman

Brilliant, it should be replicated here. One of our offices in the Southwest has the employees car lot covered by solar panels. It saves us money and everyone loves getting to park in the shade.
Reactions: cigaretteman

While I don't agree with forcing people to do this, this is better than using farmland for it. I've seen it on school parking lots and playgrounds in the Phoenix area.
You must log in or register to reply here.