As a trans student at Linn-Mar, I have noticed a few disturbing yet common trends in the discussion around the new board policy about trans students. First is the fact that while in the conversation is clearly about us, it isn't necessarily with us, and certainly isn't for our civil rights or our safety.

The strongest evidence for this is Gov. Kim Reynolds’ private, unannounced meeting in Marion. The meeting may have officially been about school choice, and while it's impossible to know for sure what was said during that meeting, l think we all know that it was really about trans kids and the board policy. And if it was, why were none of us invited? Also, if the meeting included one member of the board, why was it specifically one of the two who voted against the policy and not the whole school board. The answer is because it's not a conversation that's meant to include us.

While some parents have complained they're being cut out, they aren't. They had just as much chance as anyone to speak to the school board, and at least some of them got the chance to speak to our governor. Trans kids and our allies did not get to share their views and concerns with Gov. Reynolds.

This protest and other complaints seem to center on three main points.

First is parental rights. But what parental rights? Parents still have a right to look at any documents in their child's educational records. If a student chooses to create a gender support plan with their counselor, it will be shared with parents if the student gives their consent. Conversations between a student and teacher or counselor pertaining to a student’s gender identity or if they are questioning their identity, are shared in confidence, just like any other conversations, and will not be discussed with parents without student permission. This is for the protection of students who do not have supportive parents. This is not to keep secrets from parents or to take away their rights. The school district has no responsibility nor any right to “out” kids to their parents. And if you believe they do, you are part of the reason this policy is important.

For parents who are concerned that your child may hide their identity from you, teach them they will always be respected, loved, and supported no matter who they are, even if they are trans. If they feel that level of comfort and support from you, then they will talk to you when they are ready. If you make them fear you, feel unsafe, or try to force something out of them when they are not ready to share, then when your child doesn't talk to you, it will be the consequences of your own actions. If your beliefs go against who your child is and who they identify as, then I applaud Linn-Mar for having a plan in place for these students to be supported, at least at school.

Second, for parents who are concerned about their religious rights, remember that this is a public school. Certainly students, staff, and parents are allowed to have their own religious views and express those appropriately. However, they do not and should not influence school policy. If religion is your concern, send your kids to Xavier. But if you don't want to do that, then you have to accept that this is not a theocracy, and your religious beliefs cannot be used to force other people to behave like you. Your beliefs also do not override federal and state civil right laws.

The third point is that some feel opposing this policy is "protecting women." What goes unspoken is that concern is only for the "right women," in this case, cis women. Multiple studies, including a 2018 study from the Williams Institute at UCLA, found allowing trans people to use bathrooms corresponding to their gender identity did not decrease safety for cis people. A 2017 study by the Human Rights Campaign and the University of Connecticut found that 26 percent of trans students experienced sexual assault in the prior 12 months, but that increased to 36 percent when denied facilities matching their gender identity.


When people discuss trans women in women's bathrooms, specifically among those who believe it poses a danger, most people seem to believe either being trans isn't a real thing and we're just delusional or are predators ourselves, or that trans people do exist but giving us access to women's spaces somehow enables predatory men. Neither of these things are true, but both groups blame trans women for a fake danger we are not causing, putting us in real danger. This reminds me a lot of a saying I've heard before. "When you're used to privilege, equality can feel like discrimination." Cis women are not used to sharing their spaces with trans women, and doing something new like that can feel scary, which I do understand to a point. But that does not mean your safety should be prioritized over that of trans people. Just because you no longer have the privilege of having your safety being prioritized at the expense of others does not mean you are facing discrimination and being put in danger. If you truly cared about women's safety, you would try harder to protect mine.

Clair Ammons (she/her) is a member of Spectrum, Linn-Mar’s gay-straight alliance, and a senior who recently graduated. She was a National Merit Scholarship finalist. 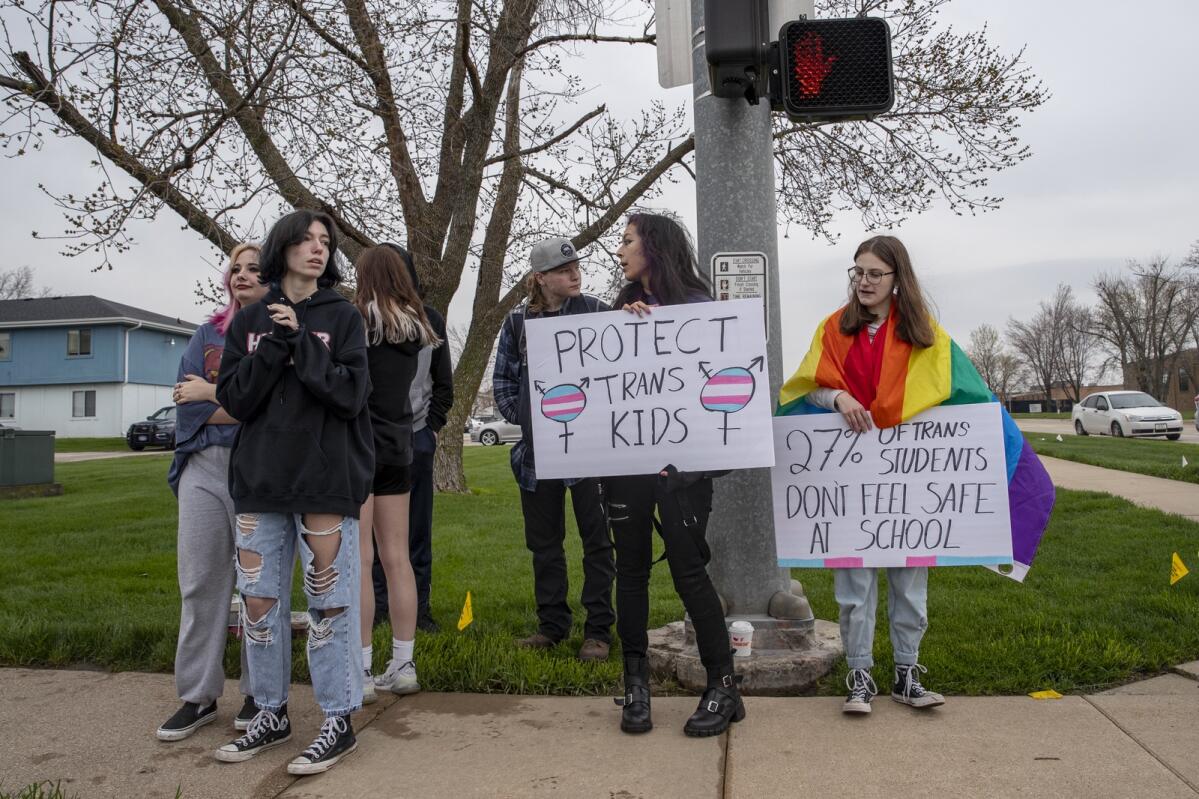 Dorman: They're quite aware of what they’re going through

Off Topic Wednesday at 1:23 PM
cigaretteman