My thoughts after a remarkable BTT

No worries. I didn't realize it until saw Purdue play numerous times this year. It's a natural reaction. Edey is very dominant in the minutes he's able to play.
D

DavidGraeberBullSheetJobs said:
Nah, I don't have it out for anyone personally, but I do not respect corruption or nepotism or even favoritism. I respect family and transparency and accountability, and I respect the University and the community.

Fran was accused of favoritism regarding his sons, but they've proven that they've MORE than earned their minutes. It takes a lot to keep experimenting, giving players room to grow, having faith. Keep shooting!

"Dogs bark, but the caravan rolls on!"

Even the CBS announcers after the game said Connor's and-one when he took on (Williams?) by himself and created something out of absolutely nothing, ending a big Purdue run, was the play of the friggin game. Colossal.

What Fran and his family and his players have proven is that they are willing to weather the criticism and do the work and not be rigid in their vision, to experiment, play their (changing) roles, trust one another, empower, and aim higher than even the fans imagined. Nothing short of awesome.
Click to expand...

Fran has the team playing at a level that is very dangerous for the opponent. Every guy he puts in is not afraid to make a mistake. But that doesn't mean they are playing undisciplined. They are playing hard and unselfishly. And also "loose" in the sense that they have the freedom to take a good shot for them, and not really worry about the results. Fran will have their back. Now, what is a good shot for Keegan Murray is different than a good shot for Toussaint. And those players understand and get the difference.

Connor's play is prime example. Shot clock winding down. Due to a switch, he has the ball being defended by Williams. It's more likely that he is able to get a decent look at the basket against Williams than trying to find another guy and hope they get a good shot in even less time. So he drives, is impeded, comes to controlled stop, fakes, bumps, gets Williams in the air and reacts. Shot goes in as an added bonus, but at the least he had earned free throws and stopped the Purdue run. Huge, huge play.

Playing how Iowa played for the past 5-6 weeks is not easy to do. It's awesome to see. If they can play like that, someone is going to have to play really well to beat them.
Reactions: AlvySinger, 23 so far, HawknBadgerLand and 1 other person

DewHawk said:
IMO Ivey tends to take over games at times and everybody else for Purdue tends to watch. I think that is one of the things that makes Keegan M so special. He hardly ever forces the game and is very team oriented.
Click to expand...

I think the injury to Ivey played a part in his inability to do this yesterday. Also, Iowa kept a defender on him instead of double teaming down low to prevent him from getting open looks. It was a great adjustment by Fran and excellent execution by the players. It's tough to beat a team 3 times.
Reactions: AlvySinger

And I forgot to mention that I really loved josh’s airball from the elbow, Because it was open and he felt like he could make it, and more importantly, he felt like the coaches believed in him and gave him permission to take the opportunity.

Next time he won’t be so nervous.
Reactions: AlvySinger

Ronman said:
Speaking of Connor, I thought his And One was actually the nail in the Boilermakers coffin, pushing the lead from 63-62 to 66-62. His stats don't look impressive for this game, but it shows once again how much he affects the outcome of our games.
Click to expand...

Exactly. And I believe that it ended the quick 7-0 run and momentum. If Purdue gets a stop there and goes up on the Hawks, might have been hard to overcome.
Reactions: AlvySinger

NCHawkeye24 said:
I think you are confusing Edey and Ivey.
Click to expand... 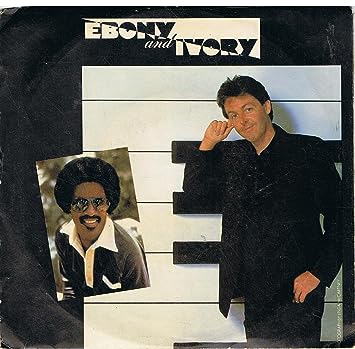 Reactions: AlvySinger
You must log in or register to reply here.

Why Keegan Murray is the Perfect Fit for the Kings