The New York attorney general’s office has rebuffed an offer from Donald J. Trump’s lawyers to settle a contentious civil investigation into the former president and his family real estate business, setting the stage for a lawsuit that would accuse Mr. Trump of fraud, according to three people with knowledge of the matter.
The attorney general, Letitia James, is also considering suing at least one of Mr. Trump’s adult children, the people said. Ivanka, Eric and Donald Trump Jr., have all been senior executives at Mr. Trump’s company, the Trump Organization.
The likelihood of a lawsuit grew this month after Ms. James’s office rejected at least one settlement offer from Mr. Trump’s lawyers, the people said. While the Trump Organization for months has made overtures to the attorney general’s office — and the two sides could still reach a deal — there is no indication that a settlement will materialize anytime soon.

Ms. James, a Democrat who is running for re-election in November, is focused on whether Mr. Trump fraudulently inflated the value of his assets and has mounted a three-and-a-half-year inquiry that has cemented her as one of the former president’s chief antagonists. Mr. Trump, who has denied all wrongdoing and derided the investigation as a politically motivated witch hunt, has fired back at her, filing an unsuccessful lawsuit to block her inquiry and calling Ms. James, who is Black, a racist.
Advertisement
Continue reading the main story


A lawsuit from Ms. James would supercharge their drawn-out battle, offering her an opportunity to deliver a significant blow to the former president and his business, which she vowed before taking office to “vigorously investigate.” If the case goes to trial and Mr. Trump loses, a judge could impose financial penalties and restrict the former president’s business operations in New York — all potentially in the midst of a 2024 presidential campaign that he is expected to join.
Yet while many politicians might shrink from a government lawsuit, Mr. Trump has a long track record of leveraging law enforcement scrutiny to energize his base while portraying himself as a political martyr. And Ms. James is not assured victory if the lawsuit proceeds to trial; if it does, Mr. Trump might deploy his favored legal tactics — delay and litigate every last detail of a case — to stall in the coming months or years.
Ms. James is hardly the only one investigating Mr. Trump, whose final weeks in office are under the microscope in at least three separate criminal investigations. The F.B.I. last month searched his home and club in Florida as part of a federal investigation into his removal of sensitive material from the White House; federal authorities recently seized the phones of two of his close advisers and sent subpoenas to dozens of his aides in an inquiry into Mr. Trump’s efforts to reverse his election loss; and a Georgia district attorney has cast a sprawling net in an investigation into potential election interference by the former president and his allies.
Mr. Trump has denied all wrongdoing, and it is unclear whether any of these investigations will result in charges against the former president. His company, however, is already under indictment on an unrelated case.

The Trump Organization is set to go on trial next month for criminal tax charges in Manhattan, a case that could expose the company to steep financial penalties if it is convicted. And although Mr. Trump was not accused of wrongdoing in that case, in which the attorney general’s office is also participating, his longtime chief financial officer recently pleaded guilty to participating in the tax scheme and agreed to testify at the company’s trial, giving prosecutors in the Manhattan district attorney’s office the upper hand. 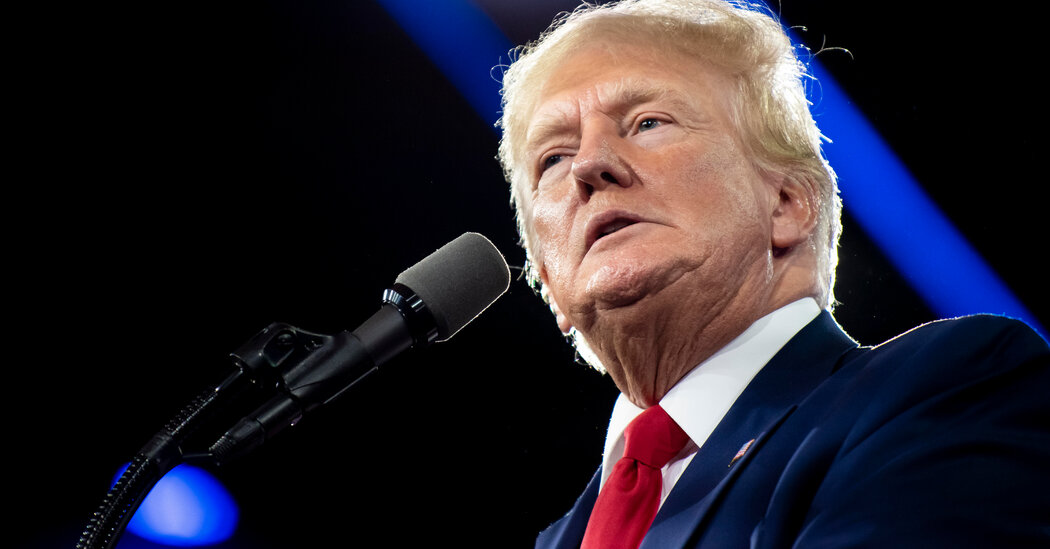 The attorney general, Letitia James, is also considering suing at least one of the former president’s adult children as part of her Trump Organization inquiry.