WINTERSET, Iowa (AP) — A suspect in a Nebraska double homicide was arrested after barricading himself inside an Iowa church alone on Sunday.


West Des Moines Police Sgt. Jason Heintz said 27-year-old Gage Walter of Omaha ultimately surrendered and was arrested after several hours of negotiating with authorities from inside the church in Winterset, Iowa.


Heintz said Walter fled when police tried to pull him over in West Des Moines Sunday morning and led officers on a chase for about 45 minutes before abandoning his vehicle and entering St. Paul Lutheran Church.

Walter is a suspect in the deaths of Marceline Teeters, 93, and Linda Walter, 70, whose bodies were found Saturday inside an Omaha home. Police called their deaths suspicious, but didn't release details of how they died. Investigators were searching for a car stolen from the home where the bodies were found.


Heintz said Walter faces charges of possession of a stolen vehicle and fleeing from police. He could also be charged with burglary for entering the church. 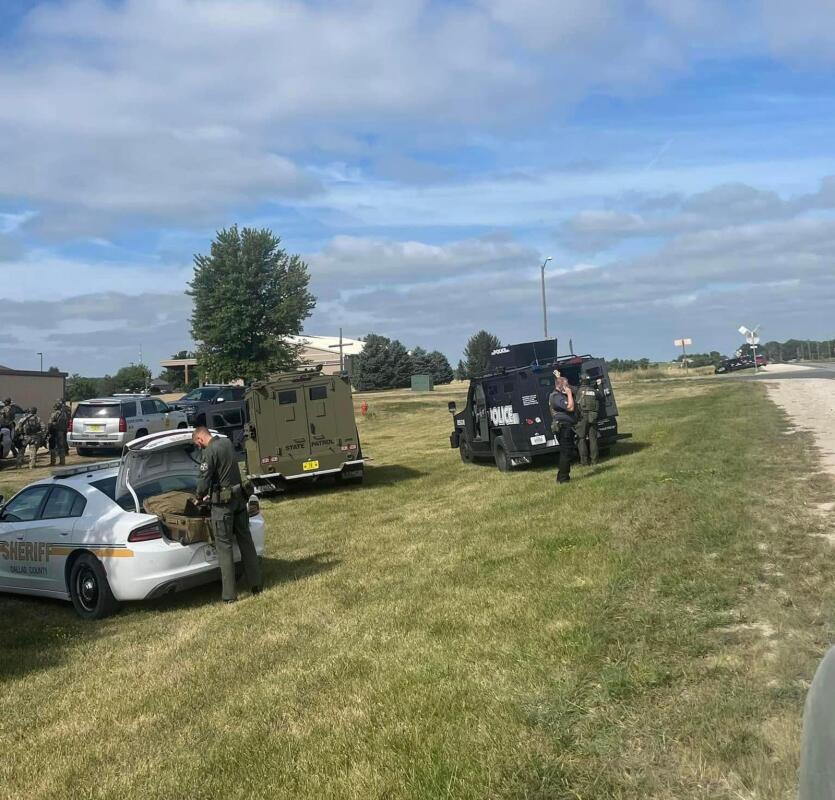 The man led officers on a chase for about 45 minutes before abandoning his vehicle and entering St. Paul Lutheran Church.

Why wasn't @Arbitr8 guarding the state line?
Reactions: cigaretteman
You must log in or register to reply here.

Off Topic Thursday at 7:55 PM
3boysmom