As Kody Wohlers walked the hill with Scott and Sandra Wendel, he pointed out a compass plant, a wild rose and little bluestem.
The vegetation was flourishing on the rich wind-swept land Scott Wendel used to ride every day on horseback as a boy. He once helped care for the 1,000 head of cattle on the family farm in Woodbury County, south of Sioux City, Iowa.
He never knew its significance. Untouched by a plow, that section of land is part of the only one-tenth of 1% of remnant prairie that remains in Iowa.
“It was a walk down memory lane, but also a look into the future,” Wendel said of that fall outing with Wohlers, the land stewardship director for the Iowa Natural Heritage Foundation.

Now retired and living in Waterloo, Nebraska, Wendel wasn’t sad about losing the property his family has farmed since 1912. He felt a sense of happiness and satisfaction about its next chapter.

“It means a lot to our family to give back,” he said. “The land has been good to us. It means we have the opportunity to leave a legacy to the local community, as well as the state.”


The Wendel family, back row from left, Sandra Wendel, son Jackson Wendel, daughter Alyson and her husband, Ben Fackler, and Scott Wendel. In front are grandchildren Mila and Max Fackler.
GARY WALTERS
His grandfather Vern started what Iowa designates as a “century’’ farm because it’s been in the family for more than 100 years. It once stretched across 2,000 acres before being broken up by inheritance.

It sits on the northern end and front range of the Loess Hills, which were formed as silt flowed across the Missouri River Valley flood plain, forming what Wohlers called almost a huge snow drift.

“The Loess Hills are globally significant,” he said. “There’s only two places in the world that have Loess soil over 150 feet deep. That’s here in the Loess Hills and in the Yellow River in China.”

The hills march along the river but, at the Wendel farm, they take a turn and go east-to-west before returning to their north-to-south route.
That and the high-quality prairie with its hundreds of plant species makes the property unique. It will join the just under 40,000 acres of Loess Hills land, 6% of its total, that is under permanent protection by various groups.


The foundation is trying to protect a checkerboard of habitat corridors for migrating birds and insects throughout the length of the Loess Hills. Seeds from the numerous plants will be used to start new prairies at other properties within the area.


“It’s an amazing property,” Wohlers said. “It sits right on the flood plain. When you are at the top of the ridge and you are looking over, you are standing in Iowa but you can see Nebraska and see South Dakota.”

Volunteer events and hikes will be held on what will be designated as the Wendel Prairie Preserve, but it won’t be open daily to the public.
The Wendels love that their name will still be attached to the property. They’re grateful to friend Glenn Pollock, an Omaha naturalist, environmental activist and Audubon Society member. Pollock introduced them to the Iowa Natural Heritage Foundation.

Scott Wendel used to ride horses on the land when he was young.

Because the land has meant so much to the family, they are keeping a 13-acre parcel at the top of the hills that enjoins the donated property. Now cropland, the couple plan to work with Wohlers on returning it to prairie. 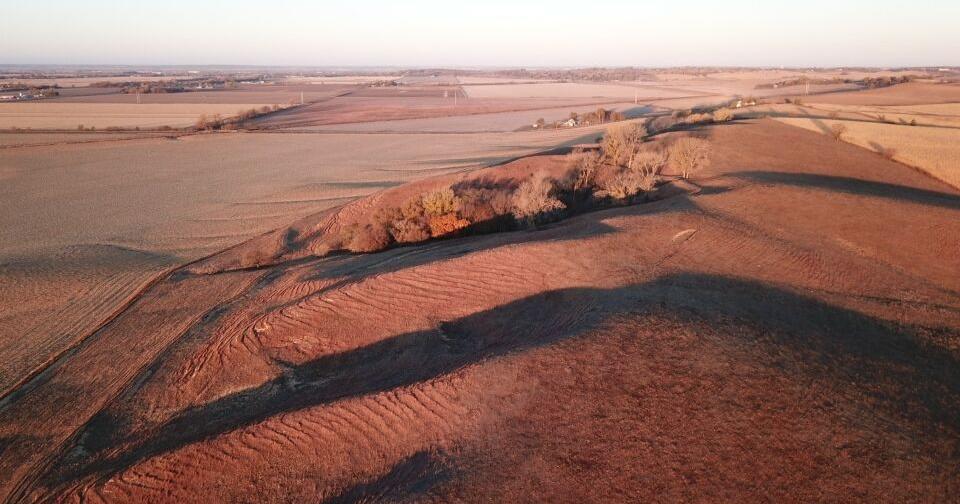 Scott Wendel wasn’t sad about losing the property his family has farmed since 1912. He feels a sense of happiness and satisfaction about its next chapter.

omaha.com
Reactions: h-hawk
You must log in or register to reply here.

Will the U.S. Embassy in Jerusalem Be Built on Confiscated Palestinian Land?

Johnson County acquires 83 acres near Solon for public use The former owners of Two Horse Farm also donated seven acres to the Iowa Tribe, original i