Nebraska’s gubernatorial primary race is over, but a legal fight between former candidate Charles W. Herbster and State Sen. Julie Slama continues in Johnson County.
Slama’s lawyers filed an amended response to Herbster’s lawsuit Monday with new details, including a more specific description of the allegations behind her counterclaim of sexual battery, as well as an additional counterclaim.
Slama was the only named accuser in initial reporting from the Nebraska Examiner in mid-April, which included allegations from eight women who said Herbster, Conklin Co. CEO and Republican mega-donor, had touched them inappropriately in recent years. Slama confirmed to the Examiner that Herbster had reached up her dress without consent and touched her inappropriately at the Douglas County Republican Party’s 2019 Elephant Remembers dinner.


Herbster has vehemently denied all allegations and cast them as a political hit job coordinated by opponent Jim Pillen and his supporter Gov. Pete Ricketts, as Pillen and Herbster competed in the GOP primary for Nebraska governor. Pillen won the nomination last Tuesday. Ricketts has said he didn’t have any involvement in the Examiner’s report, and Pillen’s campaign said it wasn’t behind the story.

Herbster filed a defamation lawsuit against Slama on April 22. Slama answered Herbster’s lawsuit shortly thereafter and filed a counterclaim alleging sexual battery. Court documents showed that, at the time, she gave notice to depose Herbster on May 6.


In the meantime, four female Nebraska state senators launched a fund to support women who had accused Herbster. And a second woman, Elizabeth Todsen, came forward by name with allegations that Herbster “sexually groped” her at the same 2019 dinner.

Herbster’s campaign made it clear he didn’t plan to attend the May 6 deposition and his legal team filed new court documents, including a motion to quash the deposition notice and seek a protective order that limits his deposition to “scheduling at a mutually convenient time.” It alleged the other side was playing politics with the timing, just ahead of the May 10 primary. Slama’s lawyers responded with a statement and objection in which they suggested they may pursue sanctions.


The candidate’s legal team filed another motion, dated May 6, seeking a protective order against Slama and her legal team, arguing that they were attempting to try the case in the press. Slama’s lawyers responded in a filing and called for that motion to be rejected.
In a filing Monday, Slama’s legal team added details and a new counterclaim based on statements made by Herbster and his supporters after the senator’s allegations became public.

“With this amendment, Senator Slama submits several new and revised pleadings to define the scope of this case as it shifts from the pace necessitated by Herbster’s cynical tactic of filing it during the gubernatorial primary, to the more orderly schedule of non-emergent civil litigation,” it reads.


As guests were called to their tables, Slama moved toward her assigned table and “felt Herbster’s hand reach up her dress and inappropriately touch her,” it reads. Slama was 22 years old at the time.

“Specifically, Senator Slama felt a hand reach up her dress from behind and first touch and grope her genital area on the outside of her underwear,” the filing reads. “She then felt the hand move up and grope and squeeze her right bare buttocks.”
She was startled and turned and saw Herbster removing his hand from under her dress.

“Herbster did not make eye contact with Senator Slama but she observed a smirk on his face as he walked away,” it reads.

Slama did not consent to the groping, it reads, and hadn’t met Herbster before the dinner. Others in attendance saw it happen or were “contemporaneously aware” of it, according to the filing. Slama reported what happened to at least two people, and she and others saw Herbster grab the buttocks of another woman at the event.
“Senator Slama was shocked, mortified, and traumatized by Herbster’s actions. Senator Slama was also frightened of retribution that could occur if she came forward because she knew Herbster was a multi-millionaire and a major donor for the Republican Party in Nebraska,” it reads.
According to the filing, she has suffered damages to her reputation; expenses both to mitigate that damage and for psychological care; physical illness; emotional distress and sleep disturbance; damage to her mental and emotional health; and general pain and suffering.
Slama is bringing a second counterclaim, of “false light invasion of privacy.”
The filing points to statements Herbster, his campaign, employees or “agents” made that framed the accusations as the product of Ricketts and Pillen, and framed Slama’s account as the result of manipulation and part of a plan to hurt Herbster’s bid for governor. It cites a press release, press conference, TV ad and appearances by Herbster and consultant Kellyanne Conway on former Donald Trump adviser Steve Bannon’s “War Room” podcast.

They put Slama in a “false light,” it reads, and resulted in damages similar to the damages listed for the first counterclaim.
A hearing in the case is scheduled for June 3. 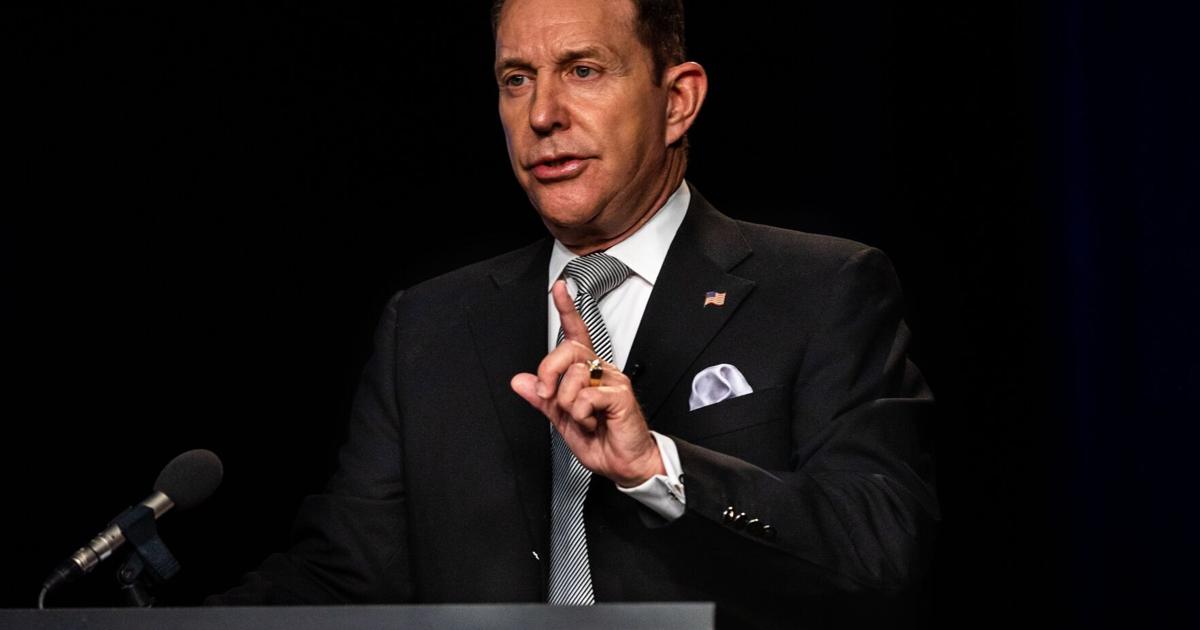 Julie Slama’s lawyers filed a response to Charles Herbster’s defamation lawsuit Monday with new details, including a more specific description of the allegations behind her claim of sexual battery.

Kelly Ann sure picks a lot of serial abusers of women to work for.
Reactions: cigaretteman
You must log in or register to reply here.

Slama fires back in legal fight against Herbster

Second woman accuses Herbster of groping her at dinner event