A new ramp and exit change are coming Thursday morning for drivers traveling south on Interstate 380 to Interstate 80, as work continues on the massive reconstruction of the Interstates 80 and 380 interchange.


The new I-380 southbound to I-80 westbound ramp is opening, which will simplify the interchange, according to an update from the Iowa Department of Transportation.


Thursday’s traffic switch is another milestone for the interchange project because everything will be on new pavement, apart from two ramp crossovers, said Hugh Holak, resident construction engineer with the Iowa Department of Transportation.

Earlier this year, in August, the last loop ramp closed and the flyover ramp from I-380 southbound to I-80 eastbound opened.


Come Thursday morning, southbound traffic on I-380 to will use one exit — Exit 0 — to travel in either direction on I-80. The exit point for Exit 0 will be about a quarter mile earlier than expected.


“That double exit southbound will finally go away,” Holak said.


After exiting, traffic will split into two depending on which direction they plan to travel on I-80. Drivers heading east toward Davenport should keep left and use the new flyover ramp that opened in August. Holak said the east ramp opened to two lanes instead of one last week.


Anyone heading west on I-80 toward Des Moines should keep right.


“That's our concept on all the legs of it,” Holak said. “When we're all done, it's going to be you choose to exit — that's your first choice — and your second choice is do I want to go east or west? North or south?” 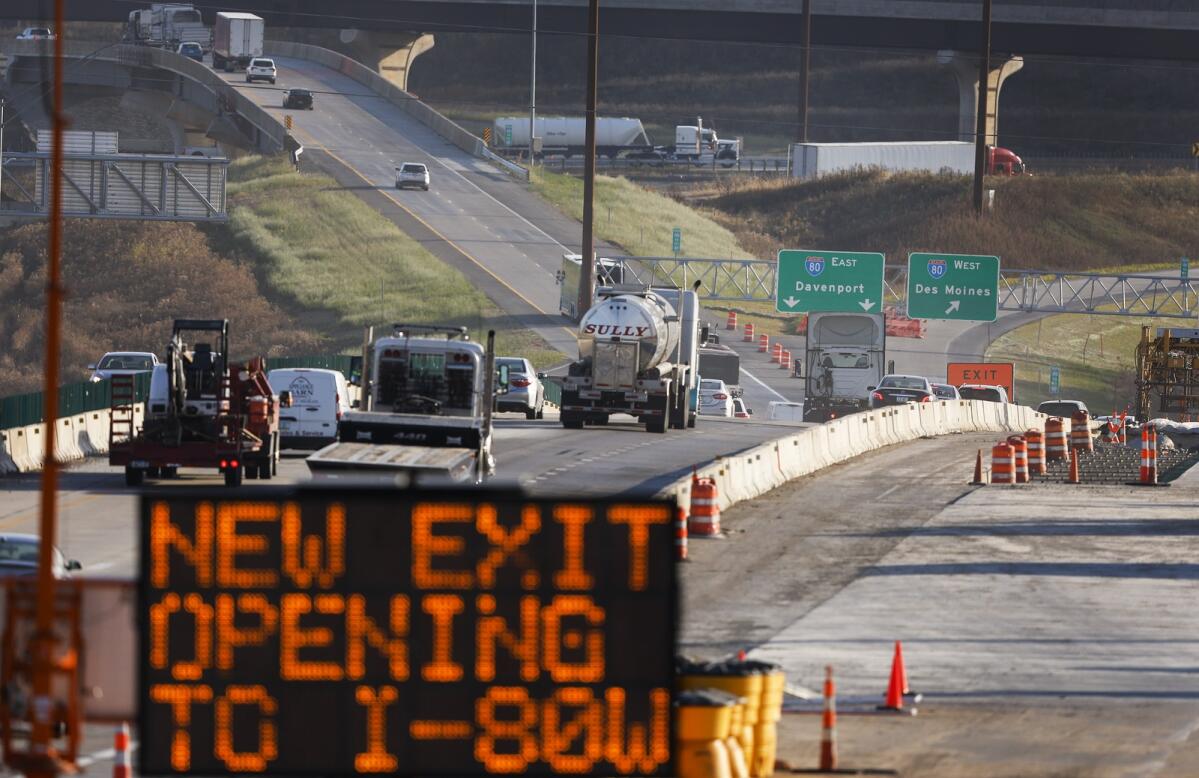 Heading south on I-380? A new exit ramp opens Thursday

Drivers traveling south on Interstate 380 who intend to go east or west on Interstate 80 will have to navigate a new ramp and exit that’s opening Thursday. The change is part of a massive reconstruction of the I-380 and I-80 interchange.

Nothing on there about having bison on it. I don’t want my tax money going toward this. I will poop on it.
Reactions: cigaretteman
P

Brilliant, excellent 21st century engineering and long term vision. Kudos to Iowa DOT and everyone involved.
Reactions: cigaretteman
You must log in or register to reply here.

DOT officials moving forward with plans to reconfigure the I-80 / 1st Avenue interchange in Coralville.

“We’ve changed the looks of his groin forever if you know what I mean,”