The Iowa Department of Natural Resources has fined a northwest Iowa dairy owner the maximum $10,000 penalty for releasing 376,000 gallons of manure into a creek from a new anaerobic digester that hadn't been properly sealed or certified.


Winding Meadows Dairy, in Rock Valley, was part of a wave of Iowa dairies that got permits to build digesters last year after Iowa lawmakers passed a bill that allows animal feeding operations to exceed capacity if they have a digester to treat manure.


Winding Meadows owner Terry Van Maanen got a permit June 25, 2021, to build a digester, which is a large tank that converts manure and other waste into methane.

The permit said manure couldn’t be added to the tank until construction certification had been filed with the DNR, according to a June 30 consent decree made public this week.


But in January, before the certification had been filed, a manure applicator pumped in manure and water from two lagoons “to see how the digester worked,” the consent order states.


The DNR estimates 376,414 gallons of manure leaked from the digester into Lizard Creek, a tributary of the Des Moines River that is one of the DNR’s designated water trails for paddling.


“It was determined the leak was likely caused by one or more control joints that had not been properly sealed,” the DNR reported.


The DNR assessed — and Van Maanen agreed to pay — the maximum $10,000 administrative penalty allowed by law.

This is based on the economic benefit Van Maanen received for not having to properly dispose of the manure, the seriousness of the violations and the responsibility he had to know the regulations for digesters, the consent order states.


The consent order doesn’t say whether fish were killed because of the spill, but does say parts of Lizard Creek were frozen at the time.


Digester advocates say the anaerobic process — used at wastewater treatment plants for decades — is a way to create electricity and heat, while the leftover digestate doesn’t smell like manure.


Opponents think promotion of the biogas industry is a backdoor way to encourage more large-scale animal confinements in Iowa.


Iowa lawmakers in 2021 passed House File 522, which allows animal feeding operations to have more than 8,500 animal units if all manure is treated by digesters. The law does not specify an upper limit.


Six months after the law was implemented, the DNR had permitted nine new digesters at Iowa dairies, the Gazette reported in December. 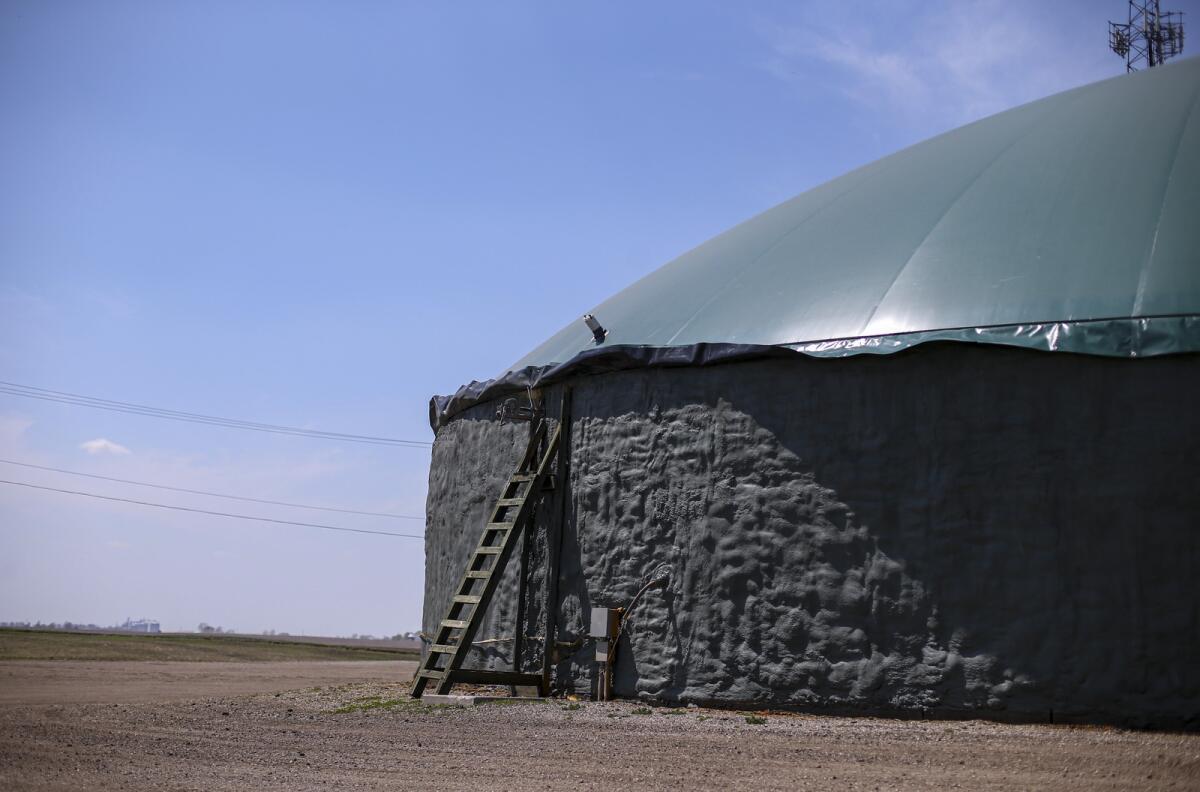 The Iowa Department of Natural Resources has fined a northwest Iowa dairy owner the maximum $10,000 penalty for releasing 376,000 gallons of manure into a creek from a new anaerobic digester that hadn't been properly sealed or certified.

Off Topic Saturday at 10:48 AM
SiouxCityHawkFan
S