Mary K. Brown had plans for a dying man’s foot, according to a recently filed affidavit.
As the registered nurse amputated her patient’s right foot on the afternoon of May 27, she told colleagues that her family owned a taxidermy shop, the affidavit alleges. Her co-workers recalled her saying that she planned to take the 62-year-old patient’s foot from the nursing home in Spring Valley, Wis., and display it at the shop.


According to them, she said she wanted to put a sign next to it: “wear your boots kids.”
Brown, 38, was charged Thursday with two felonies: mayhem and intentionally causing great bodily harm to an elderly person. The Pierce County district attorney has enhanced the possible punishment for each charge by up to six years because she’s accused of victimizing someone 60 or older.

Brown, who declined to talk about the accusations against her when reached by The Washington Post on Monday afternoon, faces up to 92 years in prison if convicted. Court records do not list an attorney for Brown.

Kevin Larson, administrator and chief executive of the Spring Valley Health and Rehabilitation Center, said in a statement that he and his staff “will continue to fully cooperate with the investigation into this matter.”
“The person identified is not employed with our community,” Larson added.
The 62-year-old man wound up at Spring Valley in March, Pierce County District Attorney Halle Hatch wrote in the affidavit. He had fallen at his home and, when the heat went out, suffered severe frostbite on both of his feet. Several nursing home employees described his feet as “black like a mummy.”

The man’s ill health extended beyond the frostbite. In the weeks leading up to May 27, hospice nurses cycled in and out of his room, expecting that his death was imminent, the affidavit states.
A few days before the amputation, the man rolled out of bed, Tracy Reitz, the nursing home’s director of nursing and clinical services, told Pierce County sheriff’s investigator Pete Koch. His already severely damaged right foot was further mangled in the fall, requiring Reitz to wrap it.


The man, who was “slightly coherent,” stared at his foot and apologized for the smell it was producing, Reitz told Koch.
Around this time, Brown asked Larson, the nursing home’s administrator, for permission to amputate, the affidavit states. Larson said no, telling her to merely stabilize the foot instead because he thought the man would die within hours. Defying those expectations, the patient held on for several days, Larson said, prompting Brown to amputate the foot because she “believed it was the right thing to do,” according to the affidavit.

Around 4:30 on the afternoon of May 27, Brown corralled and deputized her co-workers, identified only as Nurse 3 and Nurse 4 in court documents, to help her change the man’s bandages, the affidavit states. When they went in, Nurse 3 stabilized his foot while Nurse 4 held his hand. Both nurses told investigators that, as Brown changed the bandages, she expressed disbelief that no one had amputated his foot, according to the affidavit.


Brown then did it herself, cutting the foot with gauze scissors, Nurse 3 told investigators. The man didn’t seem to be in any pain, the nurse said.
Nurse 4 had a different perspective. She said she was busy holding the man’s hand when, all of sudden, his foot had been cut off, the affidavit states. Only after realizing what had happened was she able to figure out why the man’s grip was “extremely tight and he was moaning a little bit.”

Two days after the amputation, the man told another unnamed nurse that he had “felt everything and it hurt very bad,” according to the affidavit.
After amputating, Brown talked about taxidermy and mentioned the “wear your boots” sign, both nurses told the sheriff’s investigator. Nurse 3 said Brown mentioned taking the foot home to epoxy it, among other things, the affidavit states.


“She thought it was weird that Brown wanted to bronze the foot,” Koch wrote in the report.
Brown also talked to the sheriff’s investigator, the affidavit states. She admitted to amputating the man’s foot, even though the man never asked her to do so, conceding that the procedure was beyond the scope of her work as a nurse and she knew no doctor had approved it, according to the affidavit. She told the investigator that she suspected a doctor would deny her request, so she forged ahead without asking.

Although Brown failed to follow best practices by amputating without approval, Larson told Koch that he believes a doctor would have authorized the procedure if she had asked.
“He stated that he knows that the hospice doctor would have for sure,” Koch wrote in his report.
Larson said that, after conducting his own investigation into what happened, he determined that Brown had amputated the foot for the man’s “dignity and comfort” and because she “believed it was the right thing to do,” not for any malicious motive or to mistreat the patient, the affidavit states.


After amputation, the foot was placed in a red biohazard bag and put in a freezer, although Brown pushed Nurse 4 to retrieve it so she “could take it home to preserve it,” according to the affidavit. Reitz told investigators she nixed that idea, instructing Nurse 3 to monitor the 62-year-old man and make sure that, if he didn’t make it, his foot stayed with him. When he died days later, his body and foot went to a funeral home, where a medical examiner, noticing what he described as “the unusual circumstances” of the man’s foot not being attached to his body, alerted investigators.

Brown later told Koch that, leading up to May 27, the man had been talking to her about how he suffered less pain when the nurses pressed gauze slathered in Vaseline on his foot to keep air away from nerve endings. She told them that, by amputating, they would be able press the gauze right on the stump.
“She stated she was trying to make the quality of life better for him,” Koch, the sheriff’s investigator, wrote in the report. “When she is thinking of herself in his condition, she would have wanted it off.”

they can part me out if it’s not going to cost anything to get rid of my body. It has to be a u-pull-it situation.
Reactions: NDallasRuss

The civil penalties are going to cost her an arm and a leg.
Reactions: McLovin32, mthawkeyes, seminole97 and 2 others 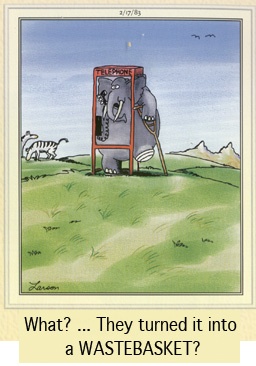 She better do all she can to put her best foot forward
Reactions: McLovin32, Finance85 and cigaretteman

HawkMD said:
The civil penalties are going to cost her an arm and a leg.
Click to expand...

Maybe I'm not jaded enough, but I'm surprised it was in the US. I saw the title and immediately thought of Thailand for some reason.

The lady should go to jail, and have to foot the man's whole hospital bill.
Reactions: cigaretteman and HawkMD
J

OILCHECKER said:
Probably one of Trads nurses
Click to expand...

Speaking of, where is he? Buying bottled water for Nicole?
Reactions: cigaretteman
You must log in or register to reply here.

This time it's Florida WOman. Time to let her live her her bad decisions?